Home Rumblings From The Deep Crowdfunding as an Investment

“Backing this game is a good investment.”

“You can back for a dollar now and put more in the pledge manager later but that doesn’t help unlock more stretch goals now.”

These are comments often seen on Kickstarter and Gamefound pages for companies like Mythic, Monolith, and CMON. Oftentimes in response to a backer wanting to back more but expressing concern with their budget or worried they won’t like the game. The quotes are from other backers trying to coax them into putting more money in now to unlock more stretch goals. These feel like rejected marketing attempts before pushers landed on “first one is for free” but that’s really the secret sauce of stretch goals, isn’t it?

I’ve sold some games and game expansions I’ve backed on Kickstarter and while I always recouped some money I wondered—is Crowdfunding board games a good financial investment?

Disclaimer: I am not a financial advisor, and this article is written for entertainment purposes only. Also, consider that I often donate games instead of selling them because it’s “not worth my time” and yet list an unpaid writer for a website as a hobby. What I’m trying to say is: I may not be the best judge of a good investment.

My initial hypothesis: Backing and selling crowdfunded games is not a good investment when compared to investing in mutual funds over a similar time frame. This is based on the theory that you invest money and may not see the game to sell for multiple years and with a saturated game market, any specific game may not be in demand. And some of these Kickstarter games end up not being as good as people hoped which makes them harder to resell.

Companies like CMON that have Kickstarter Exclusive Stretch goal boxes are often highly sought after. That’s due both to the insane amount of content it provides as well as a heavy retail presence increasing demand for a limited supply of extra content. A game like Monolith’s Conan, which flopped at retail, has uneven resale prices for specific add-ons due to a lack of availability, usability, and desirability. When I sold several a few years back the sales prices ran from losing $5 on a box to profiting over $100 on another with most being more modest profits. Overall, it was profitable, but the many of the gains were based on a single item.

Likewise, games that don’t go to retail like 7th Continent can be profitable. Including shipping and taxes originally paid, I profited about $20 selling the base game and the What Goes Up Must Come Down expansion. Checking a few other sales on the BGG market and that’s not out of the line of what some other sellers were getting recently. There are some outliers but with the BGG marketplace, it’s painful to research the why.

One reason some items go for well above market value is if they’re part of an auction like the Jack Vassel Memorial Fund. First to market sales are often higher as Fear of Missing Out (FOMO) is at its highest with the smallest supply (see the person who hilariously tried to flip Ankh for $1200). Both factors are important to note for folks trying to gauge the resale price of a game in their collection.

However, just making a profit does not mean something was a sound investment. I took a handful of BGG sales, Ebay sales, and some of my own sales histories and used the pledge date and sale date compared to the end of day price of SWPPX (Schwab S&P 500 Index Fund), a large index fund. Randomly buying and selling any stock/mutual fund is probably not sound advice either but, outside of a few major blips, including the start of the pandemic, the Index fund I was using was fairly stable and generally increasing, over the past 6 years. I specifically focused on miniature heavy games as those tend to be where I focus my attention and casually observed these trends of people considering games investments.

Data like this is highly subjective as it’s possible to cherry pick high or low values (that wasn’t my goal or intention) but I’m not aggregating overall values for specific items to get the best picture. Out of the small data set of 15 items I looked at (including multiples of a few games), the index fund beat the game 8 times—which I’d consider pretty even. The profits between the two tell a very different tale with the index fund racking up a hair over $852 while game sales profited a respectable $377 from an initial investment of $2220 spread across five years. Games had wilder swings with some big hits and some big misses compared to the slow and steady of the index fund.

But as a warning for anyone trying to convince their spouse that they should reduce their 401k contributions to buy the new hotness: for every CMON game with their Kickstarter exclusive box, there are games that you will likely never recoup your purchase price (*cough* Skull Tales *cough*). Don’t @me, I like pirates. I’d even be cautious jumping on the new hotness as games with large backer counts can sometimes end up flooding the market (like Everdell) along with the eventual retail presence.

So, is buying crowdfunded games a good investment? Maybe. Sometimes. Buying games with the intent to sell is like trying to pick stocks in the stock market. If you’re good at it, you can make a good profit but you’re likely going to miss the mark occasionally due to external factors beyond your control. Mutual funds are safer than stocks because of the diversification but that comes at the price of smaller gains. In my mind, the way to invest in board games is to buy the games you want to play; play them; and then sell them. If you lose $20 that’s made up by the fun, you had playing the game. And isn’t that the real reason we buy games?

Now excuse me, I need to put together a presentation to pitch to my wife about me backing Masters of the Universe. I think I’ve got the angle for getting a second mortgage on the house for an all-in which, when coupled with selling some Marvel United, should make enough money to cover a base pledge, some terrain, and one expansion… 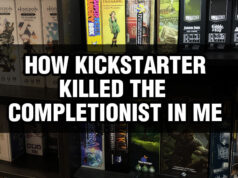 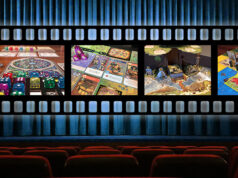 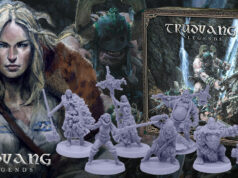