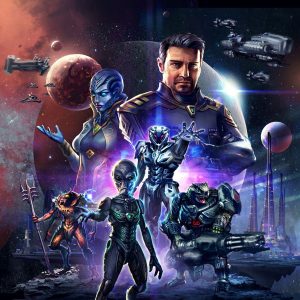 When writing reviews, one of the biggest challenges for a board game reviewer is to review something that competes directly with and offers a new take on something that’s already cherished. For example, if a reviewer is a huge fan of 7 Wonders (a highly praised, medium complexity card drafting game) then reviewing It’s A Wonderful World (another highly praised, medium complexity card drafting game) is difficult. The games may differ slightly in theme but the mechanisms and the approach to the subject with maybe slight modifications to mechanisms becomes the crux around which a reviewer will focus.

The other difficult objective is to remove as much bias as they can from their own love of a prior work to let the new game stand for itself. It is impossible to remove all bias from a review, and this reviewer urges readers to seek out reviewers whose tastes align with theirs. However, when approaching any game, a reviewer should be aware of their own biases and make them transparent.

So, as a HUGE fan of the board game Eclipse, this review of The Silver River will present a view that takes other games similar to it (which there are many) into consideration. It will also try to take account of the new approaches that the game asks players to engage with and see if they blend well to merit a purchase.

The Silver Rilver is a 2-4 player galactic civilization game that takes about 2.5 hours. It features conquest, exploration encounters, space monsters, and wonder building. It plays best with 4 players.

The full rules for The Silver River are available here. There is a lot to cover from the full rules, so this overview will cover the main mechanisms very broadly.

The Silver River functions similarly to many civilization building games. The game moves through four rounds (Ages) during which players will each complete actions in a sequence of four phases. The phases require choices regarding Production, Allocating Resources, and taking Actions. At the end of the game, players total points for game objectives. 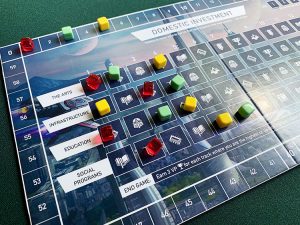 The main resource in the game is simply called “production”. Players also receive a set of cubes that function as various tokens throughout the game depending on which board they’re placed on. On the player board, they represent the allocation of production resources. On the main board, they’re the population. On other boards, they’re used as tracking tokens such as for the number of ships in a player’s fleets.

Two things are notable about Silver River’s economic game. Players will lock their spending for particular actions during the second phase of a round. This could be for civilization, military, technology, or political actions. If the entirety of a player’s budget is not spent (after a player passes), it carries over to the next round. Passing early is also an option that grants bonuses by advancing a player’s domestic agenda (the arts, infrastructure, education, social programs). This doesn’t deliver specific game effects. Rather, it boosts your production in the main action areas mentioned previously.

Another step at the beginning of the game is for players to choose personal objectives. These, along with public objectives, will usually award significant points at the end of the game. This decision will be crucial because it cannot be changed once the game has started. Other opportunities for points come from a domestic investment track, the number of production cubes a player has, and wonders completed. 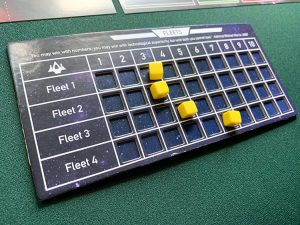 One narrative and strategic feature to be aware of are space monsters (with interesting miniatures). These are immensely strong creatures who occupy the Black Hole at the center of the board. Defeating them offers rich rewards such as victory points, production, and technology. Once defeated, a new monster of a higher level appears to menace the center of the galaxy.

If players want to know about the more standard fare for space civilization games, it’s got those. There are technologies to research, ships (only one kind) to build and move as fleets throughout the fixed board of planets, and a smattering of diplomacy using “political production” to gain votes for titles and draw tactics cards (temporary bonuses). Players can also colonize planets and build trade stations.

As mentioned above, there are a lot of actions to understand, and it is recommended to glance through the rules (especially the action section) for a better understanding of how it all works. 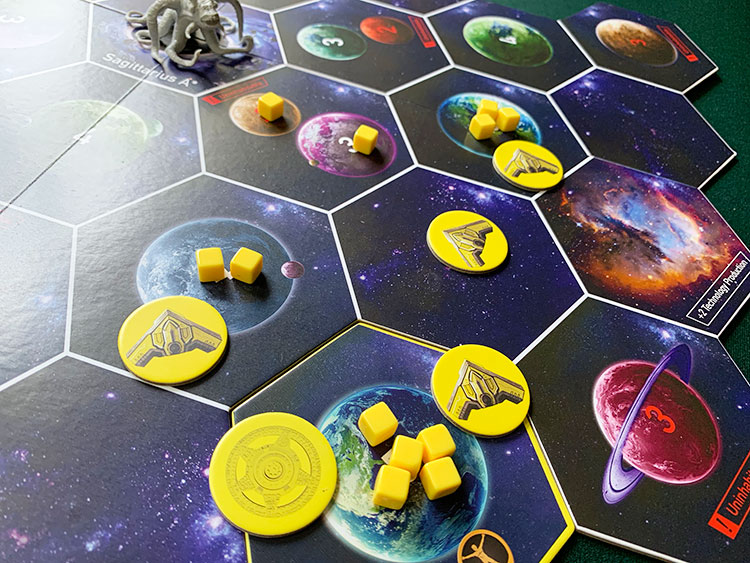 With any board game, reviewers usually approach the learning and understanding process by first learning the theme, game concept, and basic rules. Much like the beginning of this article, writers want to understand the macro level of what they’re playing before diving in and learning all the different mechanisms. For The Silver River, this reviewer is still at a loss to understand what aspect of the theme or mechanisms are unique or what style of game it is. The best description yours truly has so far is a “Space Adventure Civilization Game”. 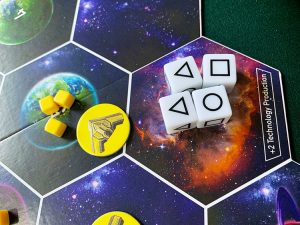 Many titles in the “space opera” genre are trying to replicate something external to board games in general. Whether they seek to imitate the successful computer game Master of Orion (1993) or they seek to create a board game version of Star Trek, Star Wars, Battlestar Galactica or Buck Rogers, every game has elements it draws from different source narratives. For The Silver River, it weakly tries to do too much without encouraging players to a single narrative or mechanism. At the core is a plain economic game, but the connection of every other mechanism in the game to this is perfunctory without real depth.

The most appropriate thematic origin for this title, as far as can be seen, is Buck Rogers meets Star Trek adapted to a civilization game. The exploration adventures and the different races seem familiar here. However, the 2 hour play time holds it back. When play time becomes a restriction to a game, it often results in more abstracted mechanisms and less depth for any particular mechanical element. Such is the case here. It’s easy to see what the game wants to be, but the shallowness of all the collective mechanisms leaves players feeling empty. 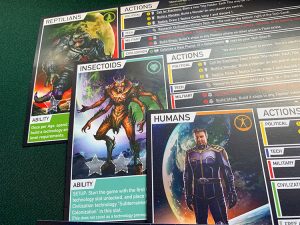 What could save this work is a more developed, unique theme of its own with miniatures and components to inspire players’ imaginations. The adventure element is strong in the game, but sadly, this is also something that doesn’t get enough attention. The art is minimalistic and while the player races are mostly unique, they’re drawn from the same unimaginative archetypes that have been around for decades. Couple this with bland components for wonders, ships, and space stations, and the flat tokens fail to elicit any energy with players.

As mentioned at the beginning of this article, it is hard for this reviewer to play The Silver River without comparing mentally to Eclipse, Twilight Imperium, Empires of the Void, or Space Empires: 4X. Each of those games has a distinct voice that explores a perspective on the civilization-in-space genre. The Silver River tries desperately to engage in like manner, but it really leaves players feeling unsatisfied with multiple underdeveloped mechanisms. For this reviewer, it’s better to think less about combining so many elements with an acceptable playtime than it is to just make something with a unique or updated take on the genre.

Final Score: 2.5 Stars – The ambition of creating a 2 hour galactic space epic is still a myth and The Silver River’s own lack of depth is a testament to this shallow experience.

Hits:
• Hybrid mix of mechanisms
• Actions to take even when passed for the round