When it comes to board game organization, there are usually a few schools of thought.

Some people will separate every single component into various baggies, even if it takes 20 bags in a game, and then proceed to label each bag (guilty as charged).

Others will throw caution to the wind and just dump everything in the box and sort it as needed (just the thought of that gives me the shivers).

Finally, there are the people who don’t mind spending a bit extra on a third-party organizer. These become a bit more prevalent as gamers start to buy expansions and want to fit it all in the base game box.

And in the realm of 3rd party organizers, wooden organizers are easily the most ubiquitous.

However, these wooden systems are not without their flaws. For one, they have to be assembled, some of which can take over 60 minutes requiring detailed instructions, glue, and usually a few choice curse words. They also can add a decent amount of weight to the box, which can be noticeable when you have a few games in a tote bag.

It’s with that in mind, we are going to take a look at a newcomer to the field. Zen Bins tosses the need for wood, glue, and instructions out the door with its new line of plastic organizers.

Zen Bins sent us their organizer for Star Wars: Rebellion for testing and I must say, it works rather nicely.

Previously, I had been using my patented zip lock baggy system, which, while it works, doesn’t make setup and tear down all that quick.

With the Zen Bins, I was able to set up the game very quickly and tear down was much easier since each bin was labeled with what goes where.

The hardest part with the Rebellion components has to be keeping all the ship pieces organized. They are fairly tiny and no one wants to hunt through a pile of plastic pieces to find that one specific miniature. During the game, I can now keep the various ships and troops in their trays, easily pulling them out as needed. 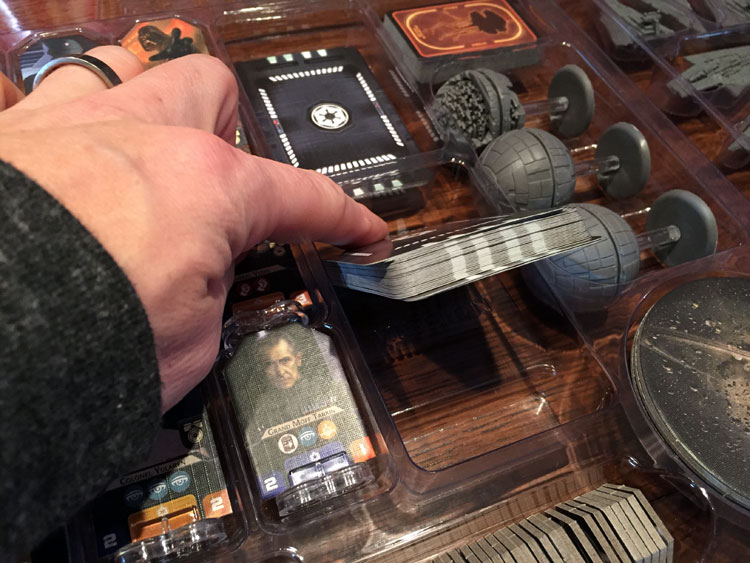 The trays also include wells for each of the cards with a rounded bottom so you can push one side of the card deck to easily pop it out. This was a nice feature as, more than once, I’ve had to try to jam my fingers into a plastic tray to try to fish out a deck of cards.

As someone who stores all their games vertically (my wife calls it a “game library”), I’m also happy to report that the pieces do not fall out of the trays if the games are sideways. I even tested out flipping the box upside down and nothing got messed up. 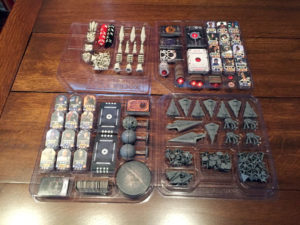 To be honest, I really don’t have too many complaints with the Zen Bin for Star Wars: Rebellion. My only concern is that if Fantasy Flight releases an expansion at some point (which they are well-known for), that it might not be compatible with the current organizer.

That being said, Rebellion is already complex enough that I don’t really see myself jumping at the gun to add more content to this 3+ hour game.

Currently Zen Bins has organizers for Star Wars: Rebellion and Star Wars Destiny. I really like their products and hope to see them expand their line a great deal more. 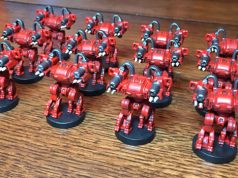