Back in my roleplaying days, one of the things that I always sought for game sessions was immersion. I really wanted to feel like I was part of the scene and the experience was as cinematic as possible. One of the easiest ways to do this was to have a running game soundtrack.

Here’s where YouTube comes in. For a long time, gamers have been compiling their “best songs/sounds for X scene”. Whether it’s a gritty, spooky dungeon, or a fire-filled fight on top of a volcano, gamers have been cultivating lists of tracks for every occasion. 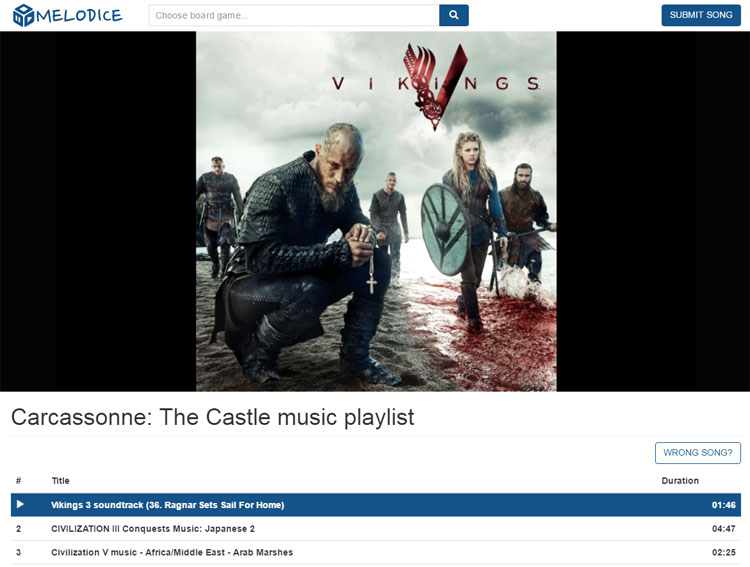 Well, board gamers approach the same concept not from a scene perspective but from a game perspective. For gamers seeking the perfect ambient music for any game, Melodice.org aims to provide.

The concept and implementation of the site are really straightforward. Simply enter a game name, and (hopefully), Melodice drops you on a page with a YouTube compiled list ready to play. The best thing I can hear so far is that there are no advertisements at the beginning of any track. If you discover any, please let us know in the comments below. 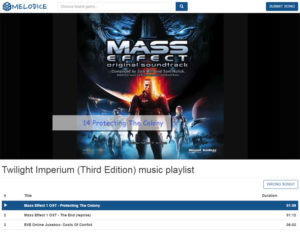 The other features allow for users to submit new songs for a game track list or to click a “Wrong Song” button. I’m not exactly sure how the game tracks are cultivated, but a certain track for Tikal bothered me so I clicked the button. Not much happened. It’s possible it’s a crowd-sourced feedback system whereby a certain number of votes are required before a track is removed.

Otherwise, I browsed around for a few games and there are A LOT of game titles in the database. I almost suspect that there’s an algorithm searching YouTube instead of precompiled lists. In either case, about 80% of the time, the song/ambient sound struck the right mood for the game. The other 20% of tracks were skip-fodder.

If you’ve got a decent setup for music or ambient sound for your gaming situation, I recommend Melodice.org. It definitely makes grabbing some fun music for game night an effortless task.