Board games allow for the unique experience of doing something you might never do. Things like building a new civilization, owning a network of power plants, or commanding an army of the undead are all things that I feel relatively confident that I won’t do in my lifetime. I have played a few Dungeons and Dragons sessions in my life and the idea playing a sorcerer controlling of a plethora of dragons sounds pretty awesome. If any you reading this feel the same, then this weeks Kickstarter of the Week will be right up your alley. 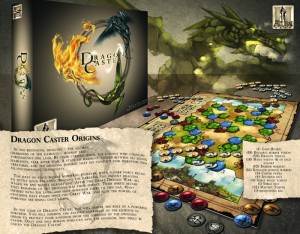 Dragon Caster, by Azurai Games, is a dice rolling and grid management game where players call upon elemental dragons to sweep the countryside to eliminate the other player’s sorcerer and dragons. The game caught my eye because of the two or four player requirement to play. Moreover, a game that has an estimated game play time of thirty minutes makes it an ideal candidate for a game to play with my wife after the kids go to bed.

Prepare to enter the world of Dragon Caster, where the ancient land empowers the player with magic long ago forgotten. Dragons – the ancient guardians of the elements – are awakening; war is imminent. The time has come. Harness your potential. Call upon your dragons and take control.

In the game of Dragon Caster, you take on the role of a powerful sorcerer — fighting other Casters for glory and conquest. Your casting numbers represent either the dragons you can summon to battle, or the type of mana that your dragons may obtain. This mana can be used to grant your dragons a variety of special powers. In order to gain victory, you must destroy the area containing your opponent’s Caster.

There is still time to get in on some of the early bird discounts for this Kickstarter.  One gets you the game and all stretch goals for $40 while a pledge of $60 will get you upgraded pieces. The game is over 50% funded and well on its way to reaching the funding goal by July 6th. If this game sounds up your alley consider backing it to help make this game a reality. 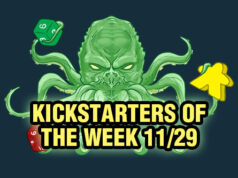 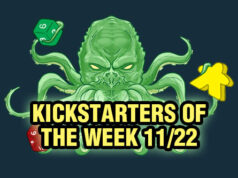 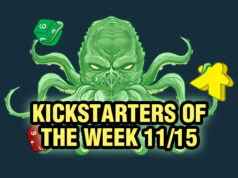