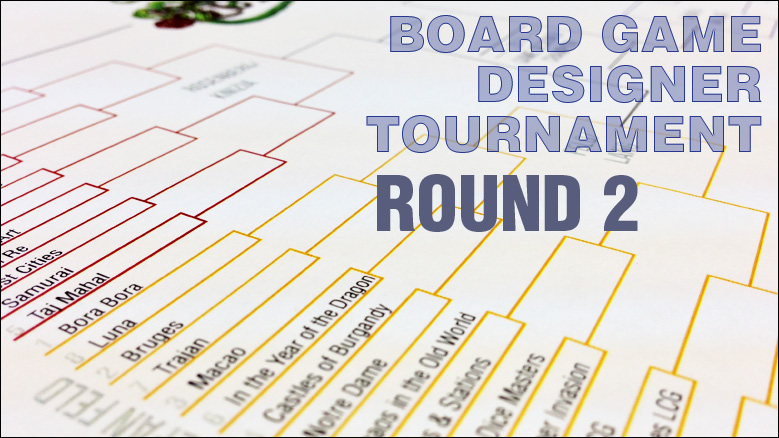 Voting is closed for round 2. Check back on Wednesday, July 8th for the start of Round 3!

Round one is officially in the books and we have already narrowed the playing field in half. If you missed the start of the tournament, you can head back and check out what’s going on. But the short of it is, we are giving away some games for our upcoming 2 year anniversary and we want you to help us decide what to give away. You can see who advanced to round two in the bracket below. We had some very close matchups (Hanabi narrowly beating Takenoko and Dungeon Lords just inching out Dungeon Petz). We also had a few big upsets in round one (Bruges losing out to Trajan and Lost Cities beating Amun Re). I hope your bracket is doing better than mine is at this point. 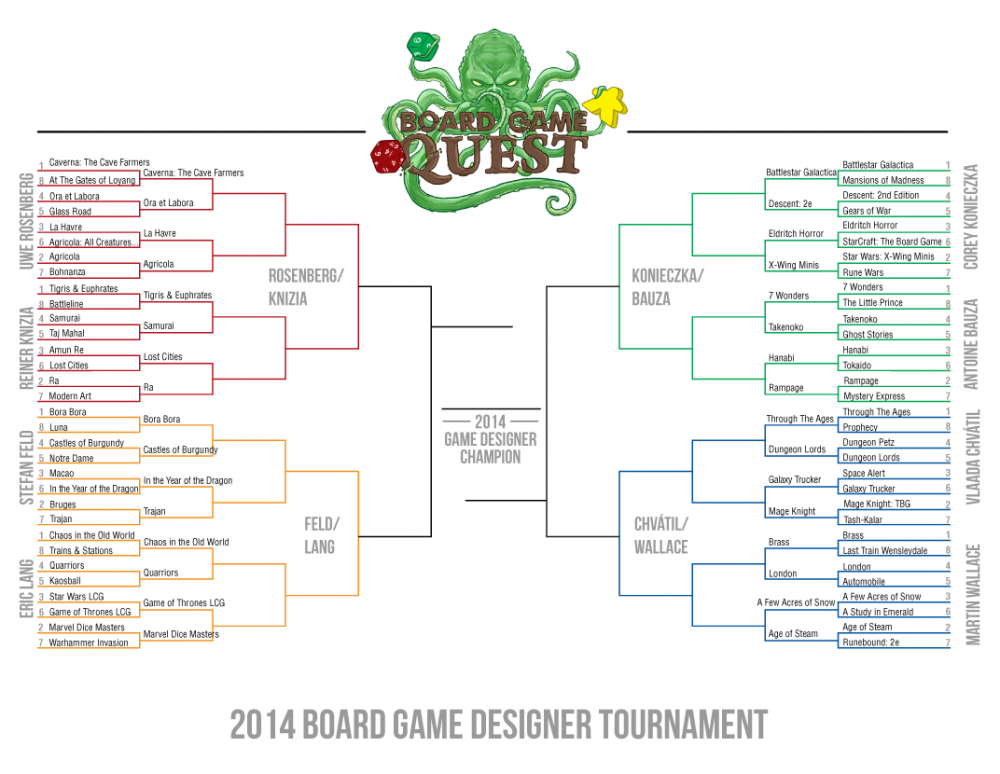 So now it’s on to Round 2. From this point on, we’ll be voting on all the games in each round as we get closer to choosing a winner. Right now there are 4 games from each designer left. You have until Tuesday, July 8th to cast your vote so no procrastinating!