Round 4 is in the books and we finally have some designers sent to the bench. If you missed the start of the tournament, you can head back and check out what’s going on here. But the short of it is, we are giving away some games for our upcoming 2 year anniversary and we want you to help us decide what to give away. The bracket below will show you the full field and who has advanced. We’ve had 4 rounds of voting now and, we are down to our final four games. Agricola by Uwe Rosenberg has knocked off Reiner Knizia’s Tigris & Euphrates. Sefan Feld’s underdog The Castles of Burgundy has knocked out higher seeded Chaos in the Old World by Eric Lang. On the other side of the bracket, Antoine Bauza’s 7 Wonders has marched on past Corey Konieczka’s excellent Battlestar Galactica board game. And finally, Marin Wallace joins the other 3 on the sidelines after his Age of Steam got defeated by Vlaada Chvátil’s Through the Ages. 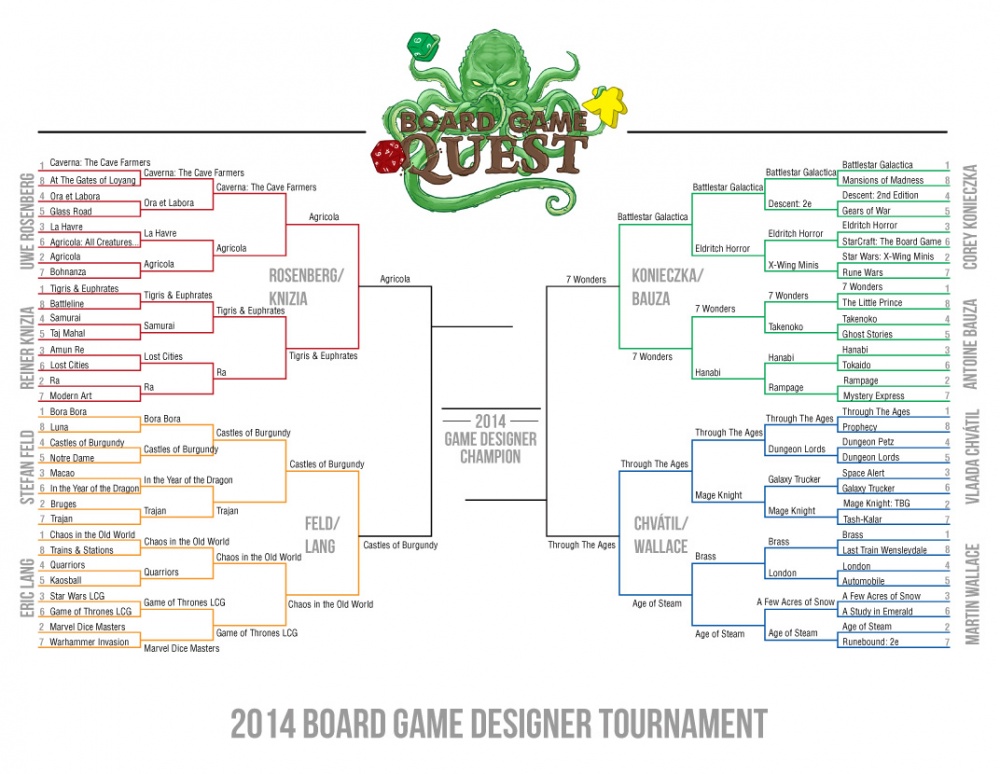 It’s now time for the final four voting. The winners here will face off against each other next week to determine whose game reigns supreme. You have until Tuesday, July 29th to cast your vote so get to it!