Writers for Board Game Quest are occasionally asked to evaluate a product that we might not be the main consumers for. In the case of a board game subscription service, receiving a monthly drop of board games is something we’re familiar with as a matter of course. For gamers out there paying for this type of service, you probably want to know what to expect.

Recently, we received a sample subscription box from Board Game Bento (provided for us to review). The package comes monthly in a colorful box with a small collection of games. There’s a description of the specifics on their web site, but the basics are that for $50 a month you get an assortment of games set to you each month. Overall, it’s a very straightforward concept.

What gamers really want to know is what is the overall quality and production level of the games included. If the games are all smaller publisher titles barely past prototype level, that’s a different value than top tier games arriving each month.

In our shipment, unboxed in the video below, you can see exactly what we saw when opening the box. A decent expectation is three games: one “filler” level game (Rocky Road ala Mode), one medium box (Hotshots), and one more mainstream level game (New York 1901). All of the titles are light to medium in terms of difficulty and still relatively new. The box also included one cooperative game which was nice. Overall, it’s easy to see that the games provided are curated and sometimes also have a theme.

What’s our opinion? This is a great service for gamers who aren’t too particular about what they play and just want to be more experienced overall when it comes to games. For more experienced gamers, you might be disappointed unless you just like collecting.

For new gamers, when you haven’t played a lot of games, gaining the experience from trying out different titles is incredibly important to understand what game mechanisms you enjoy and which ones are frustrating. It also allows you to begin to understand the common tropes of rules when you sit down for a game taught by others.

More experienced gamers (who have been in the hobby at least two or three years) already have a rucksack of game plays to draw from when picking out new games. However, if an enterprising game group pools their money for a monthly delivery and finds a way to share the spoils, Board Game Bento is also beneficial because the games will stay in the group for multiple people to share.

As for the quality of the games, they appear to come from experienced publishers. None of the games included generally have stellar ratings, but we would not call any of the titles “bad” games. They’re not the cream of the gaming crop, but they also don’t appear to be games that would get seriously negative ratings from us. That being said, one month’s game box included Walled City: Londonderry and Borderlands which happens to be one of my favorite games of all time.

If you’re curious, Board Game Bento also has a month-to-month option or a 6 month option for 10% cheaper. They have also provided BGQ readers with a 20% off discount code if you would like to try out the service. Use the promo code: QUEST20.

If you have some experience with their service, let us know in the comments what to expect as well. 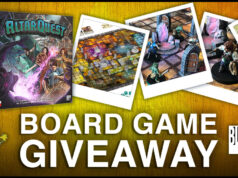 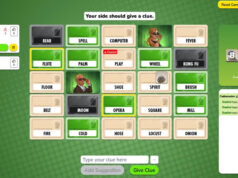