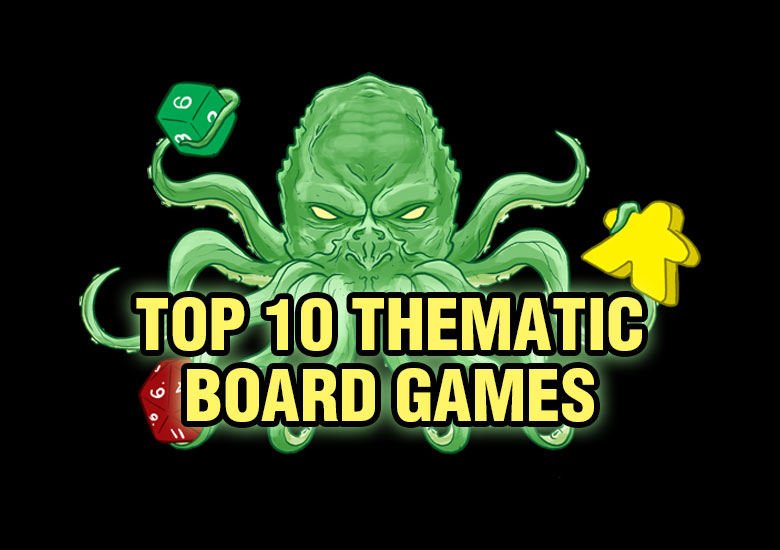 Honestly, Tony should be the one making this list. In our short time working together, we are in agreement that our tastes have very little crossover. Any time I mention that I dislike a game because it’s not my style, there’s a solid chance it would be more in Tony’s wheelhouse. (Tony’s note: Our lists would look very different).

I wanted to take a look at the Thematic realm of games from a different base. The games I tend to enjoy tend to be more heavy Euros, small card games, low-luck economic games, and the occasional game focused around combat. As for my Top 10, I considered a game “thematic” if the theme is the most important aspect of the game. While some of these have traditional Euro mechanics, their themes are not pasted on and do more from the game than take away from it. In a lot of Eurogames, the theme can also be lost in the terminology. A game like Hansa Teutonica has names for the cubes and discs, but I could never tell you what they’re actually called. The terms in thematic games tend to immerse players more into the theme.

I’m obviously a hair behind since a new version of Claustrophobia was released last year. But the 2009 two-player dungeon crawl still holds strong a decade later. Scenarios offer a wide range of objectives, gameplay, and balance, all while taking under an hour. The two sides both use dice for their actions each round, the demonic side choosing dice to summon troglodytes, adjust stats, and give new traits to units. The players of the church slot dice into boards for each human that will determine the stats of each round and available spells or abilities. Honestly, there is nothing like Claustrophobia, outside of last year’s Claustrophobia 1643.

Yes, I know. Mage Knight had a Star Trek retheme. But looking at Mage Knight itself, the theme drips from every component. I tend to dislike deck building, but the way Mage Knight does it is interesting, in both using the cards and acquiring them. The board grows, and each hex has a different purpose that players are considering. All the while, the cities loom in the distance as the end objective. A note as to why Mage Knight is only at number 9, I would only play this solo or two-player cooperative, and the rules are a HUGE barrier to entry. This is not an easy game, but is rewarding to those who master it. 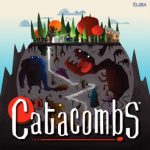 Another unique dungeon crawl, Catacombs is a dexterity-driven game where all character moves and attacks are done through flicking. The overseer puts out minions that have various stats and abilities to strike down the heroes. The four heroes navigate through multiple floors of the dungeon, stopping once or twice to pick up new equipment, before facing the overseer’s Catacomb Lord. This game takes the usual components of a dungeon crawl, like line of sight or area of effect spells, and uses a player’s flicking accuracy to answer the outcomes. 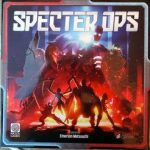 This is not the first hidden movement game that will be featured on the list. Maybe it’s a love of hide-and-seek that I’ve had since my youth. But Specter Ops is one of the best. Specter Ops’ theme is all based around a “get-in, get-out” mission for an agent, who moves by writing their path on a pad of paper. The other players play the hunters, characters with thematic powers focused on finding and killing the agent before they complete three of the four objectives and get out of the base. Compared to other hidden movement games, a lot of Specter Ops is focused on line of sight. If the agent zips past one of the hunters, it leaves a marker that shows their last-known location, so the feel of the game is different. Plus, there’s a car the hunters can drive.

6. Tales of the Arabian Nights

Some call this a sandbox game. Some would argue that it’s more of a book than a game. But there’s no debate that the book of stories in Tales of the Arabian Nights connects the players so much to the theme. Throughout the adventure, players stumble upon quests to complete, statuses that can help or hinder their journeys, and in all cases do as they wish when encountering the people of Europe, Asia, and Africa. The system Tales of the Arabian Nights gives the players full choice as to what they do… but the consequences are never easy to tell. Did you pray for the hunchback? The townspeople may exile you due to the hunchback’s thievery. Did you rob the beggar? Well, now you may have some new treasures! Did you question the wizard? He may be insulted by your gesture and kill you. There really is no rhyme or reason to the madness, but I love it. 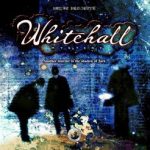 The second hidden movement game I’m mentioning, Whitehall Mystery would be considered the purest hidden movement game on the market, right there with Scotland Yard. Once Jack the Ripper is found by the police, it’s game over. There is no combat, unlike Specter Ops. The police must do what they can to catch Jack the Ripper player before he kills four London victims. Jack has some special movement options at his disposal, like coaches, boats, and alleys to sneak down. The police even have optional player powers to use. Of the hidden movement games I will mention, Whitehall Mystery is the shortest, finishing up in under an hour. In terms of set up time, there is virtually none as well. If looking for a quick to play, low-commitment thematic game, Whitehall Mystery is the go-to.

Similar to Tales of the Arabian Nights, Sherlock Holmes Consulting Detective is a game of mostly reading. Each box comes with about ten cases for players to explore. You play as detectives who are hired to solve thefts or murders in the late 1800s, while Sherlock himself solves the same case parallel to the players. The game does this without a traditional board instead giving the players the case book, a newspaper for that case, a universal map of London, and the directory. Each paragraph has the players trying to fit the puzzle pieces together and calling out accusations to those that end up being innocent. It isn’t a traditional board game but stands right up there with some of the most thematic games on the market. And there are three different versions to play through!

I used to be leery about recommending The 7th Continent due to difficulty in obtaining it. But now, three years after the first Kickstarter campaign ran, Serious Poulp has released a classic edition that is available on their website. The 7th Continent is another game that sees players reading, but instead of having a book of paragraphs, a percentage of the cards will have text that players must either make skill checks or learn more about the continent. The rest of the cards make up the land that can be explored at the leisure of the group. Do you look up the card with the random number printed by the bones? Do you play it safe and go a route that you’ve already explored? And what’s nice is The 7th Continent has an easy-to-use save system. 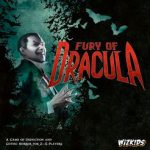 The last and most thematic hidden movement game on my list, Fury of Dracula is a game that’s primed to be played at the annual Halloween game night. One person plays as Dracula, who is moving about Europe, attempting to influence the continent by raising new vampires and biting his opposition. His opposition, the hunters, must find and kill Dracula. It sounds easy on paper when it’s four versus one, but Dracula will be placing traps along his path, and bringing about events that may change how all of Europe may function. Fury of Dracula has some of my favorite combat in board gaming, using a card-based spin on rock-paper-scissors. Every event, weapon, player power, card, token, and illustration helps to drive the theme in every way. 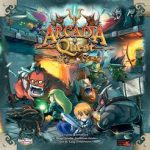 Honestly, this is not a game I should like. It’s got dice combat, there can be a bit of imbalance in characters, and setting up the scenarios can take longer than need be. But gosh, Arcadia Quest hits all the right buttons for a game with competition, variety, and hilarity. Playing through multiple games of this creates an arc with new items to wield and grudges to hold. Each scenario has a different feel, depending on the monsters, tile layout, and bosses that linger behind the doors. Even the spells and weapons match up to their mechanics. Arcadia Quest is a package that leans on the theme with all that it’s got.