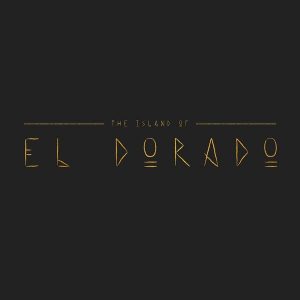 There’s a store in the mall near me. It’s called Marbles: The Brain Store. It’s a shop for people interested in jigsaw puzzles, crosswords, abstract strategy games, and physical puzzles of many kinds. They sell lots of items from ThinkFun; Gravity Maze comes to mind as one of the standouts.

The reason I bring up this store is that they often sell high component quality board games. They market their items as gifts as well as for customers interested in more mental pursuits. The noticeable quality in all their games sold is that these stand out for their table presence. Games that people tend to buy in a store have that quality. There are no playthrough videos or rules documents to browse, so images on the back of the box are what sells the game.

By this time, Island of El Dorado really hopes you’re sold. Let’s see if the rest of it lines up to earn a purchase from discriminating gamers.

Having landed on a mysterious island searching for the eponymous lost city of gold, players will explore, gather, and possibly fight their way to discovering four shrines that resemble Aztec temples. Beginning a game is simple: shuffle the island tiles, shuffle the cave tiles with a shrine in the bottom half of the stack, then place your explorer meeple on a single island tile drawn randomly. If it’s a shrine, shuffle and redraw.

On each turn, players complete 3 steps. First, they will roll dice to determine movement and the gathering of resources. For this step, there are two ways to play. The casual mode has players roll 2 gold 6-sided dice. They choose one die for movement and another die for gathering. The “hardcore” mode has players choose one side of a single die for movement, and then they receive the opposing face of what they chose as gathering points (i.e. if I choose a 5 for movement, the opposing 2 will be my gather).

After rolling, players will decide how much of which resources they gather based on which tile type their explorer and villagers next to farmhouses are on. For example, let’s assume my die result is a 5. I have a villager on a mountain tile and my explorer is on a forest. I could gather 3 gold and 2 wood, 4 gold and 1 wood, or 5 gold, and so on.

Moving is simple, move your figure if you enter an empty space, reveal a tile and place it where you intended to move. If it’s water, place the water without moving onto it, and do it over. Tiles besides shrine tiles could be mountains (produce gold resources), forests (produce wood), and fields (produce food).

Finally, on your turn while moving, players can also buy new buildings or attack as part of moving. For new buildings, players will spend resource cards they gathered previously. Usually, this involves a player’s explorer to be on the space for the building or for a villager, placing the figure next to a farmhouse.

For attacking, players can move with other villagers as long as they pay 1 gold for each space the group of villagers moves. If players move into spaces occupied by another player’s figures or fort building, a battle takes place. Players will roll 6-sided dice that have the faces of 0,0,1,1,2,2 for each point of strength in the battle. A player’s strength comes from their explorer’s level, the number of villagers, and if a fort is involved in the battle. The higher roll wins the fight, the defeated player’s figures and buildings are removed, and the winner moves the losing figure somewhere else on the map.

To win the game, players must sacrifice resources at 3 above-ground shrines which must be discovered as they explore the island. Each time they do this, they gain a level for their explorer. The fourth shrine is somewhere in the cave which is a below-ground location whose entrance must also be discovered. Once a player explores the cave, they will fight off some creatures (as a battle above) and hopefully find the grail-esque shrine. This fourth shrine might not be the final shrine they need, but the enemies in the cave will encourage players to level up before venturing inside.

The first player to make sacrifices at the three above-ground shrines AND find the fourth shrine wins the game immediately.

Frequent readers who have honored me with their attention will know that I don’t shift into first person reviews lightly. As a reviewer, I believe in maintaining a certain distance from my subject and the appreciation or disapproval of a product in these few sentences should provide some guidance to what I think players will expect from a purchase. I don’t take that task lightly. Often I spend days thinking about a review, just like this one.

You may be scrolling down by now to see the 1-star rating. That is not the case. Here, I must be completely honest, The Island of El Dorado is not a bad game, but I very much dislike it. In an interview with the designer, I learned that the goal was to create a light board game that gave the feel of modern board gaming to people completely new to the hobby and to help them have an experience with an emergent story.

As part of that design conceit, The Island of El Dorado introduces practically complete randomness into the island tile stack relying on that randomness to drive the unique narrative of play. With different tiles each time, new gamers can be lured into thinking they’re forming unique strategies with each play. In my experience, I have found there are really very few strategies, just variations on tactics from game to game.

In addition, The Island of El Dorado relies on no scaling modifications for the game. The experience for two players is the same as for five players. The result of this is that players can separate and pretty much avoid each other until fate decides which player discovers a shrine or the cave entrance; lucky them! Then a battle will need to be waged or the unlucky players could possibly just discover new tiles to move around the opposing blocked shrine. With five players, the tightness of the island space creates interesting moments, but the same tactics are likely. At anything less than that player count, a conflict-light openness of the island is possible. I could also mention that it’s entirely possible that even with a random shuffle of the tiles, the first tile could be completely surrounded by water. What fun!

One of the litmus tests I have, before I give a 1 or 1.5 star review, is whether I feel anything is “broken” in a game. It’s a question of whether an experience is a possible non-functioning design or the player choices are mechanical, gameplay not fun, or engagement level is extremely minimal. Don’t get me wrong, The Island of El Dorado LOOKS great. It’s visually appealing the way a nice chess set can sit on a table and encourage someone to start moving pieces. And the gameplay works despite the extremely random edge cases of tile placement.

But, as an experienced gamer who has taught many new people modern board games, I’m just barely putting this in the “average” column. There are SO MANY better introductory games with choices that really get brain cells going. There is nothing new in this design and nothing in the combination of mechanisms that will really encourage new gamers to dig deeper into board gaming.

The Island of El Dorado is the kind of game you would find at Marbles: The Brain Store. It makes a lovely gift for non-gamers who are used to games such as RISK or Monopoly. This is not a game that gamers experienced with modern game designs will take seriously. This is beer and pretzels (more beer the better) fair with a heavy dose of randomness to aid a narrative of alleged strategic decision making. If readers are looking for a coffee table presentation to encourage visitors to think of you as a connoisseur of great board games, buy this and set it up for display only. The Island of El Dorado will spark a conversation that will lead to discussions of so many better games.

Final Score: 2 Stars – Great looks don’t keep this one on the table. It doesn’t bring the intellectual stimulus to match.