We review Project L, an engine building game that uses polynomial tiles. In Project L, you are using Tetris shaped pieces to fill spaces on cards to score your victory points. 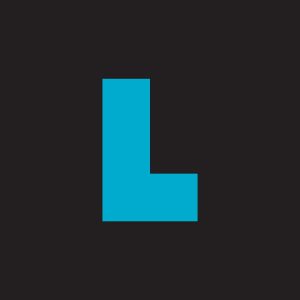 My game group loves engine building games. Like… a lot. From lighter weight ones like Gizmos or Masters of the Renaissance to the much more involved Terraforming Mars. All of those games, of course, have some theme they try to use to build a game around.

Not Project L though. It happily skirts the theming in exchange for accessible mechanisms, simplicity when learning, and a really well-produced package. That great production comes with a price though, so let’s jump in and see if it’s worth your gaming dollars.

There isn’t really any theme going on here for me to use to explain what happens in Project L. Instead, suffice it to say you’ll collect polyomino shaped pieces and use them to fill in tiles to get more of those pieces and earn points.

All of this is accomplished by taking three actions on your turn. Most of them can be performed any number of times. Those actions include:

There is one action that really ties everything together though. And it is the “master action” that allows you to add one piece to all of your current tiles. And you can have up to four tiles at any given time.

When you completely fill in a puzzle tile, you’ll immediately get all of the pieces back to your supply and it will give you another piece from the common supply as well. There are two varieties of puzzle tiles. White tiles generally give you a higher level piece (but few or no VPs) and black tiles give you more VPs (but a low level piece).

The game ends when the black puzzle deck is empty. Players will finish one additional round and then the player with the most points is crowned the winner.

So the game of Project L really revolves around how efficient you want to try to make that master action. If you only use it when you have four tiles and four spare pieces lying around, you’ll get the best bang for your buck.

But of course, that makes for slow starts. You really can get ahead by completing some white puzzle tiles to get upgraded pieces early on and snowball those into more success.

Overall you have to make a lot of choices about when to turn the corner from getting a better supply of pieces and trying to maximize action efficiency. And all of these decisions in Project L play out over about 30 minutes. The game packs everything into a very simple to teach and play package.

The trade-off for just simple gameplay is, however, a bit of a lack of depth. You can certainly make some adjustments and try out slightly different strategies from one game to the next. But those changes are tweaks rather than really completely new approaches. Every turn, every game, will be some amount of getting pieces and putting them into recessed puzzled tiles.

I really do enjoy games where the timing of the game end is well within the control of the players. And that is especially the case with Project L. If you think you’re ahead you can take all three of your actions grabbing black puzzles to accelerate the final scoring. But the game doesn’t just end immediately, so wasting time to push the end game can come back to bite you if everyone else is spending their time making points while you just take things.

Even when the game ends, everyone has a chance to complete any incomplete puzzles they have, if they have the pieces to do so in their supply. You just lose a point for each piece you have to place to do so.

It’s also worth noting the production here is off the charts. Each puzzle tile has a recessed area to hold the plastic polyomino tiles. The UV coating makes everything nice and shiny and really just pop off your tabletop.

Project L is a very straightforward engine building game. There isn’t any theme to get in the way of the core of the game: completing tiles to get bigger pieces, completing more in-depth puzzles, and just drowning yourself in victory points.

Although I abhor the term “thinky filler,” it’s kind of appropriate here. It’s about the most depth and decision making you can pack into a game that takes five minutes to teach and maybe 30 minutes to play. You’ll certainly find things you can do better the next time you play, even if there aren’t necessarily multiple unique routes to victory.

A reprint of Project L is currently in funding on Kickstarter, so head over to the campaign page if you’d like to grab a copy of this game.

Final Score: 4 Stars – An incredibly well-produced engine builder that can be taught and played in half an hour.

Hits:
• Trying to maximize the efficiency of the master action adds some interesting decisions to make.
• Beautiful recessed puzzle tiles and plastic polyomino pieces.
• End game trigger completely within the control of the players.

Misses:
• There isn’t a ton of different strategies to try out, most games play out pretty similarly.
• Do you like theme in your game? Well Project L is about…