For some reason I really enjoy ancient Rome as a theme for a tabletop game. From the Days of Wonder board game Colosseum to the fantastic card game Glory to Rome, I’ve enjoyed many experiences in this ancient city. Our newest Kickstarter of the Week, Palatine, seeks to bring the intrigue and power plays from this ancient era to your tabletop. Palatine is a social strategy game where players lead a noble family trying to amass enough power to take over the city. For the game play, this game for 2-4 players using bidding and card play as its central mechanics. 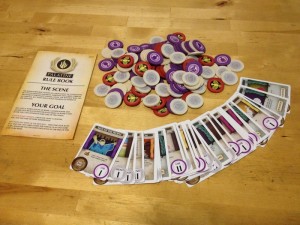 Game play centers on the dynamic bidding mechanic. Players place influence and denarii tokens on the cards they desire. Players can outbid each other for any given card, but once a bid stands unchallenged, that player acquires the card.

Cards allow players to take a wide range of actions, from leading military campaigns to building great public works to scandalizing another player with gossip. A wise player will acquire cards that are not only useful themselves, but useful in concert with each other.

A player can win one of two ways: by earning the loyalty of enough Roman legions to storm the capitol, or by possessing the greatest influence when the deck runs out. These differing goals deepen the game’s strategy as players must beware rivals pursuing an alternative plan.

Palatine has already hit its rather modest funding goal and so far there don’t seem to be any stretch rewards planned. The game is scheduled to be in backers hands in February of 2014 and a $40 pledge will get you a copy of the game (including print and play files for those that don’t want to wait). You have until Tuesday Jan 7th to become a backer, so head over today if you are interested. 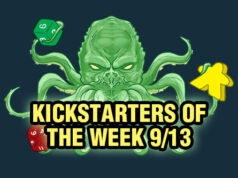 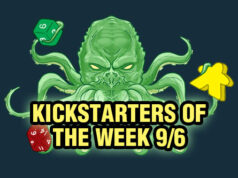 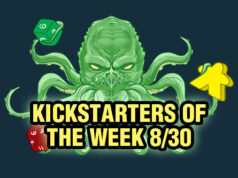