September is here and in full swing as we march towards the last big convention of the year, the annual Essen spiel. However since that one isn’t until October, we have quite a ways year before we turn our eyes to the new releases premiering there. So in the meantime, let’s get to the Kickstarter campaigns.

Card game focused on characters known from famous fairytales. The most important thing in the game is lack of randomness.

Lead your heroic Crew in an action-packed space adventure, blasting alien monsters and competing Crews through a fast-paced campaign!

A challenging, co-op, survival card game that turns your table into a lifeboat! Each game generates a unique shanty about your journey! 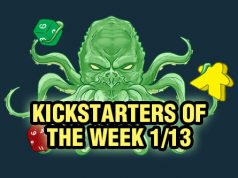 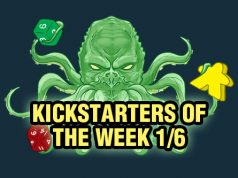 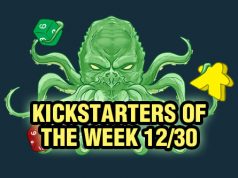