This week we’ve found a 4 unique games for you to check out. I feel like we’ve got something for everybody. First up is Schrödinger’s Cats, a fun little card game that will appeal to science fans and cat lovers. Next we have something for the dice rolling fanatic in Island Dice. If you are a minis fan then Space Cadets: Away Missions might be something for you. It’s pricey, but you get a lot with your pledge. Finally we have Unspeakable Words. Who would have thought that combining our beloved Cthulhu into a word game would be fun, but there you have it. Enjoy!

Schrödinger’s Cats is a pseudo-scientific card game of strategic uncertainty. WHAT’S IN THE BOX??

A strategy game in which 2 to 4 players fight to bring peace to the Island, using careful selection of specialty dice each turn.

Unspeakable Words is the Call of Cthulhu Word Game! Players earn points based on the number of angles in the letters in their words. 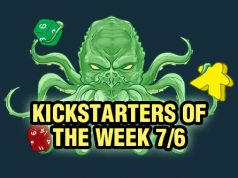 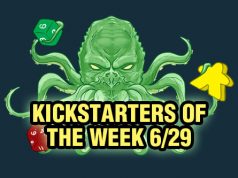 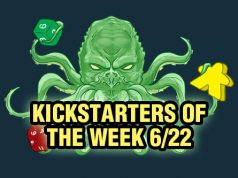