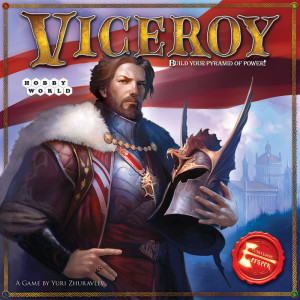 Before every major convention people put together their hot list of games being released. Most of these games end up being great, but what I want to find is the hidden gems from that convention. What I love about these games is how they are able to go from obscurity to popularity in just a few days.

A game that fits this bill from Essen 2014 was Viceroy and it is easy to see why. The game looks stunning visually with vibrant colors and great looking artwork. Besides just the visuals, the game has interesting mechanics with bidding and resource management as you place cards in a pyramid shape on the table. The game has received excellent reviews from of others in the industry outside of one major complaint; the game isn’t available in English. Our friends over at Mayday Games have decided to remedy the problem with their newest and biggest Kickstarter yet. 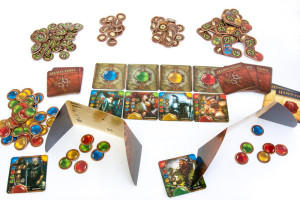 “Viceroy is a board game for 1-4 players aged 12 and up. As they struggle for control over the fantasy world of Larr, players recruit a variety of allies, from a wanderer to a prince, and enact various laws. As the game progresses, each player builds their own pyramid of power by developing their state’s military and magical might, increasing their own authority, and gaining the precious gemstones they need to continue expanding their nation. The player who has the most power points at the end of the game becomes the ruler of all Laar – and the winner!”

A $22 pledge plus an additional $5 for shipping will get you a copy of Viceroy and most of the stretch goals achieved. Viceroy is scheduled to be in backers hands in March of 2015 and you have until Saturday, December 27th to become a backer. So head over today and check it out. 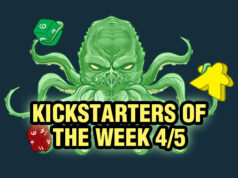 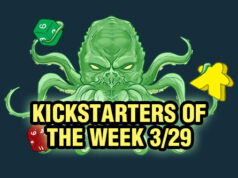 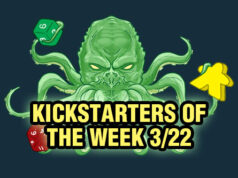 Kickstarters of the Week: 3/22