As my buddy Jeff always says, you can make any game better with a SciFi theme. Whether that’s true or not, is a matter for the philosophers. Regardless, it doesn’t change the fact that when I come across a great looking scifi game, I have to stop and find out more. Our newest Kickstarter of the Week, MIND – The Fall of Paradise not only looks great, but also has some interesting game play. In MIND, it’s a 1 vs many game, as one player takes on the role of an AI, while the others are rebel leaders trying to stop the populace from falling under the AI’s control. 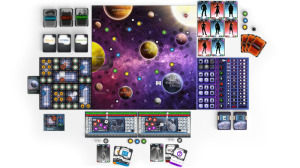 Before the game starts players choose a scenario to play, distribute initial resources and populate the spaceships and colonies offered by the scenario with unique human citizens. MIND always starts the game by owning Lyanon, while the rebel leaders may start by owning different colonies and spaceships in the Solar System, or by owning nothing, and just being citizens of Lyanon themselves.

During the game all other 14 districts are at war one with each other and one by one are consumed by conflict and are removed from the game. Slowly but surely…Earth gets destroyed. But the game continues, as the goal for all players is to colonize the Solar System and make sure that mankind does not die with Earth’s destruction.

While both MIND and the leaders want to save mankind, MIND has a different approach, that is completely unaccepted by the Rebellion as it is considered “to be the end of man”. During the game, MIND persuades citizens into agreeing to be linked to the Paradise, a special and mysterious place that he created, where people who enter get to live their dreams but never want to wake up. People, willingly, abandon reality, and thus, abandon hope.

MIND not only has some great SciFi artwork, but also comes with some well sculpted miniatures. If you’d like to become a backer, a £59 pledge will get you a copy of the game. If you’d like stretch goals included, it will cost you a bit more. MIND is scheduled to be in backers hands in December of 2015 and you have until Saturday, December 13th to pledge. So head over today and give it a look. 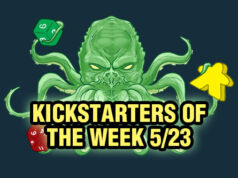 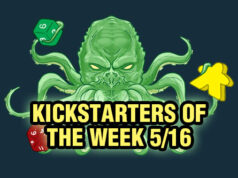 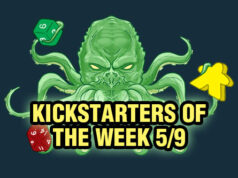