We review Humble Tea Party, a competitive "take that" style game published by Big Cat Games. In Humble Tea Party, players are trying to score the most points by player cards into their and their opponents' oribako. 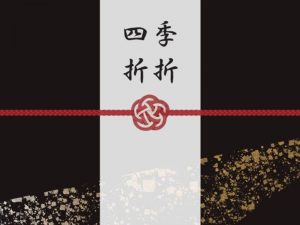 Before we entered the hellscape that has been 2020, I had wanted my gaming focus this year to be experiencing games from the Asian market. I’ve been lucky enough to have that opportunity and see how some games differed from those we typically encounter in Euro- and American-style gaming. Humble Tea Party invites players to experience a traditional Japanese tea party with its adorned table, full of delectable pastries. You’ll be arranging everyone’s “oribako” (Japanese food box), giving them the best there is to offer.

Humble Tea Party was designed by nanatsumu, with English localization and distribution from Big Cat Games. The game plays 3-6 in about 20 minutes.

The goal of the game is to end the round with the least amount of points in your oribako, the 3×3 grid formed in front of each player using tiles. Points are awarded in a bunch of different ways, most of which you won’t have control over.

A round starts by choosing a first player and dividing the tiles into piles of 3 where all players can reach. Each player will receive a player card, which is kept secret and shows their preferred season. This indicates the color of tiles that will score them one point per tile. Starting with the first player, each person will select and place a tile in front of themselves. Then, starting back with the first player, they will select a tile from the pile and place it in another player’s oribako. The only placement rules to be aware of are that players may not place a tile in front of a player where the 3×3 grid is completed, it must be within the 3×3 space, and it must be connected to a tile already placed. They will keep doing this until every player has 9 tiles in front of themselves. Then players will score their oribako.

Thematically, Humble Tea Party should be a nice, peaceful game, steeped in flavor and tranquility, as players focus on making the best oribako for others, because this isn’t all about you Karen. While the pace certainly matches that, it’s a little meaner in practice.

Your focus is on getting players to score more points than you, but two things will limit the game from going full-on take-that: limited availability of tiles during your turn and limited knowledge of a player’s preferred season (mine’s summer FYI). Players will still know some ways to give others points, such as matching tiles 3 in a row, but again, this will be limited based on what’s available.

It’s important to go over all the ways in which players can score points. On the back of everyone’s score tracker is a reference for each of these ways, but you’ll want to reference the rule book for the English translation. I actually forgot to point this out to my players because I’m terrible at teaching games so do better than me. Players could gang up and fill in another’s oribako during the game and this would be mean. But I think if this happens in practice, you’re playing with some terrible people. This is a game that can be over fairly quickly, so if you discover this about the people you’re playing with, that’s your easy out. Hey, I’m just thinking of you here.

The game for me lacks some strategic depth. Because so much of what happens within a round is outside of your control, players are really limited in what they can do. Aside from choosing your own tile at the beginning of the game, you’ll never hold on to tiles to use them strategically later. Players can select a tea token once a round, which essentially keeps you from having tiles placed in front of you until your next turn. You will still earn a point by using this token, but it might keep you from earning more than that. This only really felt beneficial if there was the possibility of scoring in two spots at the same time. Granted, if you have any matching tiles in your space, those pairs score -2 points. But this might only happen if someone isn’t paying attention to what another player already has in front of them since you won’t be able to do this for yourself.

I did want to quickly mention the packaging. In a world where games come with all manner of useless plastic wrapping, I was struck to find that didn’t exist. The game wasn’t plastic sealed and neither were the tiles. They were bound together with a paper wrap. I know some people won’t care about this but I appreciated this environmentally conscious decision and wanted to point it out.

Humble Tea Party combined two aspects I enjoy in my games: shorter playtime with a slightly abstract theme. What will likely keep me from playing this more is the lack of control over my oribako combined with low strategy. The game felt at times like it was just happening to me, with my only active participation being a possible negative action towards the other players. I wish there had been more ability for me to act, such as being able to keep a tile for later placement or even being able to select my own tiles at times. If you’re keen on abstract strategy as I am, you likely won’t find much to enjoy here long term.

Misses:
• Limited strategic options makes it feel as though the game is happening to you
• Game borders on take-that style, which will turn some players off