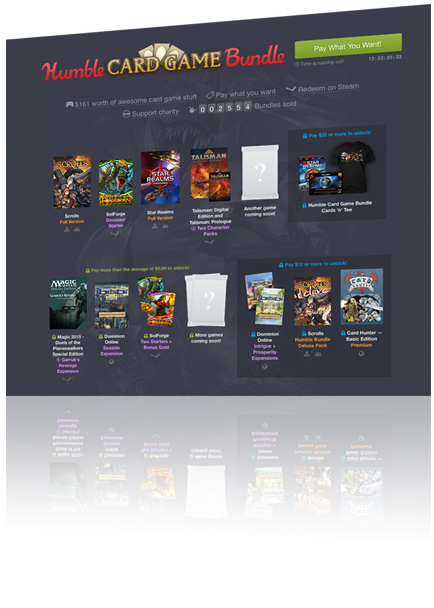 If you aren’t familiar with the Humble Bundle, it’s basically a collection (“bundle”) of digital games that are sold together at a price determined by the person purchasing it (pay what you want). One of the interesting things about it is that the person can also determine what percentage of their money goes to the developer, to a charity, and to the site itself. This, in my opinion, is a great idea that’s a win for just about everybody involved.

So why are we talking about video games on a tabletop gaming site? Well it’s because there is currently a Card Game Humble Bundle going on. This is the first time I know of that they’ve specifically done a bundle for digital tabletop gaming (and high time I might add!). The launch bundle (meaning more could be added) includes:

There is a lot of value there and you can truly pay what you want. Although I’d suggest at least $12 to get access to everything. If you want to get some great games, support a good cause, and also give some dollars back to the hard working developers, then head over to humblebundle.com and make your purchase. You have until February 3rd to get in on this deal until it’s gone for good. 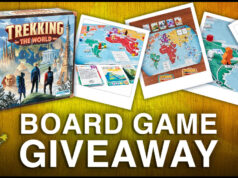 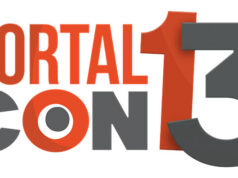 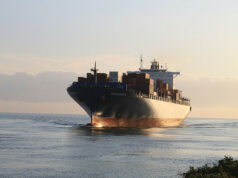