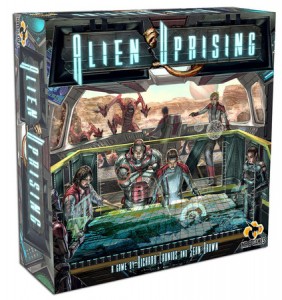 Alien Uprising is a game I remember checking out a few weeks ago when it first appeared on Kickstarter. The game sounded interesting, but the campaign page lacked any information about what the game was like and how it’s played. Annoyed at the lack of information, I left to spend my Kickstarter dollars elsewhere (take note, future Kickstarter publishers). Well I recently went back to their campaign page to see how they were doing and I’m glad I did. Their page has been updated with more information and videos about their game and it looks really fun.

Alien Uprising is a cooperative game where players are survivors of a spaceship crash. As a lover of both sci-fi themes and cooperative games, this one hit all the right buttons for me. Add that to the fact that Alien Uprising was developed by Richard Launius (Arkham Horror, Defenders of the Realm) and you have some solid design credentials behind the game. 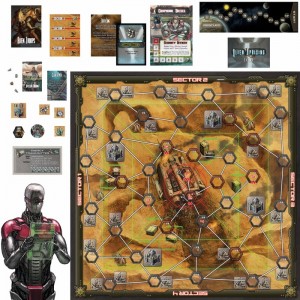 In Alien Uprising the goal of the Crew is to either hold off the Zothren attacks until the rescue ship arrives, or repair the ship and lift off of the hostile planet before being destroyed. To achieve either of these goals, the crew must work together, using their unique Skills and chosen actions to perform a number of tasks, defend themselves, and to retrieve and repair equipment as well as the Ship. The Actions available each turn will be established by the First Player rolling custom dice. From the dice rolled, each player will choose their action for the turn, starting with the First player.

The use of dice for actions is interesting and I like that there are multiple ways to win and lose the game. If you want to know more, the campaign page now has a video preview and other component images. The game has already hit its funding goal and is well on its way to unlocking many of the stretch goals. A $50 pledge will get you a copy of the base game (or a $90 one if you also want the expansion) and all applicable stretch goals. The game is expected to be in backer’s hands in June 2014. You have until Wednesday, October 2nd to become a backer, so head over there today if it sounds like something you’d enjoy. 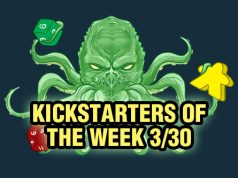 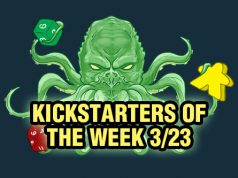 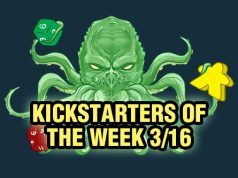