A couple of weeks ago we announced our nominees for our 8th Annual Board Game Awards. While 2020 wasn’t without a whole mess of challenges, it also had some great offerings for tabletop gaming. So, we always enjoy taking one last look back at the year to recognize the best and most creative among them.

Today we are excited to announce the winners for our 2020 Board Game Awards. As usual, the voting was difficult, and some categories were extremely tight. But our editorial staff (along with input from our readers) have made their selections. So, without further ado, here are the winners of our 8th Annual Board Game Quest Awards. Congratulations to all the winners and nominees. 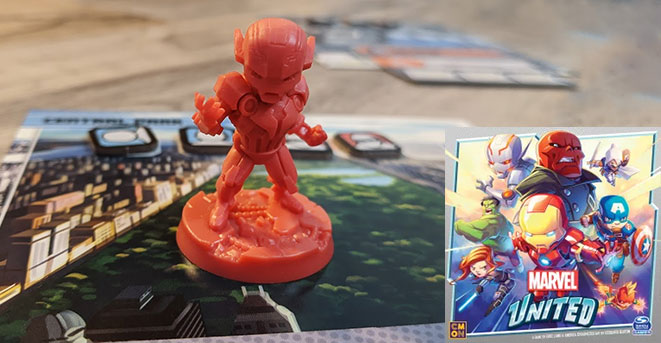 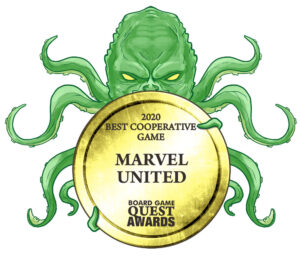 Marvel United manages to seamlessly blend a light, casual experience with an IP beloved by millions of fans. In this quick-playing game, players each take control of an iconic Marvel superhero and team up to defeat either Red Skull, Taskmaster, or Ultron. The gameplay in Marvel United is super simple but still really engaging—play a card to the timeline, use icons, bash bad guys. What’s not to love! 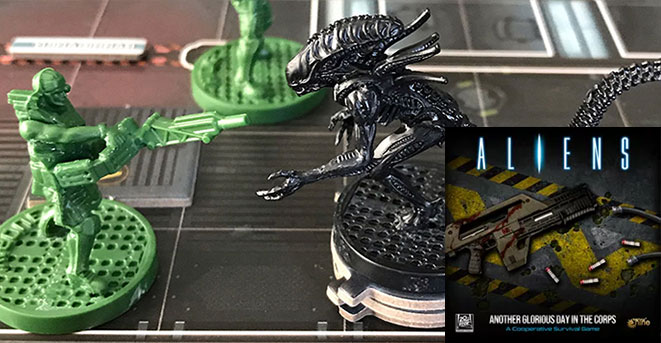 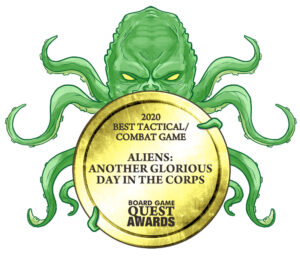 Aliens: Another Glorious Day in the Corps
Designer: Andrew Haught
Gale Force Nine
Get Your Copy

While there have been a few games based around the Aliens franchise, none have really been able to create the thematic experience that Aliens: Another Glorious Day in the Corps does. It lets players not only control their favorite hero from the movie, but the whole team of grunts as they work their way through the various key scenes. With some great-looking minis and lots of dice chucking action, this one has a lot of staying power. Aliens: Another Glorious Day in the Corps offers both campaign play and one-off “bug hunts” to fit your play style.

Runner Up: Unmatched: Cobble and Fog 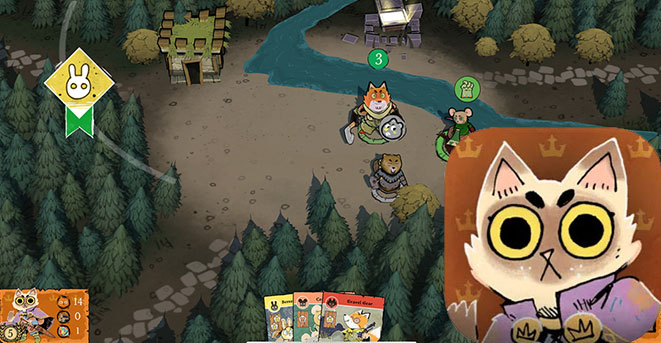 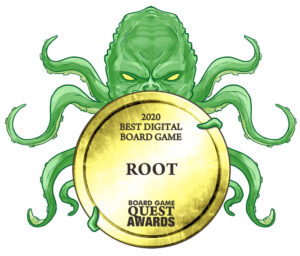 Root is already an outstanding game and developer Dire Wolf Digital definitely did this game justice when they brought it to mobile. Not only can you play vs your friends, but there is solo play vs the AI, and even a challenge mode that presents unique scenarios for you to play through. Add to that with some great graphics and a bug-free experience and you have a game that we’ve been playing constantly since release. The digital version of Root sets the bar for what you want in a mobile board game adaption. 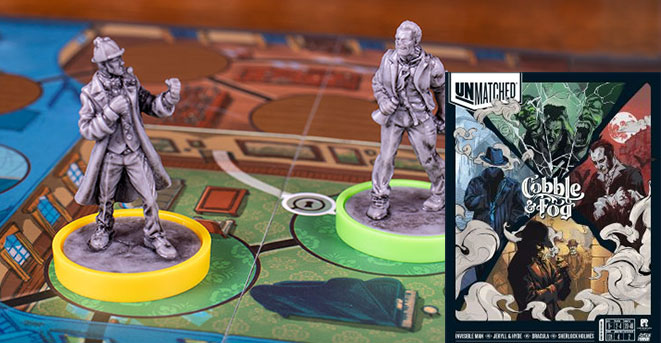 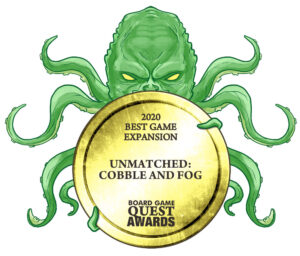 The first big box expansion for Restoration Games’ Unmatched system drops players into foggy London. Sherlock Holmes, Dr. Jekyll, Dracula, and The Invisible Man round out this expansion as heroes for you to control. In addition to the new characters, you also get a double-sided board with two new maps to fight on. This stand-alone expansion not only felt highly thematic, but each of the heroes was a ton of fun to play. For this writer, Unmatched: Cobble and Fog took the series in a fantastic new direction and rekindled my enjoyment of the game.

Runner Up: Root: The Underworld Expansion 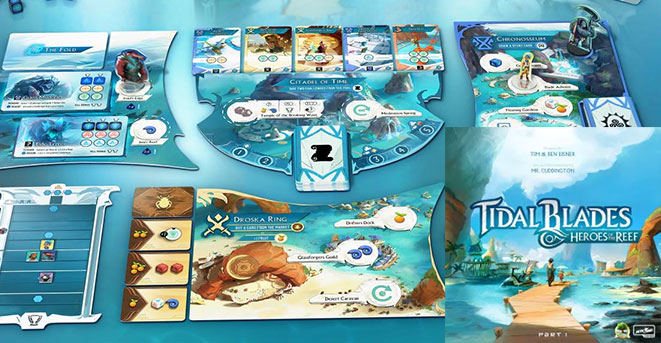 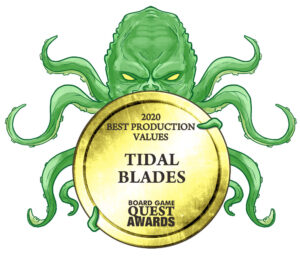 There were a lot of great candidates for Best Production Values this year but the nod goes to Tidal Blades: Heroes of the Reef. With custom dice, plastic miniatures, excellent artwork, and trays to hold it all, the production values for Tidal Blades were off the charts. Tidal Blades even included an art and lore book that helped round out the world gamers were playing in. If you are looking for a game that sets the bar high from a component standpoint, you’ve found it with Tidal Blades.

Runner Up: Dwellings of Eldervale 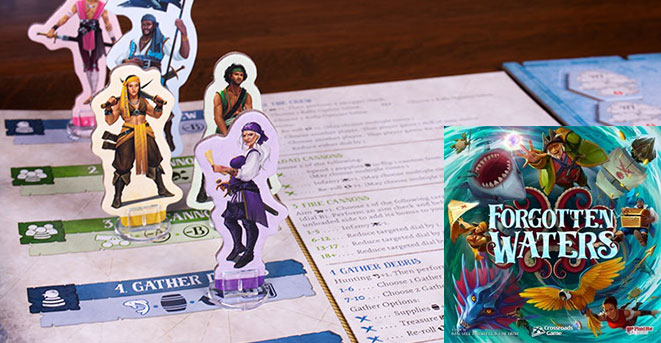 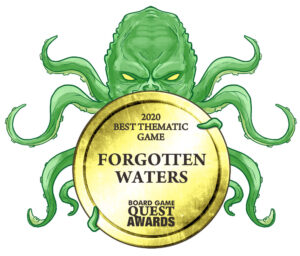 When looking for a thematic experience this year, one needs to look no farther than Forgotten Waters from Plaid Hat Games. This nautical adventure sends players on a series of quests aboard a tall mast sailing ship. While the gameplay is solid on its own, what helps bring the whole package together is the excellent digital app that provides voice narration and sound effects. Forgotten Waters builds a world for the players with an interesting story and lots of decisions to make that keeps bringing you back over and over again. 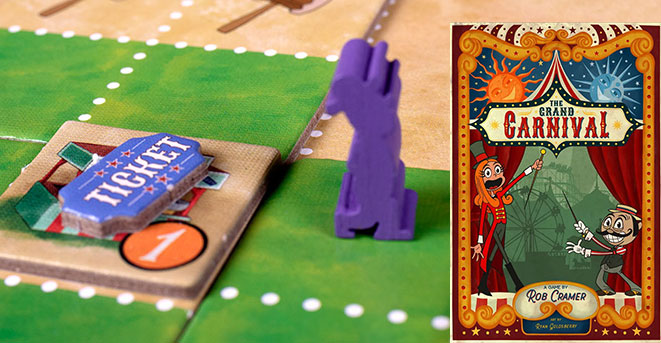 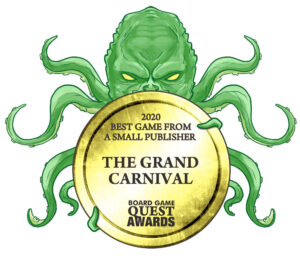 With no conventions in 2020, it was a hard year for small publishers to get their games out there. But Uproarious Games managed to get our attention with this tight action selection, polyomino laying game. In The Grand Carnival, you are running a carnival over the course of a week. You’ll be using your actions to build foundations, construct attractions, and move guests through your carnival all in the hopes of scoring the most victory points. I hope more people get a chance to play this one as it’s definitely worth a spot in your collection. 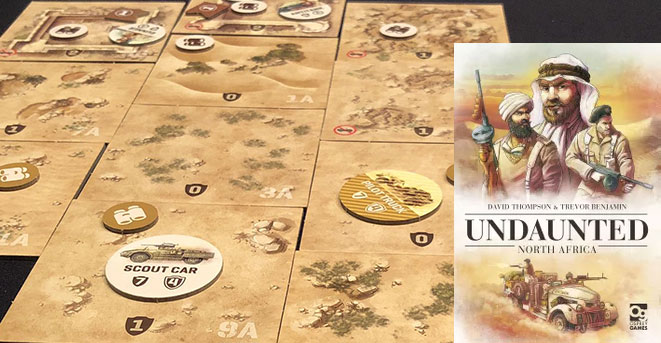 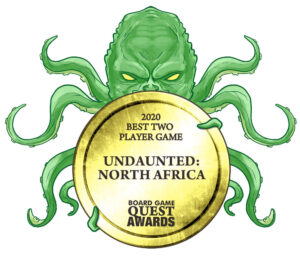 Undaunted: Normandy was a runner-up for our 2019 BGQ awards and managed to take home the trophy this year. Undaunted: North Africa builds on the solid foundation of Normandy, but this time brings the action from a squad-level down to a unit level. In addition to that, there are now vehicles for the players to control, adding another level of tactical interest to the game. 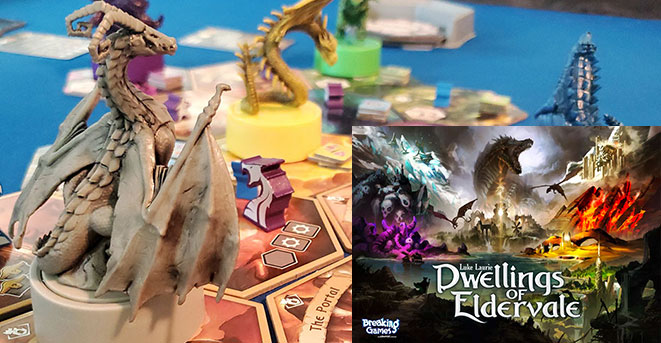 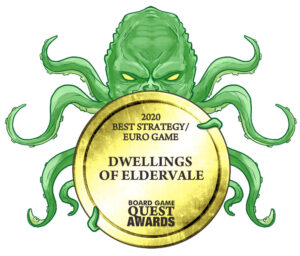 This unique worker placement game tasks players with setting up settlements in Eldervale. Players will each control one of 16 different factions as they explore, battle, and improve their faction’s abilities throughout the game. Dwellings of Eldervale not only has mechanics that are a ton of fun to play, but production values that were a tight runner up to Tidal Blades. If you are looking for a great worker placement game with some tableau building and resource management, then you’ve found it here. 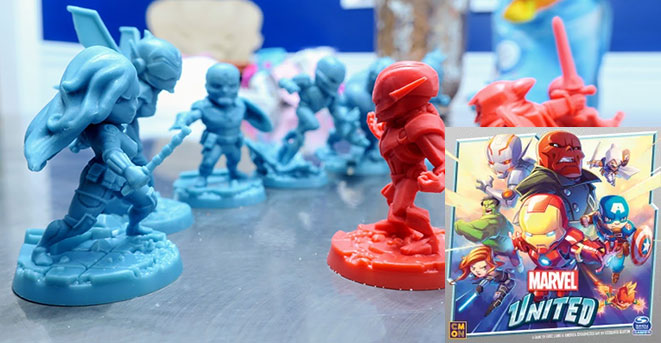 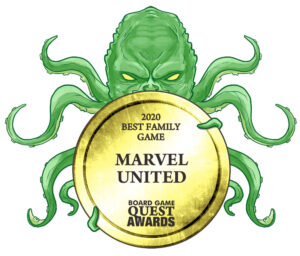 Making its second appearance in our awards this year is Marvel United, which unsurprisingly, makes a great family game. The rules in this one are simple enough for your kids or non-gamers to pick up and meshes it well with a family-friendly IP. Add on to that a quick playing time and this one is perfect for an after-dinner game night where you don’t want to spend a lot of time learning the rules.

Runner Up: Isle of Cats 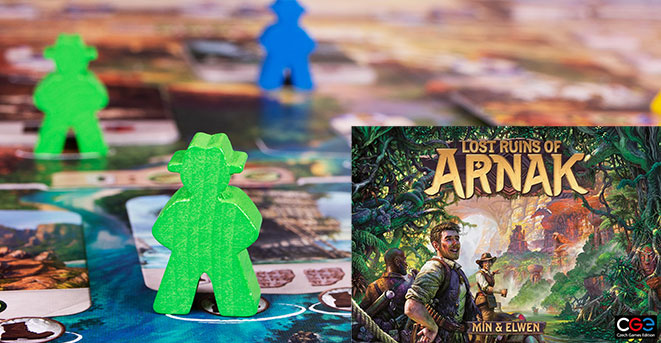 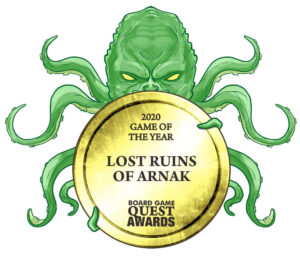 Publisher Czech Games Edition doesn’t put out a ton of games each year, but when they do, we almost always need to give them a try. And this year is no different with the Lost Ruins of Arnak. This Eurogame blends worker placement, with deck building and resource management into a seamless experience. With both excellent production values and many paths to victory, we had a hard time finding things not to love about this great strategy game, making it an easy choice for our Game of the Year.

Runner Up: Dwellings of Eldervale

Note: Per award rules, because it won Game of the Year, Lost Ruins of Arnak was removed from consideration from other award categories except Best Production Values. 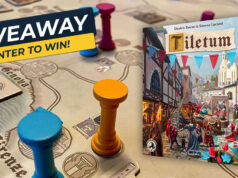 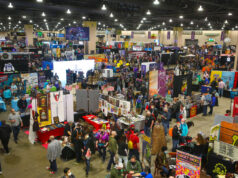 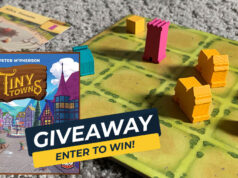