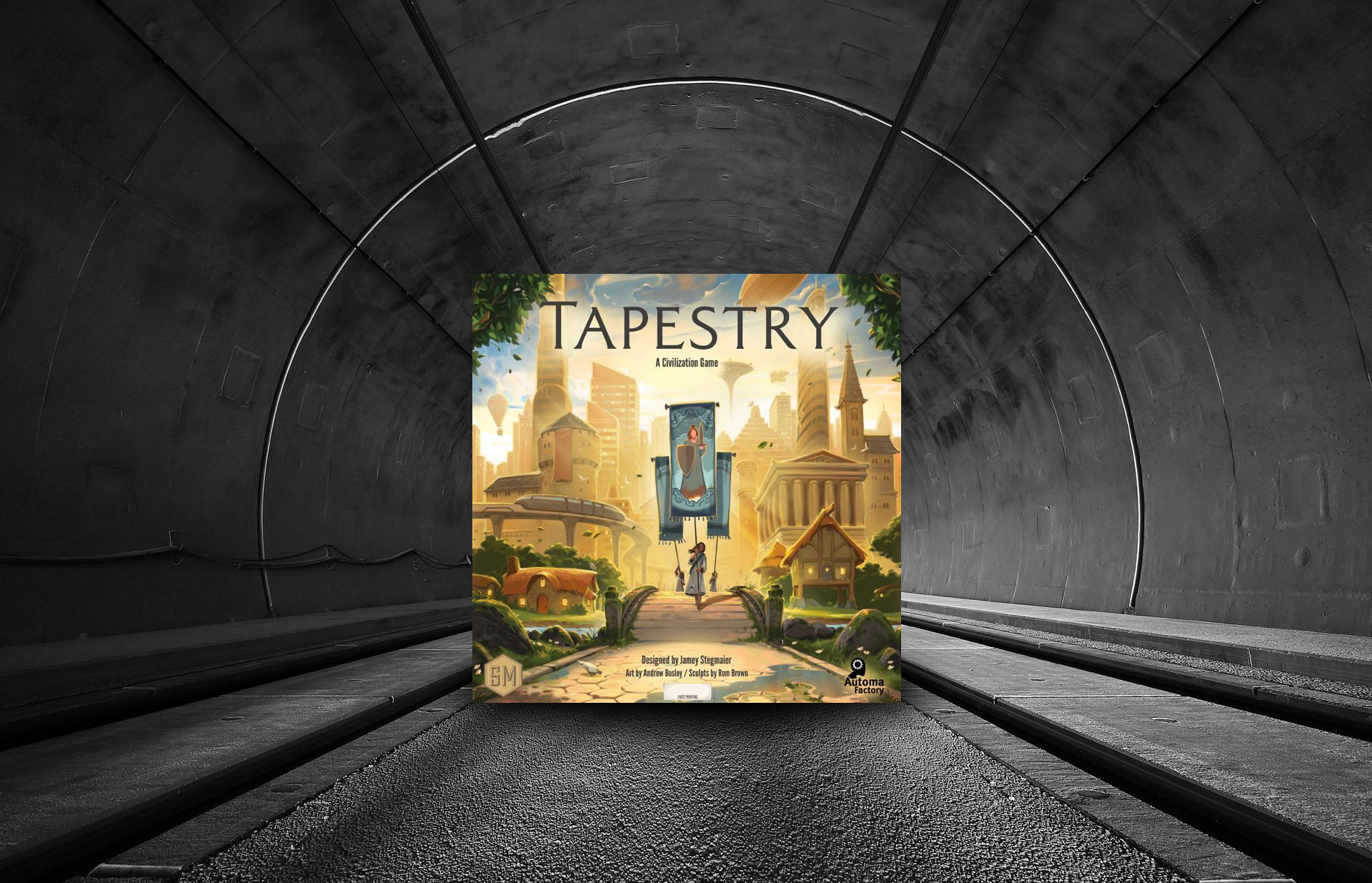 Quick Hits from the Vault is back and, once again, many of the BGQ Team has gathered to give our thoughts on a classic or hot game. Today we are going to look at the much-hyped Tapestry from Stonemaier Games. Andrew gave his review of this title a while ago and he loved it. But were the rest of the BGQ crew as enamored with this civilization-building game? Let’s find out!

Tapestry is a civilization-building game where each player will control one of 16 asymmetric civs during the game. During the game, there are four different tracks for you to progress on: Military, Tech, Exploration, and Science. Each turn players will choose to advance on one of these four tracks or take an income turn, ending the era for them. Each step on a track will provide bonuses to a player in the form of resources, cards, territories, or buildings. During the income turns, players will restock on resources, earn victory points, and play a Tapestry card that can give them a unique bonus or points for the coming era. After each player finishes their fifth era, the game ends and the player with the most points is the winner.

Tony:
Designer Jamey Stegmaier got really creative with Tapestry and I liked a lot of his ideas. The different, asymmetric civs were among my favorites. They really do feel different and drive your decisions in the game in a specific direction. While I really enjoyed the Tapestry cards, they are also hit or miss in game. In my latest play, I mostly drew cards that were pretty much completely useless for my strategy/civ. I had bigger issues with the city building and map exploration. I felt like there was an opportunity for streamlining here to combine the two because both feel somewhat shoehorned in. I would have been just fine placing buildings on the map and the coolest pieces are part of the least interesting part of the game.
My biggest gripe is probably with the tech cards, they just feel too abstract. In the early era, I discover Lithium-Ion Batteries but don’t figure out how a Barn works until the modern ages? As a point salad eurogame, I’ve had fun with Tapestry. However, if I’m looking to scratch that civ building game itch, I’m definitely going to look elsewhere. 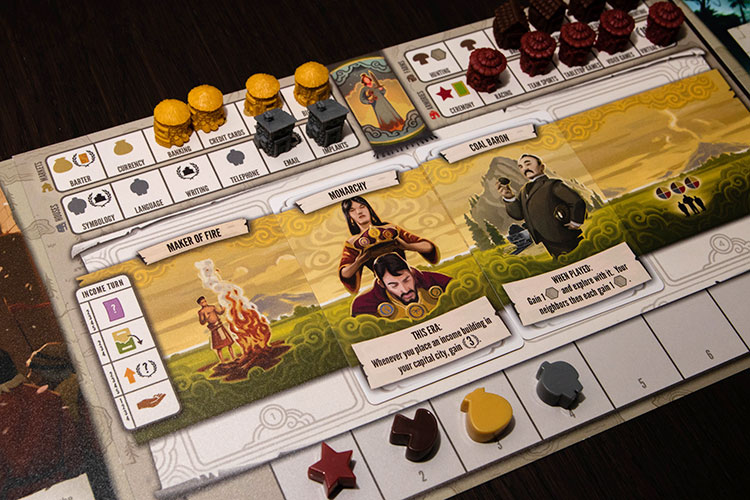 Brian W:
I’m going to be honest, I don’t care if Tapestry is a civ game or not. The civ theme is paper-thin (or nonexistent depending on who you ask) but I still like what Tapestry does. It’s a well-designed, euro-style engine builder with multiple paths to victory and many in-game options to get there. What I love best is the different Civilization—each gives players a unique civ and power to play. From the civs I have played so far; each seems to play differently which adds great variety and ups the replay value. I also really enjoyed the 4 different advancement tracks, tapestry cards, and techs. These all can make the game swingy, and might pair better with some civs than others, but I still enjoyed these elements. What I like least is the Capital City Mat (CCM). You can gain landmarks and other advancement track structures to fill the CCM, but the VP you gain from it is underwhelming and depending on the civ you’re playing, might have you asking why to bother with it. Overall, I own it, I like it, and I plan to keep playing it.

Michelle:
The only thing I liked in Tapestry was the non-linear treatment of changing eras, which means you can take your game as slow or fast as you want to. I haven’t made up my mind with regards to income and resource starvation because of its relationship to configuring buildings about your community’s grid. The rest of it, I’m not a fan of. The delay in progress with technology cards is frustrating because I would like to imagine my civilization would be adept at multitasking. I mean, they’re Isolationists, what else are they doing other than learning?
Point salad in the game also makes no thematic sense to me. For example, you gain points based on your pattern recognition to place a new tile during exploration. If you’re a fledgling civilization, I doubt you would scout from miles away and say, “Hey, this looks like a path to bigger landmasses of the same type I’ve seen before”. The separation of science and technology is also thematically inaccurate to me considering the two often interact in indirect but beneficial ways. Tapestry then loudly exclaims its aversion to being a war game so don’t even get me started on the somewhat useless military track in the game.
Overall, I find Tapestry to be imbalanced as Tapestry cards can be restrictive, timing is everything, and the ROI on resources is limited. Some civilization types just do not play nice with each other and you do not realize this until it’s too late. Bottom Line: There are better games to play if you like civilization-building. But if you’re willing to play a game that has a little bit of everything and clearly a master of none, this may be for you. 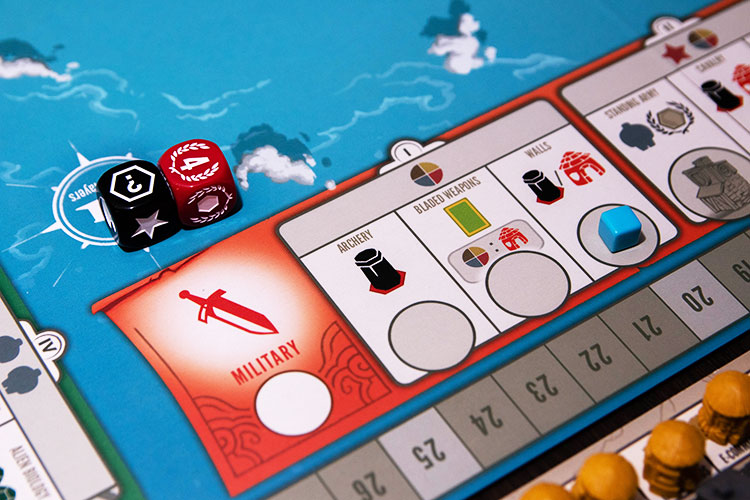 Tahsin:
Some people have the belief that gaming terms are loaded to the degree that if you make a point to say your game has deck building but doesn’t follow the Ascension or Dominion model then it isn’t deck building. To limit the scope of games to all preconceived notions of what a game should or shouldn’t be limits the creativity of all designers. Tapestry is a civilization game just as much as The Golden Ages is a civilization game. We need to back away from categories and see games for what they are. Tapestry follows its own conventions, not the most original, but the mixture is an extremely entertaining and engaging whole of divergent parts. That’s what makes it a great game in my mind, civilization or no.

Brian B:
I had been looking forward to this game since Jamey announced he was working on a civ game, one of my favorite genres in boardgames. When the game FINALLY arrived, I was like a kid on Christmas morning… unfortunately, it felt like I received GoBots when I was expecting Transformers. It was NOT a civ game. It was very dry for a civ game. There is a map you can explore for points. You can play Suduko: the Building Game on your CCM (abbreviation stolen from Brian W above) for points. You can move up one of the four advancement tracks for points. You can get points from Tech Cards. Points, points, points for everyone. Then the game ended. It was swingy, it was random, and it was not very fun. It felt like the Mario Party of boardgames: several simplified mini-games rolled into one package. I am still waiting for a Clash of Cultures killer; unfortunately, this was not it. 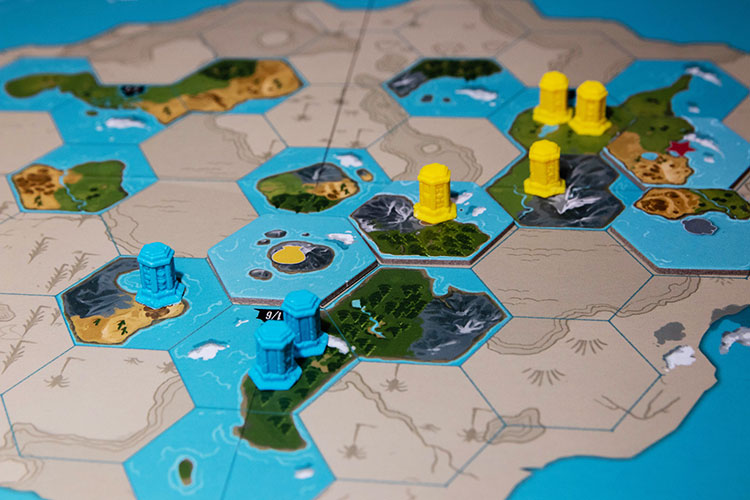 Andrew:
My opinion hasn’t changed much since my original review was posted: Tapestry is a great euro resource management game. With a couple more plays and additional knowledge of the civs and tapestry cards, I do find the randomness of getting useful cards at the right time a bit more frustrating than perhaps I included in my original thoughts. But overall I think it’s a great package that has so much content to explore. It’s rare these days that a game gets played over and over again in short succession, but Tapestry continues to hit my table.

Jason:
My thoughts are based on one play, so clearly I’m an expert. My game was also with 4 other players, who all had played previously. Obviously, I did well. So well, in fact, I scored under 100. Oh, and remember Andrew’s review and that extreme example of someone finishing a half-hour before everyone else? (Takes a bow.) The game was easy enough to learn and the components are exactly what you usually get from a Stonemaier game. I just had a hard time figuring out how to get things going, which really limited my resources and made for short turns. I don’t know how much of this was my fault or just some random aspects of the game. I drew Tapestry cards which didn’t move me in any helpful direction. I was not efficient, which for an efficiency game like this is a death blow. While I can accept my flaws, I just didn’t have a fun time. I would probably give this game a second chance, but I’m not biting at the bit. 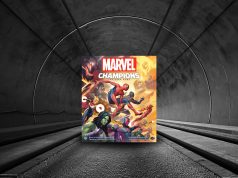 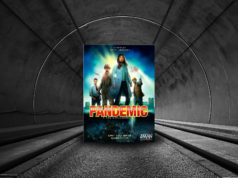 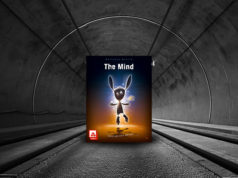