The Mind has been generating a lot of waves lately with its unique gameplay and highly accessible rules. It also seems to be fairly polarizing as people seem to absolutely love it, or want nothing to do with it. The BGQ team has gathered once again to give our collective opinions (well those of us that have played this one) on The Mind, so as usual, you can expect a diverse range of opinions on it.

In The Mind, players are cooperatively trying to play all the cards in the deck (numbered 1-100) in ascending order over a series of rounds. In round 1, players each play 1 card. In round 2, they each play 2 cards, and so forth until the final round. The unique thing about the game though is that there is no talking allowed. You have to read your partner’s body language and use your intuition because if someone plays a card out-of-order, your team loses a life. Burn through them all and it’s game over.

Alex:
When The Mind first hit the scene, Jon grabbed a pack of index cards and we rigged up our own home version to try out. More of a group activity than an actual game, there is no strategy, no deduction, no information exchange – just acting on instinct and feeling. Is it fun? Absolutely! We had a good time and lots of laughs when we played it, and it was portable and easy to tote along to an evening out. However, I feel like I got everything I could out of our short plays of The Mind – a flash in the pan with not a ton of staying power. 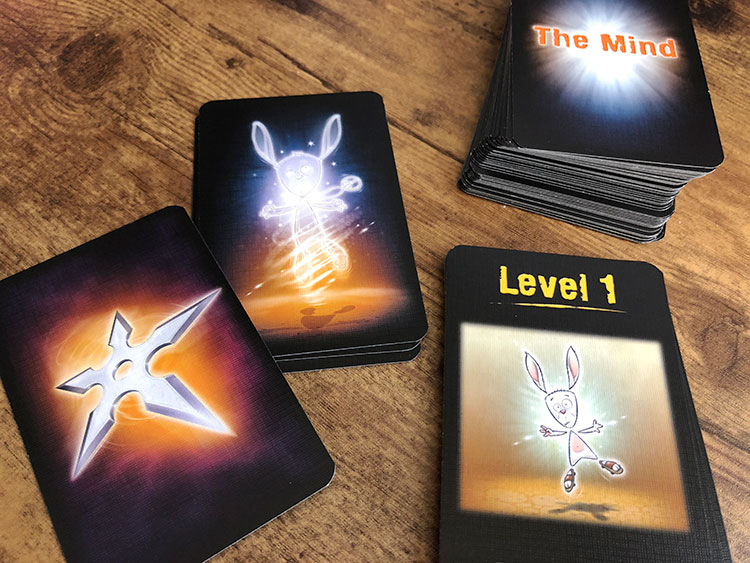 Jon:
Look, it is not that I am actively trying to be obtuse, but really? Are we having this conversation? Fine. The Mind is a fun and fascinating way to pass the time at the table… ONCE. Bring it out (once) and play it a couple of times. That’s it. Want a challenge? Ditch 30 cards and try to make that work. Here’s the deal, when the groupthink aligns and your friends get a feel for people’s pacing, it is over. Challenge over. Why are we still discussing this?

Tony:
The Mind is a game… no wait, it’s an activity. Seriously? That’s got to be one of the most inane and pointless debates I’ve heard in a long time. Who the heck cares? I’ve played The Mind a few times and found it to be an entertaining and clever filler game. Despite what Alex says, there actually is some strategy, which mostly involves reading other players. People say that 93% of communication is nonverbal. Whether that’s true or not is a question for the eggheads in their ivory towers to solve. But we know at least some percentage is, and The Mind will definitely tap into that. However, while I do enjoy games of it as a nice filler, I also don’t think it has a ton of staying power. You’ll play it a few times, marvel at the novelty of it, and then move on to something more entertaining in short order.

Brian B:
The Meh…. errr, The Mind is…. ok. I did enjoy my 1st game, but after a couple of more games, I was done. It’s basically sorting cards for OCD introverts. My free time is limited. I would rather play an actual board/card game than try to understand how my gaming partner thought to play an 82 immediately after a 20 made sense. I like socializing when I get together with my friends, not staring at each other and pretending we have ESP.

Andrew:
Apparently, I’m the only one here that likes fun. The Mind is, without a doubt, one of the most fun experiences I’ve had playing games in recent memory. It is an incredibly difficult game to win but it is certainly winnable, and it’s all on the players at the table. So if you do poorly, there is no one to blame but yourselves. The times when you play multiple sequential cards in order will make you and your friends feel like you really in tune with each other. If you approach the last few cards of the final rounds things really become tense. The game lies not in the mechanisms but in working together to develop a cadence among the players. While this can only be interesting with the same group for so long, introduce another person in and everything changes and it’s easy to convince people to join once they see how much fun you are having. 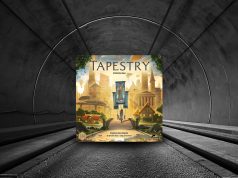