We review the European birds expansion for the digital version of Wingspan on Steam. This new expansion helps add some variety to this popular euro game.

With Wingspan being out for a while now and its digital version released shortly after, it’s unsurprising that fans of the game were ready for more (myself included). According to the IOC World Bird List, there are over 10,000 extant species of birds in the world so theoretically this means a lot of gameplay for us! Luckily we don’t need to learn about all of them all at once, and just 81 new bird cards, 5 bonus cards, and 5 goal tiles are included with the expansion.

Wingspan: European Expansion is a DLC for the digital adaptation of Wingspan and is a tableau-building game for 1 to 5 players that takes about 60 minutes to play. The best experience is with 4 players for more opportunities to trigger card powers without adding much to overall time investment.

The European Expansion does not change overall gameplay, so no worries about having to turn your world upside down when or if you get it. There are still four rounds with end-of-round scoring opportunities, and a diminishing number of actions every round to gain food, lay eggs, draw cards or play birds.

As the name suggests, birds from this expansion can be found in Europe and feature a variety of new abilities, like round-end triggers, increased interaction with other players, birds that benefit from excess resources, or even take up more than one card spot. For example, the Eurasian Hobby bird card lets you play it on top of another bird already on the player mat.

Digital Game Experience with the Expansion:

Honestly, this DLC reinvigorated my interest in playing Wingspan digital. After having played the physical base board game for so long it really felt like I was going through the motions. I think it does a good job of both playing on powers that we are already familiar with but also introducing some new ways to play. One of my favorite aspects of tableau building is figuring out what types of combinations and placements on the mat work for me, so introducing new powers without it muddying gameplay is key.

I love a game that knows how to fully integrate its theme into its gameplay, and the new cards really bring the birds to life in fun ways. Being able to replace cards creates an image in my mind of a large predator swooping in and taking over, or cards with “when activated” powers that work off of an empty tableau feel like a bird taking advantage of an unoccupied habitat.

For many board game enthusiasts, whether physical or digital, sometimes you’re in the mood to play and the humans in your life just aren’t. I’m pleased to announce that the hard A.I. did not have a difficult time understanding the new powers from the expansion and are making me really work for these wins! So if you find yourself flying solo, you’ll still have a great time digging into the new cards with your robot friends.

If you have spent any time with the base digital game, you may also be excited to know that the European Expansion includes new player portraits and player backgrounds to make your gameplay aesthetics shinier. I personally am a big fan of the new dapper bird portrait (I think it’s a magpie but don’t quote me) and the windmills background. Animations on the card art for the European birds are extra cute as some include little baby birds to make your heart melt in between turns.

My only criticism of the new expansion content is its wordiness. There is definitely a dark side to trying to be clever or new, and that side is quite bloated. By now many of us seasoned players do not need to refer to the rulebook to explain symbols or features on cards but some end-of-round goals now play upon whether a bird has no powers (which we are not used to). We also used to be able to take a glance at a card and understand what it meant but some of these fancy birds have very specific conditions or consequences to their powers that, while written to the best of the designer’s ability, can be confusing. Some even require you to discard eggs or cached food which can be a weird housekeeping issue to remember, and your opponents are likely worrying more about their mats than the checklist of things to do with your bird card. Like all things, it just takes getting used to and I’m sure integrating the new stuff will ease up over time. The added benefit of playing this digitally is that it has reminders and rails to keep us in check!

This expansion is for anyone with the base Wingspan digital version that is looking to refresh their gameplay experience or anyone looking to break away from the old Wingspan “meta.” New, weird bird powers created an immersive and memorable playthrough that made the theme shine even brighter than the base game. Thankfully, the A.I. opponents found in the base game also rose to the occasion and were able to take advantage of the new European cards to challenge solo players. Any losses can be comforted by fresh new expansion-only art and animations so wipe those tears and follow the shinies to play another day. Note that not all new things are easily adopted, so if you find yourself having to read and then reread the meaning of the new end-of-round goals or the lengthy power explanations of a new European bird you’re not alone.

Misses:
• End of round scoring can confuse
• Creates new housekeeping issues
• Power explanations can be bloated 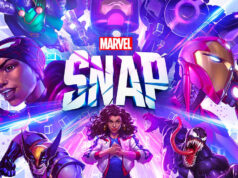