We review the first expansion for The Manhattan Project. The Nations expansion is a small expansion that incorporates seamlessly into the base game.

This review is for an expansion for The Manhattan Project. If you haven’t already, you can read the review for the base game here.

The Manhattan Project: Nations Expansion is a 7-card expansion for the base game. Each player is now given the identity of a nation to run during this giant arms race of a game. Player options include: Britain, China, France, Germany, Japan, Soviet Union or USA.

Each card gives the player a special ability that functions much in the same way the buildings do in the base game. The main difference here is that the power on the nations card is exclusive to the player owning it. Other players cannot use espionage to steal the power or bombs to destroy it.

If you are a fan of The Manhattan Project then you want the Nations expansion. Honestly, there is almost no reason for you not to buy it. It costs about $5 and adds some nice variety to the game play. I do question as to why the Nation cards weren’t included in the base game to begin with, but for its price point, there isn’t much reason not to grab a copy.

I like actually playing the game better as a specific nation. No longer are you an ambiguous country trying to build up your arsenal of bombs. Now you are Germany or Japan trying to win the arms race against USA or France. It gives the game player a bit more identity and a useful power to go with it.

Speaking of powers, they vary from nation to nation and some may seem better then others. I think all are balanced and some will probably suit your play style more than others. For example, if you are a bit of a war monger, than Japan will be the nation for you to play with. Japan can spend any 2 workers to either build 2 fighters or active an air strike (Without having to waste their main board action to do it).

While each nation gives you a unique power, none are so strong that you have to tailor your whole strategy towards that card. I more so consider it a helpful bonus that only you get to take advantage of.

Since the cards work just like buildings, the learning curve on adding the expansion in is almost nil. I haven’t decided if it’s better to leave the nations expansion out during someone’s first play of The Manhattan Project (we have been), but when everyone has played the game at least once, I won’t ever see a reason to not play with the nations. I think even first time players could handle this expansion with minimal worry. You could always just ignore the nation card for the first round or two until people wrap their heads around the game.

If you are interested in getting a copy for yourself, it’s about $5

Expansion Score: Buy – A small expansion that incorporates seamlessly into the base game.

Hits:
• Adds variety to the game
• Gives each player an identity
• Super easy to incorporate into the base game

Misses:
• Didn’t come with the base game. 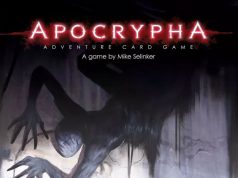