One of my surprise hits this year was the engine building game Oceans. This aquatic follow up to the excellent Evolution was not only a ton of fun, but it’s thick Deep deck offered some solid replay value. You can read my full review here, but the short of it is that I loved it and still play it fairly often.

If you haven’t tried this card game yet, now you can give it a shot… all for free! Publisher North Star Games Digital has released a lite version of Oceans for iOS and Android. The app is free to download and includes a tutorial, standard play vs an easy AI, all 10 surface cards, and 20 deep cards. This should be enough for gamers to get their feet wet (pun intended). 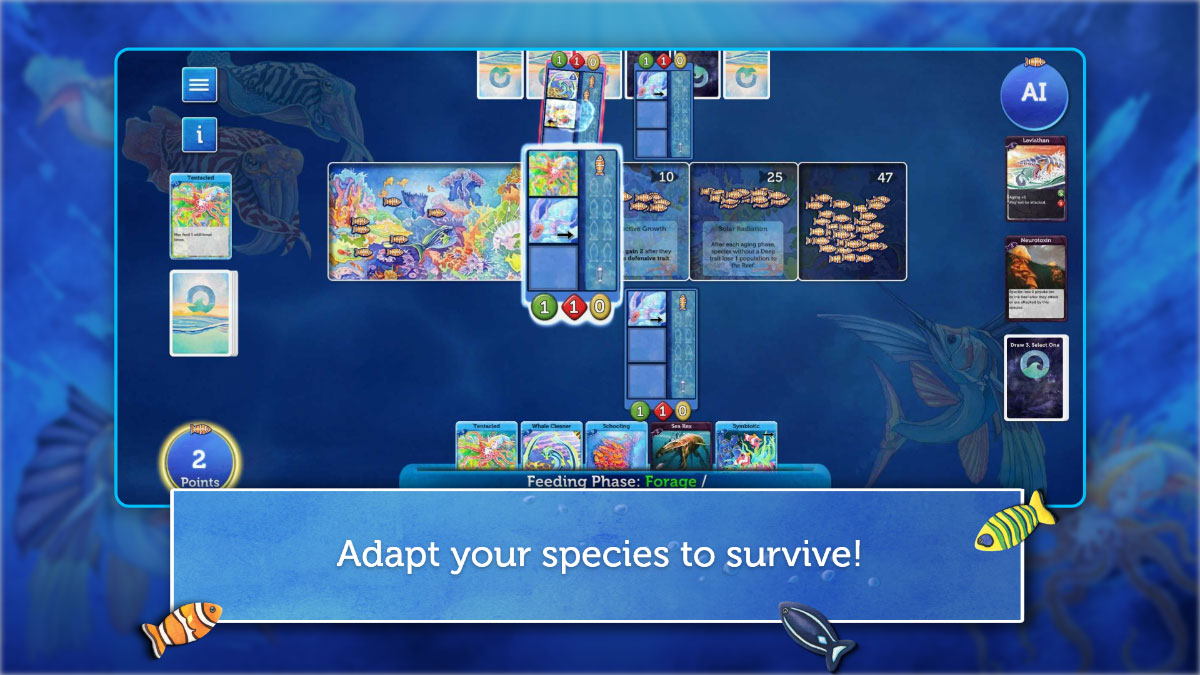 For players looking to expand on the depth a little bit here, there is an option for that too. A 99 cent IAP includes additional Deep and Scenario cards, pass and play mode, and additional levels of the AI. I’m guessing North Star’s monetization strategy here will be to release packs of Deep and Scenario cards over time, almost like an LCG format.

Speaking of solo play though, according to North Star Digital, Oceans Lite features a “neural network A.I. will also continue to learn, presenting an ever greater challenge.”

“We’re thrilled to share Oceans Lite with gamers worldwide and bring Oceans to an even wider audience,” said Scott Rencher, president and co-founder of North Star Digital Studios. “This free implementation makes one of the most exciting board game releases this year much more accessible, letting new players try the game and giving fans of the game the ability to hone their skills.” 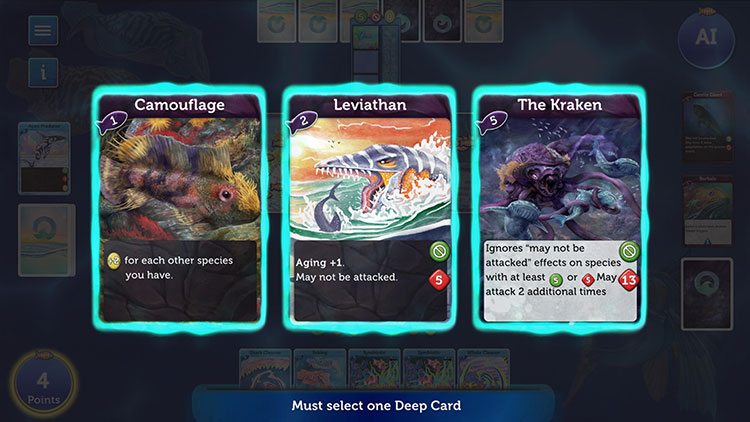 I haven’t had a chance to try out the app yet, but if it’s as good as Evolutions Digital was, gamers will be in for a treat. For those looking for online play, no word has come if that is in the pipeline.