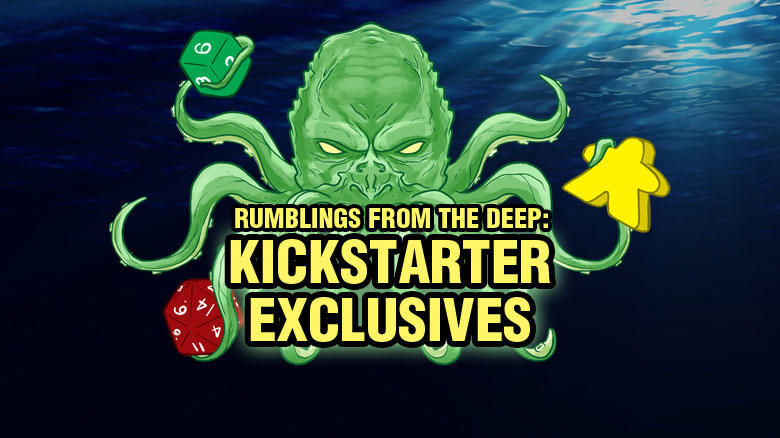 Unless you are very new to our hobby, chances are you’ve at least browsed a tabletop game on Kickstarter at some point. In my opinion, Kickstarter has helped ignite the “golden age of board gaming” that we are currently enjoying. There are many new games coming to the market that would have never seen the light of day in the past. So hurray for Kickstarter, I’m a fan.

With that being said, I want to talk about Kickstarter exclusives. If you don’t know what these are, Kickstarter exclusives are something that is only given to people who backed a game during the campaign. These might come in the form of upgraded components, extra miniature, or gameplay expansions. So you helped make the game happen, you get rewarded. Sounds great right? Well in a perfect world this makes sense.

Unfortunately the world we live in is not that black and white.

As a backer, I’ve been on both sides of the Kickstarter exclusive world. I’ve gotten some great deals on a fun game with all kinds of special add-ons. It can be pretty exciting to see a huge chart detailing all of the freebies I’m getting.

But I’ve also gotten shut out on games where I’ve come late to the party. I’ll pick up a game at my FLGS, only to hop online and see everything that I’m not only missing out on, but have no real way of getting. And let me tell you, as a gamer and also a new customer of that publisher, that’s INCREDIBLY frustrating. 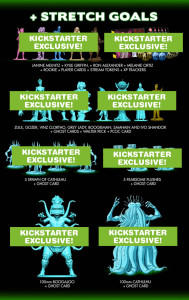 This recently came to light when I tried out a copy of Ghostbusters. It was a fairly light game, but I ended up liking it better than I expected. After giving it a go, I noticed I had some extra tokens in the box. Curious as to why, I checked out the game online. I quickly figured out that there was a lot of extra content produced for the game. Unfortunately, that content is locked behind the wall of “Kickstarter Exclusive”. <Insert ominous music here>

After discovering all the extra options I was essentially blocked from, I was more than a little disheartened. If I want the extra content for the game my options are to:
A) go to eBay and spend a stupid amount of money to get them, or B) hope for a trade on BGG. That’s about it. Neither was a particularly attractive option. Simply because I didn’t back the campaign during its 30 or so day run, I’m locked out of content for the game I own.

To be fair, I’m fine with component upgrades. You want to reward a kickstarter backer by giving them a foil stamped box or coins made out of metal instead of cardboard, more power to you. Your game may look prettier, but we still can play the same game.

But when you start locking actual game play up, I feel like I’m getting an inferior product. Be it missions, monsters, or characters to control; it all can have a real and tangible effect on the game play.

The worst part is that this all feels wholly unnecessary. While I’ll wager some people won’t back a campaign unless there are exclusive stuff, I’d also bet that they are in the minority.

In fact, Stonemaier Games recently ran a poll of their readers on why they back Kickstarter campaigns. Kickstarter exclusives came in outside the top 5 with only about 7% of the votes (see the poll to the right).

Sure, you want to give people a reason to back you now. But that can be accomplished through a variety of ways. The obvious is cheaper cost vs retail, give people a discount for trusting you now. You can also go with the aforementioned component upgrades, make things prettier. Or even non-exclusive promos. I’d be fine if the extras for Ghostbusters were given to backers for free and I had to pay a reasonable cost to get them. I just shouldn’t be limited to the insane prices on the secondary market.

But in all honesty, if you’ve done a good job marketing your game ahead of time by building excitement, testing it out, communicating with our small community, then you shouldn’t need a gimmick to get backers.

Publishers, you might be luring in a few extra backers now, but you might also be doing it at the expense of your future customers. Not only that, why would you pass up on the opportunity to sell or give away the promos to your new customers at a later date.

More than once I’ve had a friend tell me he’s not buying a game because he saw all the exclusive content he missed from the Kickstarter campaign. We have TONS of games to choose from. Do you really want to give people an extra reason to pass over yours?

As a backer, do you really need things to be exclusive? Is your enjoyment of the game going to be diminished because someone, somewhere, paid for the game at a later date and has the same components you do?

There are some companies who go completely bananas with the exclusives: Cool Mini Games I’m looking at you. It’s gotten to the point where I will back a Cool Mini Game on Kickstarter or just never buy it. There is that much of a difference between the retail and the Kickstarter version.

Despite how some people may feel I really do believe that the wall of exclusiveness isn’t even necessary. I’m not even sure how we ended up down this road to begin with. 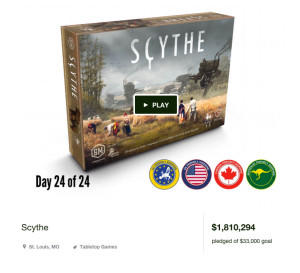 There are countless campaigns of publishers rewarding their backers without locking down content for future buyers. The upcoming game Scythe from Stonemaier Games raised over $1,800,000 in their recent campaign, and that’s all without a single pieces of Kickstarter exclusive content.

Here’s another example. The game Pairs  from Cheapass Games raised over $300,000 for a game that cost $16 to back. The only kickstarter exclusive thing they had? A sticker which had zero effect on the game play (and I’m pretty sure I lost mine in about 30 seconds). So yes it can be done. I could go on.

You don’t need Kickstarter exclusives. If you feel you do, at the very least don’t have them affect the game play. People can stomach not getting better components they will be a lot less forgiving if you lock them out a new or exciting way to play your game.

So let’s stop this stretch goal arms race. If you’re game isn’t good enough to bring in backers based on its game play and aesthetics, then maybe it’s not ready for Kickstarter yet. 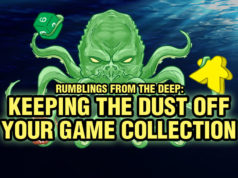 How to Keep the Dust Off Your Game Collection 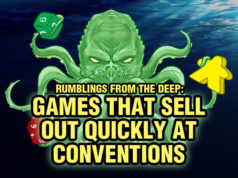 Games That Sell Out Quickly at Conventions 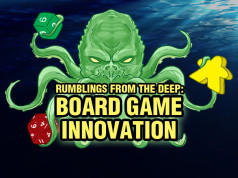