With Adepticon finally returning we had the great opportunity to hear from Games Workshop with some MASSIVE preview announcements. No matter which Games Workshop game you play there was a major release for you. Let’s dive in! 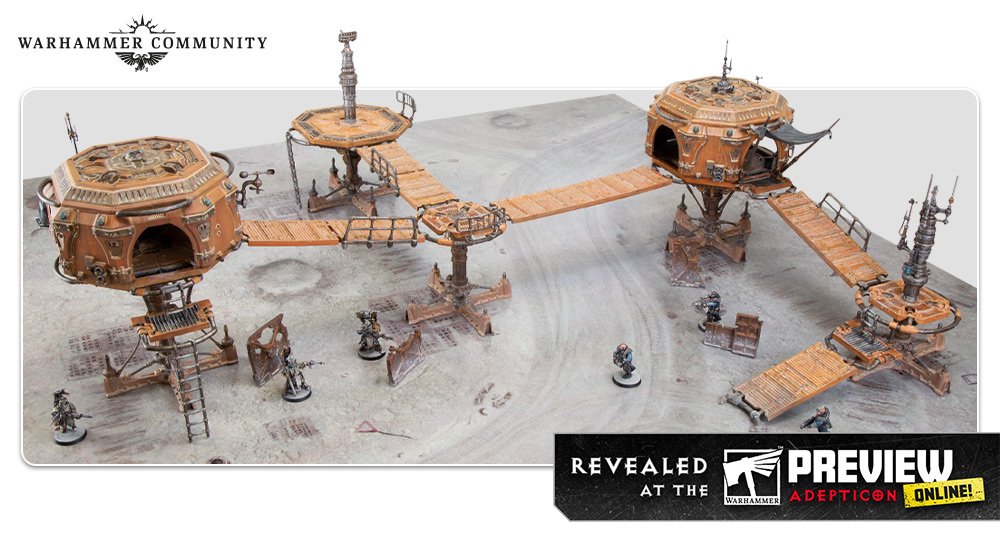 A new box set for Necromunda was announced last night: Necromunda: Ash Waste. This set will contain specific scenery pieces seen outside the hives. We also got a chance to also see the models from House Orlock take on the Ash Waste Nomads with gorgeous new models including my favorite the riders on irradiated giant fleas. This set will contain everything you would need to have fierce battles in the wastelands outside the hives including a new book as well as dice, cards, and templates. 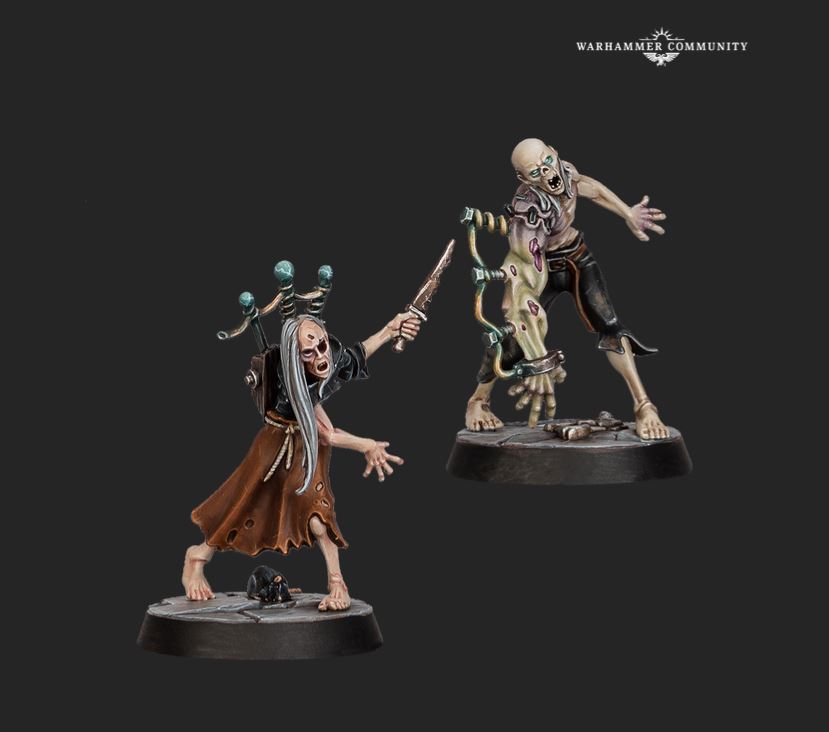 If you enjoy Warhammer Underworlds then you know the new season for Harrowdeep has already shown some great warbands. The newest warband coming to Harrowdeep are The Exiled Dead. They are led by Deintalos. As you can see, he has been conducting experiments on his zombie warband and they do not look happy about it. Hopefully, we get to see some rules for Age of Sigmar from this Warband as well. 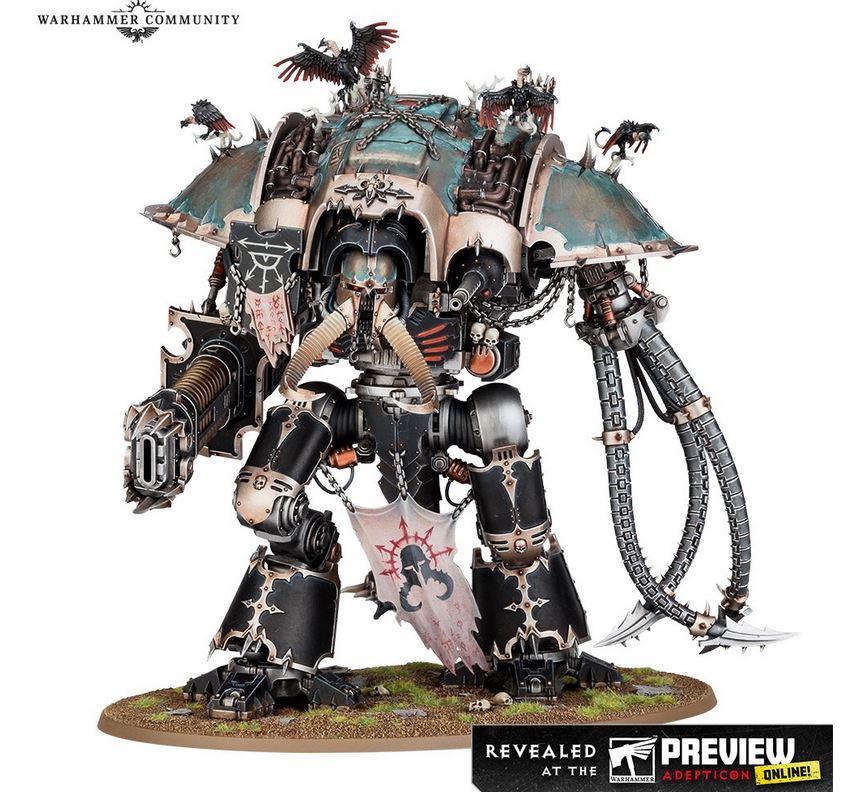 I wasn’t expecting how cool the new Chaos Knight would look. The announcement of a new Chaos Knight Abominant model alongside the War Dog Karnivors. The profile on these models makes me almost want to buy just to paint! You can see how this Knight has some vultures on its back as well as a distinctive tentacle for his left arm. The small touches of the front of the model scream Chaos and makes me want to crush space marines already. The War Dog Karnivors were also previewed and while smaller they look just as mean. Games Workshop also announced that we will see the Chaos Knight in an upcoming army box set with its codex. The Imperial Knights will also be getting a codex release alongside it. The last bit we got regarding 40k was a cheeky announcement of Chaos Marines getting 2 wounds! It looks like the forces of Chaos are getting a massive boost this year and it’s only March! 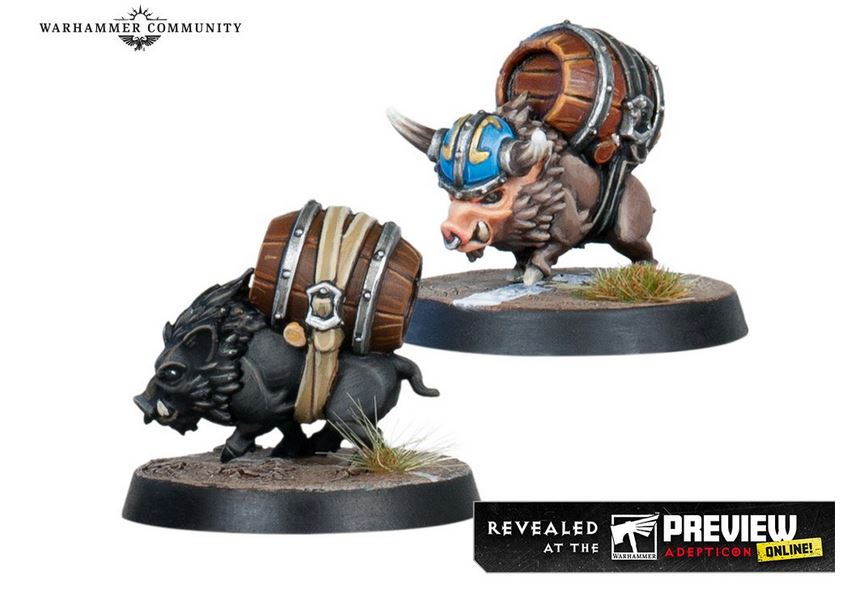 While not as intricate an announcement, Bloodbowl will be getting a new(ish) team! The Norse complete with beer boars will be available to step onto the grid iron soon! During the reveal it looks like some of the models will be able to transform in a sort of werewolf fashion. The Valkyrie was also teased as being an extremely versatile and fast model in particular. 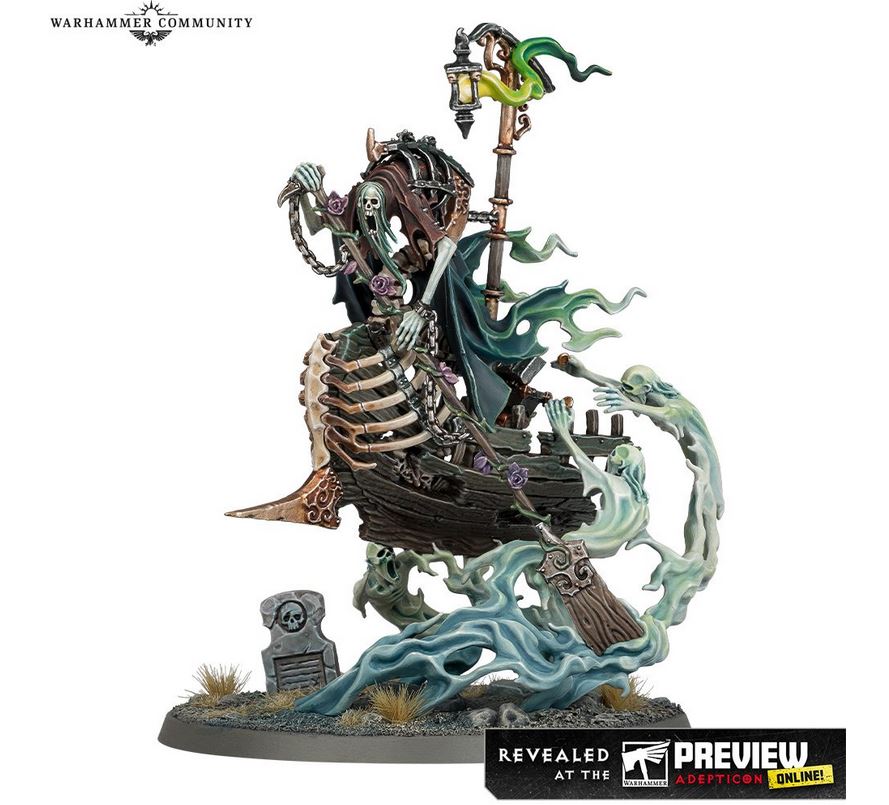 Two big announcements were made for Age of Sigmar. We are going to be getting a terrain box that includes a new neutral monster unit for Realmscape Thondia. For the last year we have been fighting in the realm of beast Ghur. Thondia is a continent in the realm that we have seen Kragnos run rampant on as well as the last major narrative event the siege of Excelsis. The box also contains the Krondspine Incarnate of Ghur, which is part monster and part spell. The season of war Thondia book will have rules for creating your own narrative hero and was hinted to propel the Age of Sigmar narrative further as well.

That wasn’t all for Age of Sigmar though. The Nighthaunt, who are getting a new battletome this summer, are also getting a new hero. Awlrach the Drowner was announced as a new unit for the army. Nighthaunt is known for being an extremely fast army focused on positioning. Awlrach’s preview hinted that he can possibly help them teleport across the board as needed. I can’t wait to add him to my army and see how he synergizes with the new battle tome. 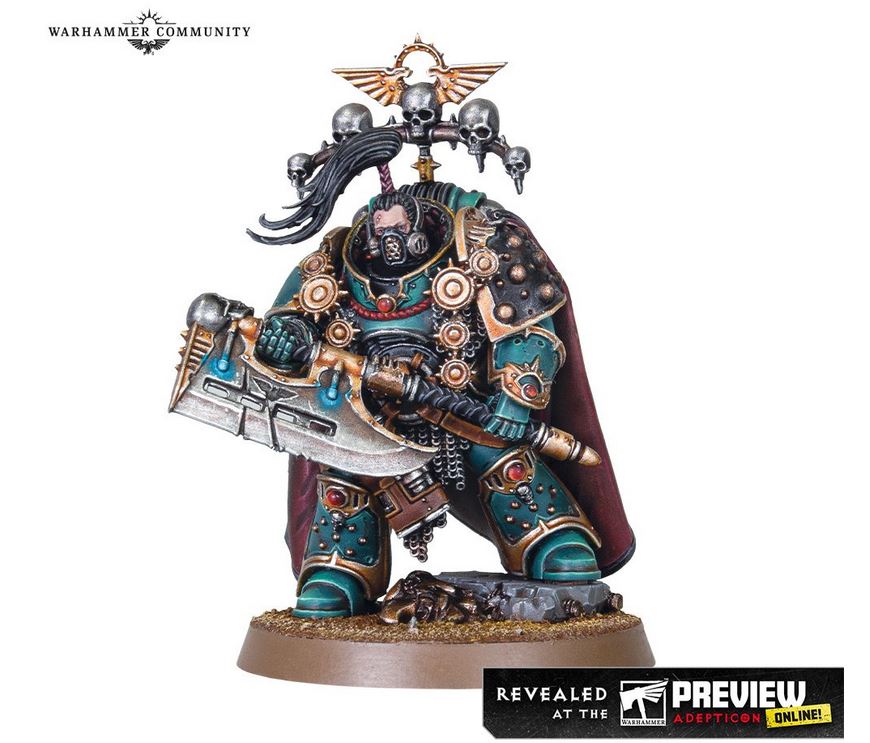 This was a long time coming but we received a preview video announcing the new Horus Heresy box set coming later this year! For anyone who doesn’t know, the Horus Heresy focuses on the “betrayal” of Horus when he turned on the emperor of man in Warhammer 40k. So, the setting is roughly 10 thousand years before 40k and focuses mainly on Marine vs. Marine combat (with a few other major units thrown in). The two new plastic models that we know of so far are the Mark VI marines and the Praetor models.

Overall, it was a huge night for Games Workshop fans. We had some major announcements for almost every game system along with the new support for the Horus Heresy. I think we are starting to see the Games Workshop line up for the year and it is looking like a great year to be a war gamer.

I can’t wait to see what the rest of the year has in store! 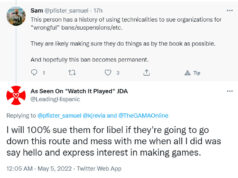