Family of Gamers have returned with SET and Dragonwood

Okay, so it has been way too long since the last article. I am sorry for the delay! We have played a bunch of games since our Catan Junior review, and this time we will focus on two classic games, SET and Dragonwood. 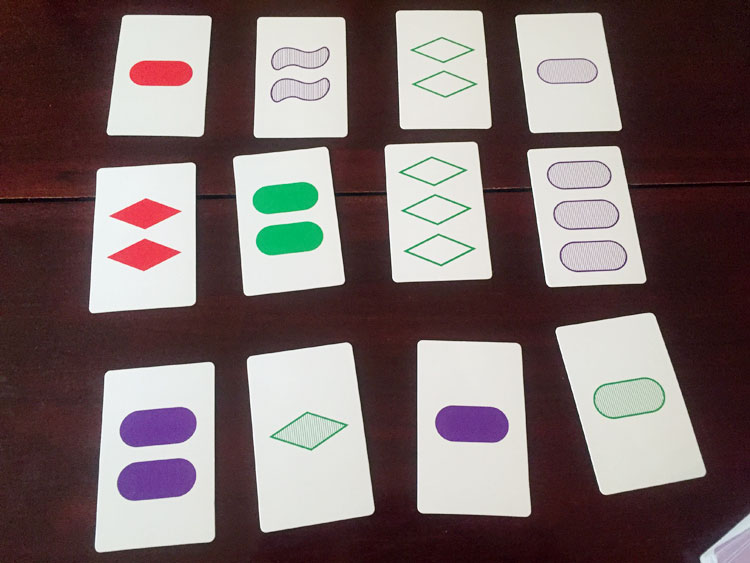 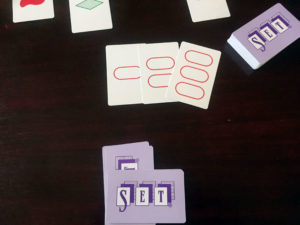 This game meets our criteria for a family game as there are little to no words necessary to play the game, no downtime between turns as there are no turns and no conflict. However, I see the learning curve as very steep. You have to be patient with younger players as they might have trouble seeing the patterns and will yell “Set” and then look to see if there is a set on the board.

As for our family, Jeff is the visual pattern finder of the group, so it is natural for him to play this game. He will play a 1-person game of SET to keep his mind laser sharp. Isaac, Anika and Stephanie have a hard time with finding sets (especially with Dad around taking the good ones) and find the game frustrating. They do find it exciting when they find a set before anybody else. But when asked why they would play the game again, Issac and Anika replied, “Because Dad makes us.” They each described the game as too similar each time without much variety. As for strategy, only Jeff has any. He looks for the card with the least similar attributes to the rest of the cards and attempts to build a set with it.

To boil it down, we feel that SET is good for learning pattern recognition at any age, but because of the lack of chance or luck a skilled player can easily overwhelm the other players. (“Sorry family! I try to slow down my set finding” – Dad). For young players, it might be helpful to start with only using 1 or 2 of the attributes instead of all 4.

Family of Gamers Summary for SET: 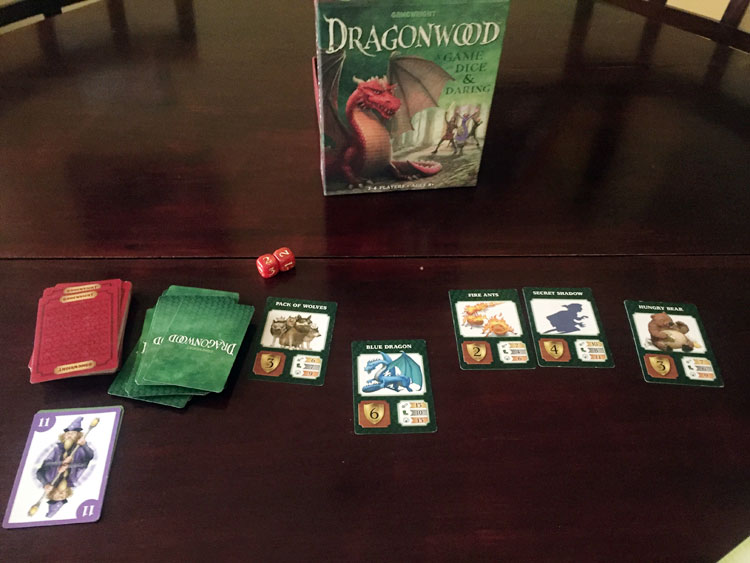 Our next game is Dragonwood from GameWright Games. The family have been fans of most GameWright games (Moose in the House, Turn the Tide, Feed the Kitty, etc), and Dragonwood might be an exception. It combines set collecting, dice rolling and some strategy, but adds frustrating missed dice rolls, collections that don’t come together and long waits for just the right card.

The object of the game is to earn the most victory points by collecting monsters in the forest of Dragonwood. Players roll dice to defeat monsters or capture magical items. The magic items have no victory points, but help with future capture events. Each monster or item has three values that the player’s roll must be equal to or greater than to capture. Sounds pretty simple, right? Here is where the collecting and strategy come into play. Players have to collect cards that have the same number,  same color or form a straight. The number of cards in the set determines the number of dice that can be rolled.

All of us find the game a little slow waiting for just the right card to complete a set to roll enough dice. Stephanie finds that there are never enough dice to roll and capture a creature – too much luck. Issac only finds strikes (straights) easy enough to complete, and Anika dislikes that the dice only go to 4. Jeff finds the dice rolling a little too random and the playtime a little too long.

We find that Dragonwood teaches our children strategy and patience. They learn a lot of patience in waiting for a collection of cards to form in their hands. There is some strategy that could be learned from the game for younger kids. First, they can learn which attack value is the best option for each monster. Then, they can learn the probability of the dice roll being greater than that number. Also, the probability of the card they need to complete a set being drawn in the next turn. There are 5 suits with 12 cards in each suit.

Maybe it will be a better fit for your family. Give it a try and leave us your feedback on your kids’ strategies. Is there a game you’ve been debating whether to pick up as a family game? Let us know & we will be happy to review it next!

Family of Gamers Summary for Dragonwood: 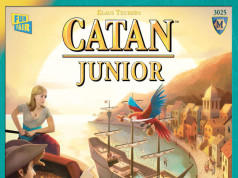 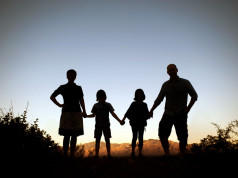 Family of Gamers: The Journey Begins