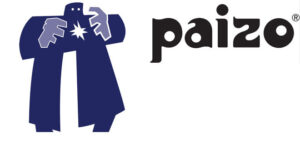 Paizo Publishing, the publishers of the immensely popular RPG product Pathfinder (and Starfinder) have had some allegations come to light about the internal workings of the company. Recently, Paizo Customer Service & Community Manager Sara Marie was let go from the company. Shortly there after, Paizo customer service representative Diego Valdez resigned in solidarity with Sara.

After which, former Paizo project manager Jessica Price wrote a long twitter post alleging many serious accusations against Paizo’s upper management. You can read her entire thread here, but among the accusations are:

These are just a few of her many accusations, you can read her whole thread here.

After that, former Paizo production specialist Crystal Frasier made her own post accusing anti-gay statements from Paizo’s executive team and anti-transgender rules.

These are all serious accusations and, if true, would mean that Paizo has a very toxic workplace. Paizo President Alvarez has since made a statement on Paizo’s forums reaffirming the companies core values. Note: he doesn’t specifically deny any allegations from Ms. Price.

Publisher Eric Mona has released his own statement on Reddit, specifically denying Ms. Price’s accusations (or explaining them).

These accusations, while serious, do run counter to the brand Paizo has sought to cultivate over the years. Paizo has long been very progressive with its RPG products (a fact Jessica Price attests to in her post). There is even a blog post about from 2014 about 50 LGBTQ characters in the Pathfinder RPG. So while there are accusations of Paizo’s executive team being anti-LGBTQ, they are still greenlighting products including and in support.

Whether or not these accusations are true, Paizo has also publicly stated that they are wanting to improve its leadership through growth. So time will tell if their company’s future actions hold up to the core values that their RPG products promote.