We review Cloudspire, a MOBA style board game published by Chip Theory Games. In Cloudspire, players are using their units and heroes to attack their enemy's fortresses. 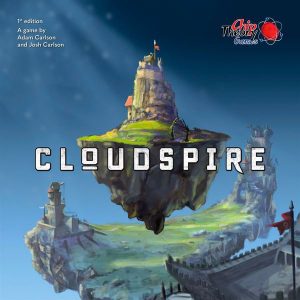 What a game is and what gamers want a game to be are two different things. It doesn’t take long browsing the forums of the interwebs to find an aggrieved player who complains that the 6 camel strategy was never intended to be a thing or that the Chao Fa rule ruins the elegance of Phuket. There are times when players dislike a theme and just want Agricola to be about running a slipshod dinosaur park instead of a family farm. Whatever the case, gamers can’t get everything they want and usually that’s a decent pill to swallow. The next game for review really wants to test that theorem.

If readers are familiar with the poker-chips-as-gems in Splendor, they’re in for a treat with poker-chips-as-fantasy-creatures for Cloudspire. It attempts to replicate MOBA (multiplayer online battle arena) games that are recently popular as competitive games in eSports. Look it up.

In this case, the gameplay slows down to a turn-based endeavor with players slinging units at each other across a hex map. Oh, and Cloudspire dials it up to 11 with production values and stuff in the box. It’s quite the event for 1-4 players ready to dig in for 3 hours. This reviewer’s recommendation is to grab a buddy to learn and then expand as desired.

Depending on your play scenario (coop, solo, competitive), Cloudspire setup usually involves selecting a faction of alternative-fantasy races (they’re outside the Tolkien standard) and taking the matching neoprene fortress.

This may be a good time to mention that all the map components in Cloudspire are made of neoprene (mousepad) material. This gives a smooth glide to the poker chips as they move across terrain.

This might also be the time to mention that all units and objects on the map are represented by high-quality poker chips which come with plenty of chip holders just like you might find at a casino.

Ok… After selecting a fortress, the main map is set up with a central path group of hexes that are then surrounded by additional hex groups that create pathways between one fortress and the opposing fortresses. The players’ units will dispatch from one fortress gate space and move semi-programmatically towards a selected opposing fortress. The semi-programmatic part just means that the units must move if they can and must always move closer to their marked fortress when they move.

When units encounter opposing units, a battle takes place in a standardized, non-random format. Unit A damages Unit B, Unit B retaliates, Unit C has range to Unit B, etc. There is A LOT to the order and process of combat, but on the whole, dice are only used when towers, oh yes towers, fire on units. During all of this, players can directly control one or more hero units which can move about the map and attack units as needed on their own.

To add to the conflagration, there are upgrades and energy sources that, once controlled, fuel future upgrades. The duel over energy sources and the strategic control of areas of the map can make a big difference towards the goal. And, if it wasn’t obvious, the main goal is to crush an opponent’s fortress.

There’s no way to encapsulate all of the delicate rules in a review. Readers who want the in-depth scoop from the best source can watch this introductory video.

On the one hand, Cloudspire is exactly what it claims to be. It’s a MOBA game turned into a board game. Having only played League of Legends for a little, this reviewer knows only the basics of MOBA strategy, but to give readers the real scoop, Cloudspire plays like a semi-programmatic war/tower-defense game with area control and resource management.

Upgrades and the timing of what to buy are at the heart of this effort which, judging by the depth of all that comes in the box, was a huge labor of love for the designers. This is a game with a ton of content to explore and digest. Choosing an upgrade path in one game and then deciding to explore a different path with the same faction is common. Merely sitting down for one game just scratches the surface.

The other positive, if it wasn’t clear, is that the choices to be made, based on the random setups from game to game, are plentiful. Although it seems like units will move themselves, there is a lot to decide each turn and, especially once the mid-game arrives, building towers on just the right locations becomes challenging. Getting to energy source locations first can also force opponents to change plans. For gamers who really love to buy a game and dive deep, this is a real gem.

But, all of this still brings up the issue from the introduction. This is not a game that you play in addition to other games of the same weight. Getting Cloudspire out, setting it up, and then committing to a game or two is no small feat. It’s an affair. And if you’re playing the cooperative game, it’s a scheduled affair. This is a game that requires you to love it back as much as the designers want you to love it.

The main problems here are that the components of the game may also betray the very typical customers of such a game. Wargamers like realistic mechanisms or, at the very least, cool minis to drool over. Wargamers love chrome, but poker chips and neoprene, while lovely, seem to add a different kind of chrome that isn’t what they would choose to pay for. Wargamers, on the whole, like deliberate movement and combat. Thus, the very nature of Cloudspire’s conceit runs counter-intuitive to decades of wargamer standards. That doesn’t make it bad, but it’s a hard sell for some core potential customers, yours truly included.

When a MOBA game is played online and real-time, the immediacy of decisions is the crux of the challenge. Cloudspire’s slowing down of that method changes those choices into automata and that’s not for the better in board gaming. That’s the sad part here since the engagement of the expected action, once slowed, diminishes significantly.

Cloudspire could be great except for the main concept and execution of the game. For this reviewer’s money, it’s not a fair trade. There may certainly be others out there for which the MOBA style combat is exciting even when slowed to a crawl, but given the mechanisms present for the dollar value, there are other games that ask less and give more.

Misses:
• Not as engaging for typical wargamers
• Gameplay can feel samey unless players enjoy each factions’ depth 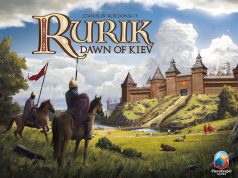 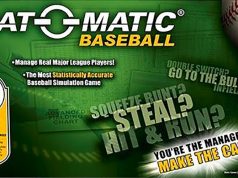 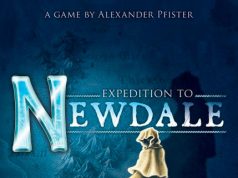