Home Quest Lists Board Games That Improved With More Plays

So, you just got that game that’s tearing up the hotness. All your friends are talking about it as if it’s the board game equivalent of an MCU release. However, once you play it, it’s just… not… what you wanted. Maybe it was the curveball theme or the unusual action mechanism. Whatever. Your friends keep asking to play it and you, begrudgingly, go along.

And then it happened. That one special play where the bullets suddenly froze in the air and you felt as if any play you wanted was easy. Some games are like that. They need time to brew new neurons, an incubation period to truly bring out their essence. Well, the Board Game Quest game-symbiotes are here to bring forth their stories of those games which took their time to become enjoyable. Games that now truly inhabit us.

Hopefully, they take less time for you. 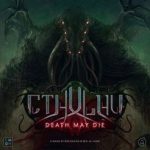 I was pretty excited when I saw the Kickstarter for Cthulhu: Death May Die. A Lovecraftian game designed by Eric Lang? Yes Please! I was a day one backer and eagerly awaited my copy. When we finally were able to sit down and play it, I thought the game was terrible. We were careful, avoided the madness, explored the house… and got completely steamrolled by the monsters. The game felt like a broken, crappy mess. I was ready to sell it. So I hopped online to see if maybe we got a rule wrong. Turns out we didn’t make any errors, we just had the completely wrong strategy. With Cthulhu: Death May Die, it’s not like most Lovecraftian games where you are trying to do all you can to avoid madness. In this game, you need to embrace the terror. You see, the more your sanity drops, the more powerful you become. You gain more dice, special abilities and eventually turn into a monster killing machine! It’s a very fine line you have to walk between discovering the horrors of that which were not meant to be known and saving your sanity.

Race for the Galaxy

Unless you have a doctorate in ancient Mesoamerican pictograms, it’s unlikely you’ll completely grok the symbology of Race for the Galaxy on the first play. Then again, maybe you’ll have a great teacher, and it will all fall into place. For yours truly, that was not my experience. However, I now regard this as one of the best card games of all time. It’s obtuse and asks players to think in uncommon terms, but once that model starts to click, it’s pure joy. I strongly urge gamers to download the app and play 5, 10, 20 games to really consume this one. I promise it eventually pays out in spades.

An opinion on a game can change based on multiple factors. Time, together with a change in gaming tastes, can be a key component when revisiting a game you were not impressed with. We also are in a gaming culture where many say that two plays of a title are enough to see the breadth of decisions and strategies (which is fundamentally wrong, as I’ll get to in a moment). All these were big deals in my rethinking of the 2012 Spiel des Jahres winner Kingdom Builder. When I first played it twice in 2017, I felt that decision space was minimal, drawing a single card to play out settlements, so I didn’t feel the need to revisit it until it hit BoardGameArena. Since then, I have played a total of 27 times, and there is a lot more to decisions than just doing whatever a card says. Early decisions impact how far of a reach you can get when adjacency ends. There is a give and take of building towards scoring and building to special action tiles (almost like you see in Vaccario’s biggest title Dominion). And best of all, it’s a game where the better players will win, as opposed to what gamers may see on the surface. I’m really baffled how much I enjoy Kingdom Builder and am happy to have revisited years later. 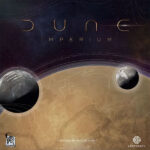 By the time I played Dune: Imperium, the game had already been heralded as one of the best games of 2020 and I was eager to see exactly how much of the hype was warranted. My first game, sadly, was remarkably underwhelming. The worker placement—one of my favorite mechanisms—seemed too straightforward and the deck building was far more restrictive than most games because you simply didn’t cycle through your deck all that much. I was disappointed and—even worse—concerned that the loudest voices in the board game reviewing community had gotten this one completely wrong. (Something that has never happened before.) By the third play, however, everything clicked. The game isn’t really a worker placement or deck-building game. Feel free to call it a “hybrid” (the current term of art for this style of Euro), but mostly it’s an optimization puzzle with many different ways to eek out points. The clever combat abstraction makes every round rich with different considerations and the benefits given by each of the game’s factions are actually thematically sound, albeit abstracted down to their most basic forms. I even enjoy the game solo and at two players, despite those play counts requiring automated bots. It’s been a long time since I’ve been truly excited about an expansion, but my love for Dune: Imperium makes the upcoming Rise of Ix expansion a must-own. Hopefully, it takes just one play for me to fall for that. 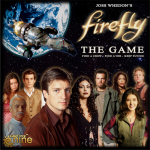 My wife and I love the show Firefly so, very early on in rediscovering this hobby I picked up Firefly: the Game for us to play and it went about as well as the average job for the crew of Serenity and maybe a little worse. It was relatively complicated, slow, and punitive when you failed early on. We dove into this sci-fi western and felt crushed like Patience under her horse before even the Alliance or Reavers could give us any trouble.  But I loved the theme and the idea of this game. Then I played it solo a few times and it hit me like River Tam—this game is great solo as you get to fly around the ‘verse, complete jobs, and curse your gorram dice when a job goes sideways. I like starting with $1000 of crew and gear that allows me to jump right in to misbehavin’. But really the game is extremely thematic and allows me to be immersed into this universe of colorful characters and pink fluffy dresses.

Chosen by Brian B 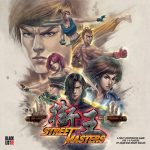 Street Masters looked like it would be perfect for me. It is a cooperative fighting game (influenced by arcade fighting games), has dice rolling, uses modular decks for fighters and villains, and has several different stages (each plays differently). This game has HUGE replay value! Unfortunately, I missed the 1st Kickstarter for Street Masters, so when the Aftershock Campaign was launched, I went All-In with my pledge. Fast forward to Gen Con 2018. Tony picked up an advance review copy from Blacklist’s booth. We decided to play our first game as the last game of the night and with 4 players. By the end of the second round, I believe I was quoted as saying “I wasted $300 on this crap!” Fortunately, Tony and I gave it another shot and played a second game (2 players only) a couple of days later. I had a completely different experience. The strategy and ebb and flow of the fighting made more sense. We developed actual working strategies. I am very satisfied with Street Masters and it currently resides in my Top 10 Games of All Time (just don’t play 4 players).

I’m a huge fan of abstract games and one of the first games I introduced to my wife was Pentago. The rules are simple: place your marble on a rotatable 3×3 platform, rotate one of the 4 platforms 90°. The first to connect 5 of their marbles in a row, wins. And it’s one of those games, the more you play it, the more strategies reveal themselves (which is probably true for a lot of abstracts). While the constant defending off a loss while working on a rotating strategy into a victory bends the neck and minds, it’s very engaging. We really liked it and still play it on occasion. 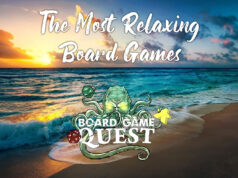 The Most Relaxing Board Games 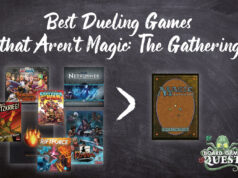 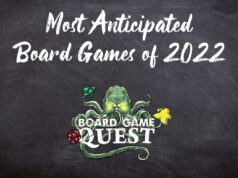