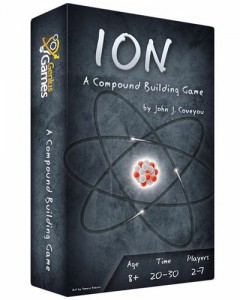 As a chemistry major and science educator, I am a fan of anything that promotes scientific knowledge to a broader audience. As a gamer, I enjoy games that have card drafting as a primary mechanic, allowing me to determine optimal paths to victory with the tools I am given. These two concepts are bonded together (see what I did there?) in Ion: A Compound Building Game, where players assemble compounds to meet goals and score points. Will Ion react explosively when exposed to your gaming group, or will it sink to the bottom of your gaming shelf, inert as a balloon full of xenon? Read on to find out?

Ion: A Compound Building Game by Genius Games is a card drafting and set collection card game for 2-6 players that plays in 30 minutes or less. Compound plays best with 3-5 players.

In Ion, players draft and play cards representing various ions with the goal of creating compounds. Noble gases are also drafted and played as individual cards, since they do not react with the ions to form compounds.* Each round has certain compounds that are goals for players to construct for bonus points, and players can use special powers to assist in getting the cards they need to create compounds. At the end of each round, points for compounds are scored and totaled, and after three rounds, the player with the most points is declared the winner.

Each player is given a set of special action tiles (see below) and a hand of element cards. Element cards consist of positive ions (i.e. Na+, Ca+2), negative ions (i.e. F-, OH-) and noble gases (i.e. Ne, Ar). Element cards are also played as a common pool for players to select from, and compound goal cards are played to show the compounds that earn bonus points for that round.

On each turn, players select one element card from their hand and play it simultaneously. The element card can be played “unbonded” which means it is free to form compounds, or as a noble gas. The element card can also be played as “bonded” which creates a compound for scoring. For instance, if an unbonded chlorine (Cl-) is in play, a potassium (K+) can be played as bonded, forming KCl and completing the compound for scoring. After the cards are played, the hands are passed to the left and a new card is selected. Play continues until players hold three element cards in hand, at which point they play one and trash the remaining two.

Players can also activate their special action tiles on their turn, allowing them to draw from the common pool of cards, steal an opponent’s unbonded card, or play two element cards on a turn. These special actions, while powerful, penalize players with negative points for using them.

At the end of the round, points are scored for cards that are bonded into neutral compounds, and for Noble Gas Cards played. Each element card has a specific point value, and noble gas cards award points based on the number of different noble gases played. Bonus points are awarded if compound goal cards are met.  After scoring, a new set of element cards and goals is dealt to begin the next round, but used special actions do not refresh. At the end of three rounds, the player with the most points is declared the winner.

Ion: A Compound Building Game provides gamers of all levels of experience with a rules set that is accessible and easy to learn. Card drafting is one of my favorite mechanics, and it is an easy one to explain. How to create compounds and scoring were all quickly explained, able to get gameplay up and running with a minimum of time lost.

While I am a fan of the chemistry-based theme of Ion, it is one that may turn some people off, especially if they have bad memories of their high school chemistry courses. However, the theme does open this game to the realm of science educators, who can use the game as a basis for their lessons when teaching about bonding theory and compound formation.

In our plays, we found that playing with 2 players did not provide a fulfilling game session, while playing with 6 players pretty much eliminated any strategy in terms of having hands of cards come back around through the draft. We found that playing with 3-5 players was the sweet spot for this game. We also added a house-rule that reversed the direction of the hand-passing for the 2nd round (a la 7 Wonders) for some added variation on gameplay.

Ion is a good card-drafting game for gamers of all types. It will find a happy home playing both with families (especially with children in 6th grade or above) and hardcore gamers looking for a warm-up or in-betweener game to play at game night. The rules and gameplay provide easy access and an enjoyable experience. This game is highly recommended for any chemistry/physical science teacher as a supplemental activity for students who are learning about bonding theory and compound writing.

*Not 100% true. Xenon and krypton actually form compounds with fluorine. This occurs because of shielding effects that reduce the ionization energy of the outer electrons in the noble gasses, and the high electronegativity of fluorine. The more you know!

If you’d like to become a backer, pledges start at $19 the full game and stretch goals. Ion: A Compound Building Game is scheduled to be in backers hands in October of 2015 and you have until Wednesday, May 6th to become a backer. Head over today and check it out. 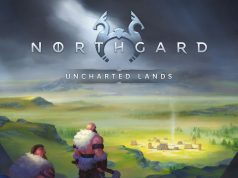 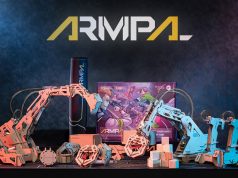