We review the digital version of Pavlov's House, a solo war game published by Dan Verssen Games. In Pavlov's House, the player takes on the role of the Russians during the siege of Stalingrad and must defend against the german's advances. 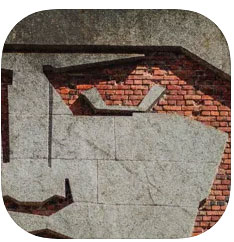 The history of World War II is filled with thousands of stories of survival, overcoming adversity, and sheer will. The Soviet Union was a major target of German aggression and an “at-all-costs” defense of the motherland was its most important goal in the conflict. The defense of Stalingrad, the namesake city of the Soviet leader, was critical to pushing back the advance of the Third Reich. The now legendary defense of Pavlov’s House as a part of that story is where this article’s game gets its title.

Pavlov’s House, named for the Red Army’s most famous defender (not the owner of the house), is a house near the Volga river where the Russian Army held off the advances of German armor, infantry, and bombing for two months. These inspirational actions are detailed in this game of the same name as a military-themed “tower defense” style affair which includes card play, action selection, and the ever-approaching menace of enemy forces. The digital version of the game is solo only, however, the physical game can play cooperatively with up to three players. The playtime is roughly 45 min for a single game.

With a seemingly straightforward game round, Pavlov’s House adds complexity due to several items of added challenge for each sub-system. As such, the printed rules amount to 25 pages. This is a lot to condense into an article (and a digital game for that matter). To get a full understanding of these, this reviewer recommends Paul Grogan’s video with tutorial and playthrough. It’s long, but gives the best view of how the game is played. The broad strokes of gameplay are presented below.

Over a series of rounds, the player will take actions during three phases for each round:

The game board represents three different top-down views of the area around Pavlov’s House on three different scales. On the left is a view immediately above the house showing the interior floor where Soviet individual troopers can be positioned to protect 3 pathways of attack (green, red, purple). The middle view is the surrounding environs of the house that show the specific 3 colored pathways and, if occupied, the units of the German forces moving in on the house. The final view can be measured in kilometers and shows the various supply, supporting, and command positions of Soviet forces around the house. This view is primarily used to show what supporting units are still available to the player.

For each of the three phases, the player moves through a specific set of steps.

In the Soviet Card Phase, the player draws 4 Soviet cards and will play 3 of those cards. On each card are two actions and they may take one of those presented. These actions represent the Soviet units resupplying, preparing to attack, and shoring up defenses. The player may also be able to activate anti-aircraft to cancel attacks during the next phase when Luftwaffe dive-bombers attempt to destroy supporting units.

The middle phase uses the Wehrmacht cards. The player will draw three, one at a time, and resolve each. There are a few different types of events that may occur during this phase. German units will attack the Soviet defenders, use mortars to disrupt Soviet actions, deploy new units (infantry and armor), and reduce the chance of successful Soviet defense. However, mixed within the Wehrmacht cards are Soviet Storm Group cards which allow the Soviet player to assault specific German sites to gain a tactical advantage. These are also critical cards for scoring for the end of the game.

Finally, during the Soviet Counter Phase, the player has the chance to take actions with Soviet units/troops represented as counters. The player may take the following actions, some of which cause the acting unit to become “exhausted” and unable to act again until they Recover.

Move (Does not Exhaust a counter)

Actions that do not Exhaust a counter
• Recover

The game will end when the player has revealed all Wehrmacht cards. At the end of the round, the player gains one more Storm Group Raid attempt, then counts their score based on the following:

• Points from successful Storm Group Raids
• One point for every Soviet Counter in Pavlov’s House
• Subtract three points for every Wehrmacht Counter remaining on the board.

If the player has a positive score, they win. As a player gains higher scores, they gain more honorific titles. However, a score of -10 or lower means defeat. Anything else is a draw.

One thing is very clear from playing the tutorial and then playing a series of games, it’s not just that Pavlov’s House is a hard game, but it’s also a game that doesn’t help players understand how each action will affect success or failure in the game. The tutorial is great for distilling down the big picture and procedural aspects of the game. However, there’s little introduction to understanding the overall forces in the game and how they will need to be used in combination to do well in the game. This may seem like a sour grapes comment, but this reviewer is a strong proponent of helping players do well, especially in difficult games. Again, watching a playthrough or extended tutorial on YouTube seems necessary to survive past a couple of rounds.

While the ease with which succeeding in the game is one concern, finding joy in the strategy once a player is competent is quickly achievable. Pavlov’s House is a treasure trove of options and really delivers the feeling of a stressed out group of survivors holding out against the disintegration of their country. Ok, maybe that’s exaggerating a bit, but the tension is there with every dice roll trying to avoid bombing raids or critical attacks against the defenders in the house.

The other lever that the game pulls well is the combination of tactical choices between card play and unit actions. The Soviet Card Phase has an element of deck building in it as the player will want to remove Fog of War cards from the deck. These come into the player’s hand preventing them from gaining a full set of 4 choices during the phase. In addition, the use of this phase to aid the supply of units ties right in with unit actions in the latter part of the round when the player will want to move and attack with units. Dividing these two types of actions with an enemy phase to introduce new units and destroy prepared supplies is game design at its finest.

To boil it down, for $8.99 (at the time of this writing), Pavlov’s House generally sets out what it intends to do. The digital version allows quick play without the management of counters or cards. Players can get into the strategy quickly with repeated plays tuning up their decision making. However, for new players, there is a significant hurdle that Dan Verssen Games and digital developer Bookmark Games hasn’t really addressed. If readers are anxious to give Pavlov’s House a try, the price point seems a solid ask for the mileage to be gained from repeat plays. Pavlov’s House is currently available on iOS and Steam.

Final Score: 3.5 Stars – A run-of-the-mill digital translation and a dearth of help in learning the game shouldn’t deter military-minded gamers from enjoying this tower defense feat. 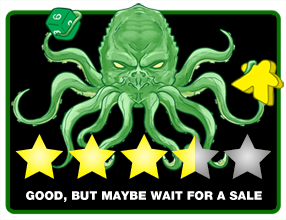 Misses:
• Lack of an engaging tutorial or assistance during play
• A pretty staid translation of the original with no flair