Home Board Game News Guess who’s back, Dragonlance – Krynn is back, tell a friend

On December 6th, Dragonlance will be back baby!

Wizard’s of the Coast is bringing back the beloved world of Krynn, but in a unique way. Not only are they offering a new Dungeons & Dragons module, titled “Shadow of the Dragon Queen,” but a new board game as well called “Warriors of Krynn.”

The adventure, meant to span levels one to eleven, will take place during the War of the Lance. WotC has made it clear that a) knowledge of previous Dragonlance characters or history will NOT be required b) the module will involve new characters and locations. That being said, they hinted that there may be some cameos from the past.

What is so unique about this announcement? “Warriors of Krynn” can be integrated with your D&D adventure. Instead of roleplaying six of the large battles, you can play them using the board game and the results of your session will be carried back into the adventure! 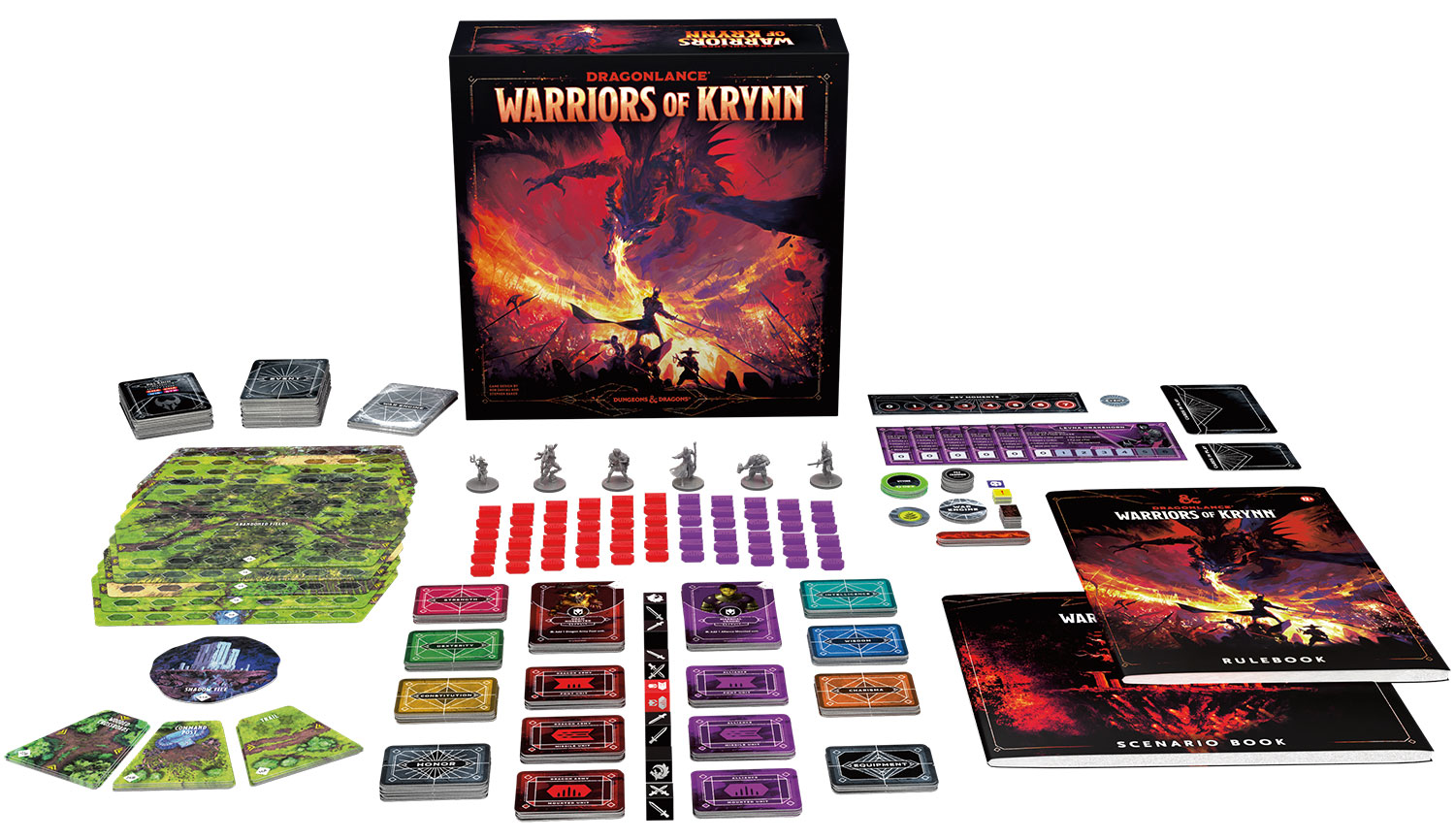 But Brian, this Board Game Quest, not D&D Quest! Agreed, so let’s discuss the board game. It is a cooperative war game designed by Rob Daviau and Stephen Baker and includes twelve scenarios. Unlike most war games, each scenario is a battle that is bigger than the characters themselves. You and your allies will move around the battlefield, influencing your army, assisting with morale, or completing side quests that can turn the tide of battle. As you progress through the game, you will gain power but the battlefields will become more complex and larger.

If the board game or D&D module interest you, or you want to read more about these products, click here. You can  there as well. Unfortunately, I could not find a link to preorder the board game by itself on WotC’s website; however, several other online boardgame stores have “Warrior of Kyrnn” available for preorder.