We review the digital version of Fort Sumter for iOS, Android, and Steam. Originally published by GMT Games, Playdek has developed this card driven game for your tablets and computers. 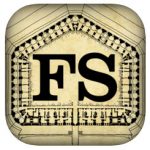 When it comes to Civil War board gaming, my experience is fairly light. I still have a copy of Freedom: The Underground Railroad (which is pretty fantastic), and I used to have a copy of Battle Cry, which has long since worked its way out of my collection. But I still find historical gaming fascinating so that’s why I decided to check out the digital version of Fort Sumter. The board game was originally published by GMT Games, and developed for iOS, Android and Steam by Playdek.

Fort Sumter is a card driven game that has some similarities to Twilight Struggle. The goal is to earn the most victory points over the game’s three rounds. One side controls the Unionists while the other the Secessionists.

The game board is divided up into 12 areas in four different groups. These represent either important locations in the area (armaments, the Deep South, capitols) or ideas (newspapers, abolitionists, etc…). Each player begins the round with four action cards and two objective cards. They secretly choose an objective for the round, which if a player controls at the end of the round will earn them a VP and potentially a bonus action.

Players then alternate taking turns playing an action card. The card can either be used for its numerical value (to add control cubes to spaces on the board) or its event if it matches their side (which usually allow you to add extra cubes or remove opponent’s cubes).

After 3 of your cards are played, the fourth gets added to your final crisis pool. At the end of the round, locations are checked. If you control all three locations of a group, you earn a VP. Controlling the “pivotal location” of the group will let you remove or move 2 cubes in that group.

Turns will go by in this manner until three rounds have passed. A final crisis happens, which is kind of a weird matching system that lets you move around a few more cubes and the game ends with one final awarding of VPs. Fort Sumter is a low scoring game, with the winner usually having around 7-8 points.

In case you can’t tell from the high-level overview above, Fort Sumter is a fairly easy game to learn. If you’ve played the tabletop version, then you can jump right into the app as the controls are fairly intuitive. If not, the app offers a guided tutorial that baby steps you through a game. I found that it was great as a learning tool—I had never played before—and was ready to start a real game once I finished the tutorial.

The gameplay, in general, was fairly enjoyable with games against the AI taking about 15 minutes. Speaking of the AI, I do wish that there were a few difficulty settings. Even with my limited experience I can easily beat the AI and have only lost one game, and that was mostly due to some really crappy card draws (more on that in a minute). It would have been nice to have some difficulty settings for the AI, as right now it doesn’t really pack all that much punch. The AI is also a tad slow early in the game, so be aware of that.

The other issue I ran into is more with the core gameplay than with the app. Luck of the draw can definitely have an impact on the outcome of the game. Card events are mostly one sided—either only playable by the unionist player or secessionist player–with a few cards working for both. In the game I lost, literally each round I had only one card that I could play for the event, which means I was only every adding a couple of cubes with each action. Thankfully, the game is fairly short so you can just opt to play again.

The app also offers online gameplay, either synchronous or real time, and it works fairly well. If you’ve played a game from Playdek before, things should be pretty straight forward. If you have the time to play with other people, this would be the preferred way to go.

I like that Fort Sumter has a quick playtime and some interesting decisions to make throughout the game. I’ve always been a fan of the Twilight Struggle card system, with players needing to decide the best way to use their cards. For only $5 (at the time of this writing) picking up Fort Sumter is an easy choice for someone looking for a quick playing game with some nice tactical options. While not perfect, it’s still an enjoyable game that does a lot of things right. At its heart it’s a cube pusher, but it’s one that uses that mechanic in a satisfying way through the event cards and other tactical decisions.

Final Score: 4 Stars – A quick playing game that uses its card driven system well, but the AI could definitely use a boost.

Misses:
• AI is pretty bad
• Luck of the draw can hinder you