Evolution: The Beginning is a fantastic gateway game where players adapt and evolve different species in an effort to rake in the most food by the end of the game. It is easy to learn and fun to play for new and veteran players alike. 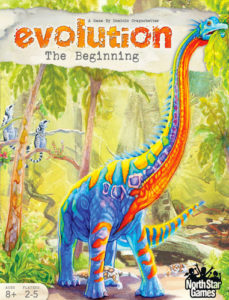 After graduating from mass-market entry-level game (especially those found at big box department stores), few experienced players look back without the driver of children or new friends. Gateway games have a very important and tenuous role to play for the industry, and publishers really need to put their best foot forward when they release them; they have to slope the learning curve and bring newcomers in for a soft landing. If the rules of the game are too difficult to understand or remember during the first play through, publishers risk turning away potential gamers from not just that single game, but the entire hobby.

This is what manifests the dreaded “your games are too complicated, can’t we just play something we all know already?”. All niche hobbies/interests run a similar gamble, but with such a small, albeit growing industry, it is especially toxic for hobby gaming. Plainly, gateway games grow the hobby while complex games cements the fan base. Evolution: The Beginning is my new go-to gateway game for new players.

Designed by Dominic Crapuchettes for Northstar Games, Evolution: The Beginning is a hand management card game for 2 to 5 players (that plays best with two or four players) and takes about 40 minutes to play.

Evolution: The Beginning pits players’ species against each other as they adapt traits in order to consume the most food from the communal watering hole, or other species. At the end of the game, the player who has collected the most food throughout the game is the winner.

The components are great. Fans of the bigger-box games will recognize the card quality and quantity. Artwork is, as is a staple in the series, phenomenal. Ben Goldman and Catherine Hamilton made some gorgeous and absolutely frame-able watercolors (which can really be yours with a quick google search). The graphic design is simple and clear and the stunning artwork does not interfere with the legibility of the cards. The rulebook outlines the turn phases clearly and provides thorough descriptions of card actions and abilities for easy reference.

The game is played with 10 different offensive and defensive trait cards that boost a species ability to eat or not be eaten. Turns are broken down into four phases:

1) Gather: Players add food to the communal watering hole, each gets one new species, and collects trait cards from the draw deck.

3) Eat: Where herbivores feed from the watering hole and carnivores consume other species as prey.

4) Score: Where the food collected during the previous phase gets added to each players’ token bag.

The game continues in this manner until the deck of cards has run out. Highest score wins.

So how does Evolution: The Beginning find its way from the shelves of Target onto the shelves of experienced gamers? Let me set up a scenario for you: a group of people you are acquainted with hears about your hobby board game collection. They have played Catan, someone loves Clue, and a cousin recently purchased Pandemic, but has not figured it out yet (OMG so many pieces!). You have been tasked with bringing a piece of your collection to next social gathering at a local watering hole. Evolution: The Beginning is that game.

It is complex and deceptively easy to learn and looks unlike any of the typical gateway games, getting players to think outside of the board and the dice and introducing concepts of hand management and some minor engine building. Most importantly, the rules are simple (play a card for this or that and do what it says) and you will not lose your audience before you finish setup (to an “oldie but a goodie” or their phones). The first time I played Evolution: The Beginning was at a local watering hole with distractions aplenty, but it held everyone’s interest throughout the evening.

Interestingly, I found that (as advertised) playing with two players is a very different game than playing with 3 to 5. With two players, the game takes on much more of strategic and tactical bent with both players essentially creating engines to protect their species from one another, rather than engines to consume as much food as possible. Food scarcity at the watering hole creates a lot of player interaction and drives carnivore population growth in larger player count games.

With more players, the complexity of the two-player game isn’t lost necessarily, but there is less of a call-and-response in player decisions. 3 to 5 players is still an excellent experience and more appropriate when the purpose is to capitalize on the gateway aspects of the game.

Evolution: The Beginning is a near perfect gateway game. It does what it is supposed to do for new players and keeps experienced gamers (the likely teachers) invested. For people looking to break into the hobby and lead the charge of their own gaming group, the rules are more than accessible and break the game down clearly. The game mechanisms pulled enough from the parent series that the segue to the more complex versions is an easy one.

Honestly, I am most grateful for something new with unique gameplay on the gateway game side of the hobby. I used to dread teaching hobby games to new players, but Evolution: The Beginning has turned into my go-to intro game. In my experience (hint: the aforementioned experience), all players involved voted to play again, then and there, and went on to expanded their own hobby game collections by the next time we played.

Better yet, these same people expanded beyond the games I would err on the side of spectating when invited to play. Evolution: The Beginning took the edge off of the hobby for my new players, making our little corner of the world all the more inviting and that is a very good thing.

If you’d like to get a copy of Evolution: The Beginning, it’s for sale exclusively at Target for $24.99.

Final Score: 4.5 Stars – A great gateway game that can be enjoyed by newcomers and seasoned veterans alike.

Hits:
• Nails the sweet spot of complexity and teachability.
• While not nearly as meaty as the larger games, it can keep all players invested and involved.
• Fantastic gateway game option for kids and adults.

Misses:
• The box doesn’t really need to be filled with so much air.
• A variant or two to increase the challenge rating without having to buy a big box game would be a welcome addition. 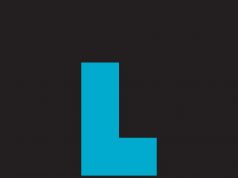 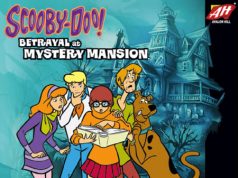 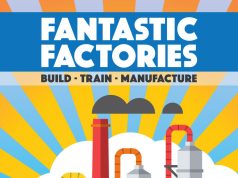 The Liberation of Rietburg Board Game Giveaway