Well it’s July and in addition to being our favorite month of the year, it’s also our Anniversary! That’s right, it’s time to celebrate. And what better way to have some fun then to give away some games! It may be our anniversary, but you are getting the presents! Sound shady? Don’t worry, it’s not. You can work as hard or as little as you want. Want an entry? Just leave a comment on this post at the bottom. Easy as that. However, if one entry is good, then 10 entries has go to be 10 times as good! Just check the giveaway form below for all the bonus options!

So now you are probably asking yourself “Just what kind of swag can I get?” Good question! Well to make things a little more fun, we’ve stolen a page out of the Kickstarter playbook and added some stretch goals. We have some fun prizes selected to give away. However, as our Twitter followers and Facebook fans increase, so does the awesomeness of the prize given away. So spread the word and watch the prize value increase. The winners at the end will get to choose from the any of the prizes unlocked. As an added incentive, at certain levels we’ll pick an additional winner. So get out there and spread the love! We’ll be closing the contest on Friday July 19th and picking the winners soon after that. Have fun!

The winners have been chosen! See the contest form below to see who won. We’ll be contacting all the winners for them to claim their prizes.

The Count So Far 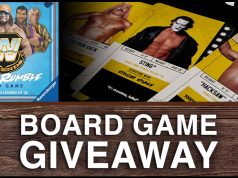