few weeks ago we were able to spend some time with the fantastic upcoming card game, Allegiance: A Realm Divided. Since then, their Kickstarter campaign has been happily chugging along and I figured it was time to take one last look as it winds down. This Magic: The Gathering (MTG) inspired card game has already raised almost $40,000 in funding (at the time of this writing) and is well on its way to meeting its funding goal.

For the game itself, while it seems to have been inspired by MTG, I actually like it a whole lot more than magic. You can read our full game preview article here, but it takes some of the core game play elements of MTG and expands on it by giving each player their own hero with unique abilities. 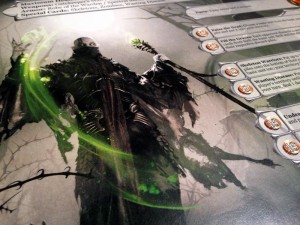 Allegiance: A Realm Divided is a fantasy-themed, fully self-contained tabletop game for 2 to 4 players. It is a unique board-game/card-game hybrid that is deeply strategic in nature, and usually takes between 30 and 60 minutes to play.

In Allegiance, each player assumes the role of one of 10 powerful heroes fighting in a realm divided by war. Each hero represents a different fantasy character class, and plays according to that character’s style, strengths, and weaknesses. Players can customize and level-up their hero’s unique abilities, enlist allied units, and play tricky action cards to defeat their enemies.

In addition to some really fun game play, Allegiance also has some absolutely stunning fantasy artwork. That was actually the first thing that drew me into the game. If you’d like to become a backer, a pledge of $55 CAD (about $50 USD) will get you a copy of the game. The game is scheduled to be in backers hands in February of 2015 and you have until Monday, April 28th to become a backer. So head over today and check it out. 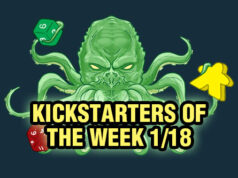 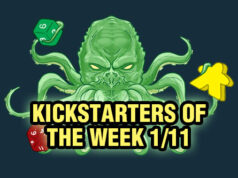 Kickstarters of the Week: 1/11 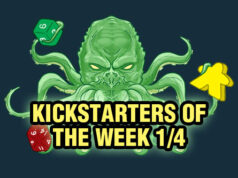 Kickstarters of the Week: 1/4