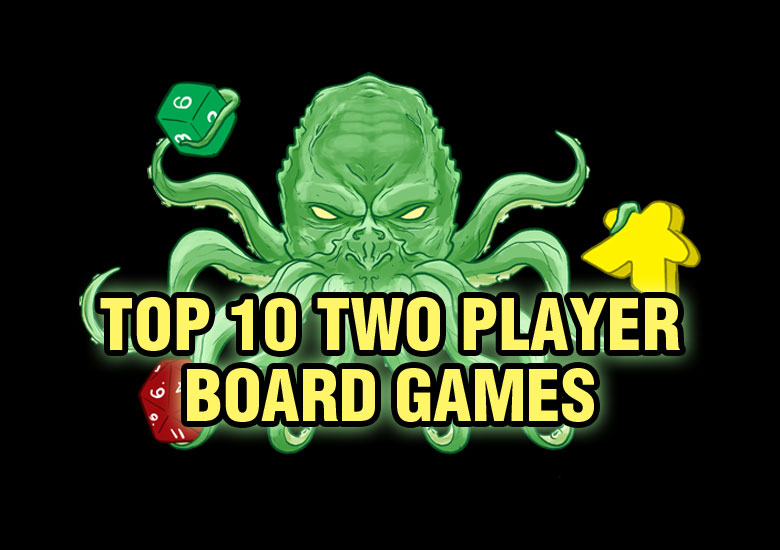 Back in 2017, I released the list of my Top 10 Two Player Board Games. It was a great list that has games I still play 3 years later. However, it’s always good to revisit these lists, and this one popped into my head after a large offering of excellent two player games hit our tabletops in 2019.

I’m going to use the same rules I did last time as well to help keep this list laser-focused. Only games that are strictly two players will count. So while Imperial Settlers is probably best with two players, I’m not counting it as a two player game because it still plays fine with 3 or 4. I am, however, going to make an exception for 2 player games that have 4 player rules shoehorned in by basically splitting roles in half (I’m looking at you War of the Ring).

And finally, I want to address Magic: The Gathering. I got many comments about this perennial title not making the 2017 list. I’m going to keep it off this one as well because it’s not a game I’d really recommend to anyone other than someone who really wants to play it. It is a great game even after all these years. However, it’s also a lifestyle game. It’s not something players usually pick up and play casually. If you want to spend lots of time (and money) on the game, then it still holds its own even after all these years. If you are looking for something to buy once and bring to your tabletop, then this list is for you. Incidentally, if you do want a Magic like experience without having to deck build, checkout Keyforge.

With that out of the way, on to the list!

Last year, Monolith Games updated and reprinted this classic asymmetrical dungeon crawler. One side controls a team of 3-5 heroes while the other controls of the minions of darkness. This dice-based game will have players facing off over a series of missions through a tight network of caves. Generally, the human player is trying to accomplish a difficult task, and the demons are attempting to stop them. Claustrophobia 1643 is easy to learn and also has some great production values. It would actually be around number 5 or so on my list, but it’s currently out of print (and I want to recommend games that are at least mostly available), so I’m giving it an honorable mention. 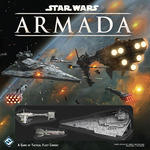 If you are looking for a miniatures game where you can control capital ships in a galaxy far, far, away, Star Wars Armada is an excellent choice. You can create large scale battles right on your tabletop with Star Destroyers, Calamari Cruisers, and just about every other iconic ship you’ve seen in movies and tv shows. Star Wars Armada is a strategic game that requires forward planning as these lumber behemoths don’t turn on a time, so be prepared to have a battle plan and execute it as the game progresses. If you’re more interested in a tactical game with dogfighting, check out Star Wars: X-Wing Miniatures Game as that’s a great alternative.

9. Fox in the Forest

Trick taking games don’t often work well with only two players, but Fox in the Forest manages to pull it off. The deck has 39 cards from three different suits, with every odd-numbered card having a special ability. Where Fox in the Forest gets interesting is that there is a sliding scale for how many tricks you want to win. Win too many tricks and you earn no points for being greedy. Hit the sweet spot in the middle and you’ll score maximum points, or if you can force your opponent to take almost all the tricks, you’ll earn the points instead. It’s a really clever game that trick-taking fans will enjoy. And for those of you that prefer cooperative games, there is now Fox in the Forest: Duet where players work together!

In this easy to learn card game players are participating in a series of battles to control two of the three theaters of war. Each round you’ll have a hand of six cards (out of 18 total) to play to each of the theaters. Cards almost all have special abilities so players need to strategize not only on the order they are played, but how. Air, Land, & Sea is an easy to learn, area control game that will have you thinking how best to use your limited resources, or even when it might be time to withdraw, denying your opponents extra victory points. 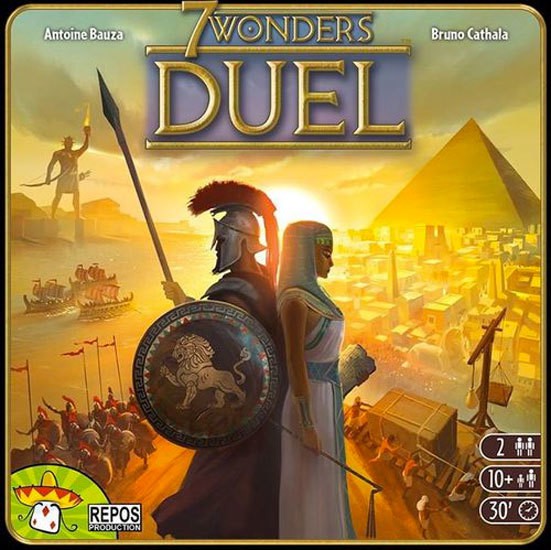 7 Wonders is a classic game that I still love to play 10 years later. However one of the big flaws in the game is that it wasn’t very good with only two players. Thus, five years later designers Antoine Bauza and Bruno Cathala brought us 7 Wonders Duel. A two player, card drafting version of this excellent title. If you are considering picking up this title, I’d highly recommend also getting the Pantheon expansion as it shores up a lot of complaints I had with the core game.

A sleeper hit from Origins 2019, Shobu is an abstract strategy board game about moving rocks on a series of four boards. Just from the sound of it, I’m sure that it doesn’t sound all that interesting…but it is. This is one of those simple to learn, difficult to master games that will have you burning brain cells as you try and outwit your opponent. Shobu proves that you don’t need complex rules and flashy components to have an amazing game.

War of the Ring isn’t a game I pull off the shelf often due to its 2-3 hour playtime. But if you are looking for an absolutely epic game set in the world of Middle-Earth, War of the Ring is nothing short of amazing. One player controls the side of the free people while the other the armies of Sauron. This is a multi-front war that players have to juggle, all while moving the fellowship along their daring mission. The action dice used in the game also help to ensure that each turn is both diverse and tense. Finally, for those looking for a slightly shorter playtime, The Battle of Five Armies is a great alternative choice.

Speaking of sleeper hits, this under the radar title from Grey Fox Games was enjoyed by just about everyone I played it with last year. Bushido is a samurai duel between two players using both cards and dice. Each game begins with players drafting five cards (out of a much larger deck) and a weapon. Those cards are the only ones a player can use during the game, giving this title a ton of replay value. Actions during the game are all handled by dice rolls, forcing players to make decisions between offense, defense, and building up for future turns. If you are looking for an excellent two-player dueling game, look no further than Bushido. 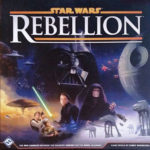 Much like War of the Ring is an epic game in Middle-Earth, Star Wars: Rebellion brings that scale to this beloved sci-fi setting. This asymmetrical game has one player controlling the overwhelming Imperial forces, while the other controls the rebellion in their attempt to destroy the Death Star. Players will command starships, muster troops, and attempt to rally planets to their cause in the epic game of cat and mouse that spans the entire galaxy.

This WW2 deck building war game came out of nowhere in 2019 and delighted fans. Its squad-level approach was both unique and a ton of fun to play. There are a variety of historical scenarios in Undaunted: Normandy and learning to play is fairly easy. This deckbuilding game has players racing to control objective points, all the while fending off attacks from their opponents. Combat is handled via simple dice rolls, with casualties coming in the form of cards being removed a player’s deck. Undaunted Normandy is both addictive and has a great flow to it.
I also wanted to throw out mentions for both Memoir 44 and Heroes of Normandie if you like the World War 2 theme but were curious about other options. Memoir 44 is a great card-based system that has spawned multiple offshoots, while Heroes of Normandie  (or one of its thematic offshoots) focuses more on the tactical movement of your squad with a heavy amount of dice combat. Both are excellent alternatives. 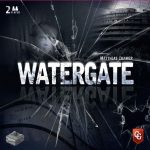 Coming in at the top spot in my rankings is Watergate from Capstone Games. This was a game that I wasn’t expecting to like due to the political nature of its theme. Yet Watergate is really more about the scandal and a clever cat and mouse game between the Nixon administration and the Washington Post. Players must divide their attention between securing lines of evidence and also controlling the momentum and initiative. It’s an asymmetric game full of hard decisions and interesting gameplay carefully balanced to a fine edge. Throw out any reservations you might have on the theme because Watergate is absolutely fantastic. 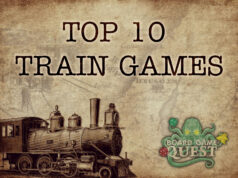 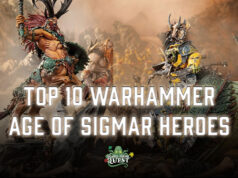