When it comes to game mechanisms, trick-taking is one that I’ve always enjoyed. I grew up playing many hundreds of games of Euchre with friends and family. Not to mention thousands of online games of Hearts and Spades.

But with modern board gaming, trick-taking is just a tool of many available to designers. Today we are going to look at my top ten trick-taking games. I am excluding all games that are played with a traditional deck of cards. This is more about games that take trick-taking and do something a bit more with it. Plus there isn’t really any point arguing which is better between euchre, hearts, and bridge (it’s euchre!).

David and Goliath feels very traditional, but with a very different scoring system. There are no teams and you earn points for the cards that you win. However, the card you play into the trick to win it is given to whoever played the lowest card. There are many interesting decisions to make to maximize your points.

Trickster: Champions of Time adds a lot of interaction that isn’t normally found in trick-taking. You have to be able to follow the rule or you collect the cards in the trick. Cards are points, but you are trying to avoid scoring points. Each card in Trickster has a special power though, allowing you to move things around and really throw a wrench in other player’s plans.

This hard to find game is a neat little bridge variant. PaiMiahh! is a great game to introduce people to bridge-like contract bidding and “dummy” hands, without having to force them into learning the language of bridge.

Originally published as Seven Seals and then as Zing!, this game has had more than its fair share of rebrandings. Now published by Eagle-Gryphon games, in Sluff Off, you will bid not just on how many tricks you will take, but which suits you will take. You can also choose to “Sluff Off,” or bid that you won’t take any tricks. You get points for any contracted tricks you aren’t able to take.

Honshu is a tile-laying game that is somewhat disguised as a trick-taking game. There are no suits to speak of, but whoever plays the highest card gets first pick of the card to add to their town. Many of the cards in Honshu are similar, so there are a lot of tricks where you don’t particularly care if you pick first or last. But occasionally there is a really important card for you and it’s important to save a high card for those moments.

5. Trick of the Rails

Trick of the Rails is an 18XX themed trick-taker. Each suit is a train company and rounds alternate between rounds where they will gain shares in companies and add tracks to the company’s line. When a game of Trick of the Rails comes to an end, each company will have a value and the player with the most valuable stock portfolio is the winner. 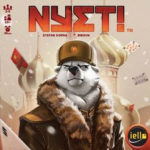 Nyet! adds somewhat of an auction element. Each round, players will, together, determine the trump suit, who plays first, and how many points each trick is worth. This is done by process of elimination as you can eliminate one thing each round until only one option remains to set the rules for the hand. Nyet! is played in partnerships, but they are chosen by the first player and can change each round, leading to interesting but short-lived alliances.

3. Fox in the Forest

Fox in the Forest is a fairly new game that is a purely 2 player game. Three suits are used and the odd-numbered cards in each suit has a special ability. There are 13 tricks in each hand and you score the most points by either claiming 7-9 tricks or 0-3 tricks. I would have never expected a 2 player trick taking game to work very well, but Fox in the Forest has quickly become one of my favorites.

Designed by card-game designer extraordinaire Mike Fitzgerald (Baseball Highlights 2045), Diamonds has replaced almost all traditional trick-taking games for me. The rules in Diamonds are basically the same as any simple trick-taking game, but every time you play a card that doesn’t follow suit, you get to take an action. You also take an action when you win the trick. And that action is slightly different depending on the suit you play, but all of them go toward collecting more diamonds into your supply.

Originally produced by Moaideas and recently brought to the US by Tasty Minstrel Games, Joraku is my favorite trick-taking game. It has a bit of an area control element, as players try to exert influence throughout a map of Japan that is divided into 7 regions. After the first round, the regions score, with those toward the right worth the most points. The second round scoring is more evenly distributed and the final round tilts heavily to the left. Each time you play a card, you can either place influence into that numbered region or gain that many ability points. Those ability points allow you to move your own markers already on the board or remove those of other players. Joraku is a wonderfully tactical game that takes trick-taking and reinvents it without losing the importance of winning tricks. 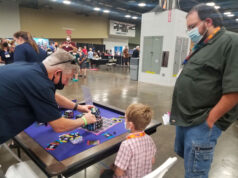 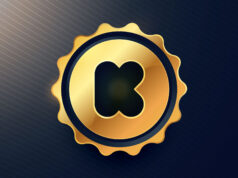 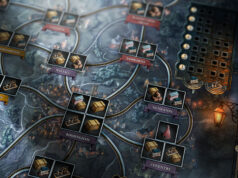