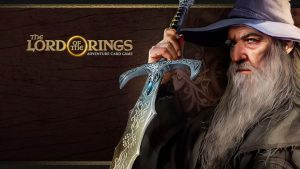 One of the obvious sources for digital games are pre-existing board and card games that have already grown in popularity or have an established fan base. These games bring with them a great deal of expectations and presumptions by players, especially for games that have a long line of expansions behind them. And with the mega-popular card games out there, of course, they have expansions.

One of those physical game brands is owned by Asmodee/Fantasy Flight Games: The Lord of the Rings: Adventure Card Game. It’s big. It’s hairy. And it’s been around for 8 years with fans who have anxiously gobbled up the dozens and dozens of expansions. It’s so big, that it’s difficult to know where to start with the game and what packs to buy.

Well, Fantasy Flight Interactive and Asmodee Digital are partially solving that problem. They’ve released a version of The Lord of the Rings: Adventure Card Game (LotR:ACG) to Steam for PC and Mac. Rather than shell out hard-earned cash for cards, up to 2 players as a team can shell out the same cash for digital assets.

Playing as the various heroes of the Lord of the Rings trilogy, players of LotR:ACG will play cards to have adventures across Middle Earth while defeating the minions and villains spawned by the digital AI Sauron player. Depending on how players want to enjoy the game, each player can enjoy their own solo campaign or pair up with one friend to take on the hordes of Sauron together. The latter play style offers more in the way of focused cooperation, but there is also more challenge as the forces of Sauron grow stronger.

The following is a very, very brief overview of the gameplay. A full guide is available on Steam here along with some detail on the mechanisms.

Players will have a preconstructed deck which includes three selected Hero cards, various Allies, and possibly some Events. These cards will be chosen based on combinations that can be made with other cards and which pair well based on the Spheres of Influence in the game:

Each game begins with an opening narration of the story. After the narration, players will arrive at a location and begin a series of rounds beginning with an Upkeep Phase and then play an Action Phase. The upkeep phase is for players to draw new cards (including the Sauron player) and gain resources to pay for cards. Resources is a very generic term, but it serves to abstract out a mechanism similar to mana in Magic: The Gathering.

During the action phase, each player, in alternating turns, gets a single action to play a card or take an action with a card already played. Players (besides Sauron) will have a group of 3 hero cards already on the field. There is also an objective that must be met before the players can move on from the location to another location in the story. Players will use the effects of their cards to make progress towards the location or battle foes who are almost certainly on-hand to stop them.

If the players manage to make enough progress at the current location, they may travel to a new location which begins with additional narration. Depending on the scenario, players will do this 3-5 times before completing one game. The entire experience could take 1 hour, depending on the complexity of the scenario.

Potential buyers should take note. This is not just a straightforward port from the tabletop card game. The fate and threat meters are the biggest differences, but also the pace and range of effects are enhanced. In addition, the narration and atmospheric enhancements, such as background graphics and sounds, really take the experience to a new level. It is an altogether different experience and a more preferable one to the physical game unless your digital gaming cannot be online.

However, beyond the gloss, two words describe the Lord of the Rings:ACG: deep and amazing. This reviewer strongly advises players to think carefully before purchasing this title. It can dig its claws into your brain and make you dwell on it, even in dreams. The complex puzzle of constructing the perfect deck to counter all the different scenarios is supremely challenging, even at the casual level of difficulty. It’s easy to spend hours agonizing over a deck’s design to counter all the challenges of specific enemies and potential game events.

This is the real knife edge of the game. The gameplay takes such intense concentration and focuses on deckbuilding, the same skills as from competitive card gameplay, that this reviewer hesitates to recommend this to casual players. It’s a wonderful experience to delve into this game, but it also requires a real commitment to learning all the effects and analyzing all the cards. Players will not do well unless they commit to abandoning the preconstructed decks. The other option is to look up the decks of experienced players online and use those.

The other negative that could raise a specter is that in play, the game feels a bit like the Hearthstone user interface. Taking a look at both games side by side, it’s easy to see that one game could be taking gameplay and heuristic cues from the other. The motions of the cards as they enter play and attack feels similar. So, if players are put off by this, they have been forewarned. Just know, this is purely visual and auditory similarity, the gameplay for the Lord of the Rings:ACG is very different.

The Lord of the Rings: Adventure Card Game is a deep, rewarding gameplay experience. It has acres of gameplay and verdant fields of possibility for expansion. Players who have played the physical game can find some new things to explore, and new players have the benefit of the interactive experience to take away all the headaches of game management. Even though this is the only Lord of the Rings branded card game to pursue this level of complexity and depth, it brings it in spades and delivers challenge like few other games.

Final Score: 4.5 Stars – There is very little to complain about with The Lord of the Rings: Adventure Card Game. If you like Lord of the Rings and deep gameplay from complex card games, this is the best game players will find.

Misses:
• Difficult to do well
• Not the most original user interface 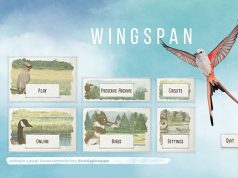