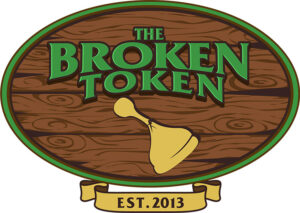 On their social media feeds tonight, Greg Spence the CEO and founder of The Broken Token announced that he will be stepping down as CEO effective tomorrow, September 3rd. This comes after sexual assault allegations were brought to light in a medium article. The post, written by Ashley Taylor, a former employee, alleges that Spence had inappropriate sexual relations with her while she worked at the company. You can read the full post here, but it describes in great detail the history of their inappropriate workplace relationship, including sexual harassment and assault. Ms. Taylor also alleges that there were other victims besides her, however, as of this writing, no one else has come forward.

After word of these allegations spread, many board game publishers began to cut ties with the company. These include Cephalofair Games (makers of Gloomhaven), Evil Hat Productions, Bezier Games, Floodgate Games, IELLO, and others who had licensed The Broken Token to make inserts for their games.

It’s been about two weeks since his denial, and now Spence seems to have changed his stance somewhat. He has admitted to the relationship (which he calls “consensual”) and its inappropriate nature and has subsequently apologized for it. However, he does still deny the allegations of abuse and threats directed towards Ms. Taylor.

His statement also said that “in light of these events” The Broken Token will have to reduce staff from 23 employees to 10 employees. While they will continue to receive health benefits through the end of the month, that’s probably small consolation to losing your source of income through no fault of your own.

Day-to-day operations of the company have now been turned over to Kelsey Royer. It appears that Spence is not actually leaving the company (or selling it to a new owner) just working there in a reduced capacity. The post says that he plans on “supporting [Royer] in this new role as she sees fit”

The Broken Token was founded in 2013 after creating a wooden organizer for the King of Tokyo board game. Word of mouth spread quickly and it has since become one of the biggest companies to make 3rd part organizers for board games. It remains to be seen whether board game publishers will be willing to reestablish ties with The Broken Token in light of this apology and organizational changes.

You can read the full post from The Broken Token here.