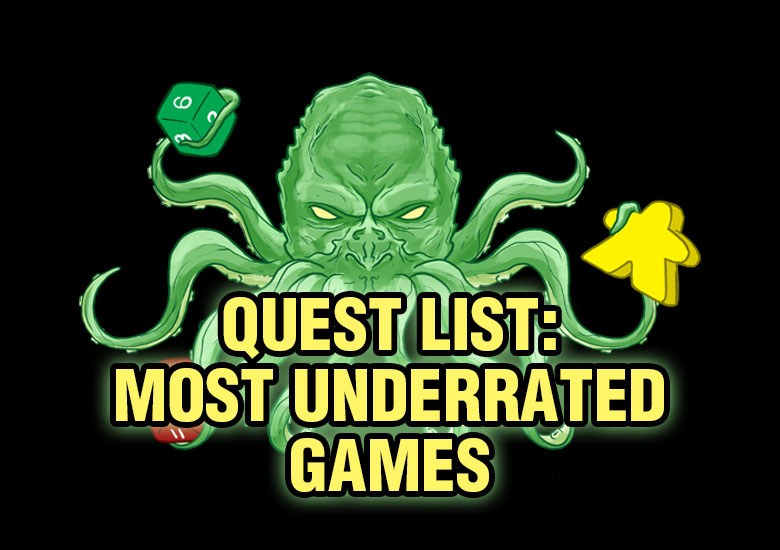 There are games that get a ton of recognition. Heck, we give annual awards for those games. With the wealth of games coming out each year, there are quite a few games that are not given their proper due. Some games deserve more attention due to being great, or it might be incorrectly judged by the masses in our own estimation. With today’s Quest List, we offer our picks for the games we think are the most underrated.

There are a couple of rules to establish for what could be underrated. First of all, the game cannot be a 2018 release or newer. Games released within that time frame are still too new. Some games that were released two years ago are games that the masses have yet to experience. The second condition that must be met is that the game must be outside of the Top 600 on Board Game Geek. Why 600? There are many games within those 600 that are still considered critically acclaimed and well known by the public. Just in the 500’s you have beloved games like Spyfall, Diplomacy, Pax Renaissance, Cuba Libre, and Bang! The Dice Game.

Yes, it’s an ugly eurogame about trading in the Mediterranean. But Calimala is incredibly fast (about an hour), plays up to 5 players, and has an interesting area majority aspect to the worker placement gameplay. The main strategy is not about going against the status quo, it’s about timing and taking advantage of the current state of the board. All of the actions available to you are simple to explain and execute, but really understanding the game takes several plays. On top of this, both the scoring timing and the actions available are modular so nothing but the mechanics feels the same when you play. Honestly, this is the euro I would rather introduce to my friends without the time investment seen in other traditional hot picks.

This game might qualify as the first hobby game I purchased back before I even knew what that meant. I found this one intriguing. Perhaps it was the seed for my enjoyment of two-player, abstract games that are easy to learn, yet hard to master. For a game to take a simple concept similar to Connect Four and not only increase the connection win condition to five, but also added in a rotating panel. That not only changes the strategy you are building towards winning, but might also be your defensive tool. Pentago is not a flashy looking game by any means. But for what it lacks in appearances, it makes up for in satisfying gameplay.

Ranked 742 overall on BGG?! Gold West should be considered an essential game for folks who like mid-weight euros. It has all the staples of the classic euro: tons of ways to score points, interaction among players vying for area control, and a unique mechanism to set it apart. And that mechanism is a mancala-like resource storage where you can delay getting resources to score additional points. In my mind, Gold West should be spoken of in the same high regard as Castles of Burgundy when it comes to entries in the mid-weight euro category.

I was originally a little hesitant to choose this game because it’s long since gone out of print. It was published by an indie publisher and was their only game. However, maybe a little exposure will convince them to do a reprint and bring it back into the light. I’ve actually had people email me asking to buy my copy after the review was published (still not selling). Anyway, Allegiance: A Realm Divided is a Magic: The Gathering style dueling game all self-contained in one great looking box. Each player gets a thematic hero (paladin, elf scout, undead king, etc…) with their own special powers, and then recruits units and action cards from shared decks. If I have the M:TG itch, this is the game I always reach for. No blind booster packs, no deck construction, just a solid game with great art and tons of replay value. 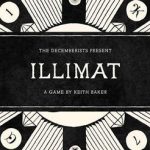 I originally thought this was going to be a gimmicky entry into gaming by an indie rock band, but since the first play, the replay value was self-evident and the strategy was deep. Keith Baker’s mark is all over this one. Illimat is a new game that feels old and feels like a game that will grow old with you—both in a good way. Players are encouraged to modify the game pieces and wear the cards out. The whole package just works together and has been a real pleasure to explore. 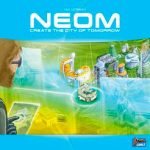 I know when most gamers are looking for city builders they’re not thinking of Neom (currently 1,388 overall on BBG). Obviously they’re thinking of more popular titles like Lords of Waterdeep, Suburbia, or Welcome To. Neom was a gem I played in December 2018 where I was instantly hooked and had to own. It takes game mechanics such as tile placement, drafting, and shared resources and melds them into this fun city builder. Neom also scales well by adding or removing tiles based on player counts and is (like 7 Wonders) played over the course of 3 generations (or turns). Players will start by drafting cornerstone tiles that are powerful tiles and that will dictate a player’s building strategy for a generation and end scoring. The only thing I must admit I was not a fan of were disaster tiles which we house ruled and did not use. Neom is a city builder and those stop the fun of that.
Editors Note: Brian is not very good at following rules as Neom is a 2018 title, but we let it in anyway 🙂

This was a random pull from the Gen Con game library around a decade ago that left a really nice impression on Steph and I. So much so that we made sure to pick it up when we had the chance. Maori is a tile-laying game where you have to build up the islands in your archipelago by picking them up from a central tableau and adding them to your own player board. You score points by having trees and other features on your completed islands. What is novel about Maori is that the orientation of the tiles is inflexible (unlike, say, Carcassonne) so there is far more strategy in picking and laying tiles. The other interesting mechanic is how you can only pick from a particular row or column from the central tableau. There’s quite a bit of game in such a small box and package—this is one that should be on your list to try.

Abstract strategy games already don’t get their rightly-deserved credit. Only two abstract games remain in BGG’s Top 100, yet I’m climbing down to the 4000s. Town Center is a city-building abstract game that operates in 3D. Wooden blocks represent the different buildings that can be placed or grow in a city. Shops provide money to use to place offices, but must be powered by a yellow generator. Apartments will score at the game’s end, but only get bigger if multiple shops are adjacent. Black blocks can be parking lots that give a small amount of income based on their size or an elevator if placed next to a generator (without an elevator, you can’t build vertically). In addition to the building, a turn opens with a unique drafting phase that scales well and can create tough decisions on its own. While a little difficult to understand in the first few plays, nothing compares to Town Center. 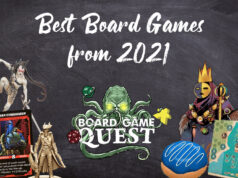 Best Spooky Board Games to Play on Halloween 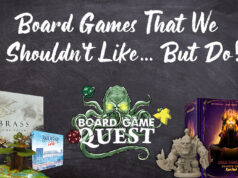