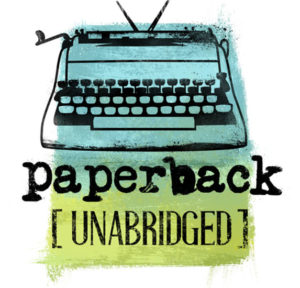 Paperback took the mechanisms from deck builders like Dominion and made a word game out of it. It was generally well received and led to a sequel, of sorts, Hardback. But designer Tim Fowers has also expanded on the Paperback system with the Unabridged expansion.

Let’s take a look at what it adds to the base game and if it’s worth adding to your Paperback collection.

The Unabridged expansion is a modular system with over 80 new cards that you can add to your Paperback experience. You don’t necessarily have to throw them all in at once, and you can mix-and-match to customize your game as you see fit and give some added variability each time you play.

The majority of the cards in the expansion are additional letter cards—55 of them—that can be added to the offer piles during setup. The new cards include:

There are also new cards for your starting deck that replace the five wild cards you start with in the base game. Instead you get a card for each vowel—A, E, I, O, and U. The cards can still be used as a wild, but if used as the vowel, you get a special ability.

Unabridged includes a new set of fame cards as well (12 in total). Unlike the original setup, there is no scaling based on the number of players, which can make the game go lightning fast at the higher player counts. Each card also has a unique piece of pulp-detective looking book cover art, which are all fantastic.

Finally there is a typo deck included in Paperback: Unabridged. One typo card is placed next to each different stack in the offer. The first player to take a card from that offer also takes the typo and keeps it in front of them. It can be used in a future turn when spelling a word and, once used, is passed to the player to your right. At the end of the game the typos score negative points.

There is a lot in the Unabridged expansion to add to your game. The new letter cards make up the bulk of the expansion and—along with the new starting cards—are worth the price of admission. The letter cards add a ton of variety to the game, giving you access to not just more of the same, but new cards with abilities that didn’t exist in the original Paperback. The three letter cards especially can change how the game plays out as they make it easier to play longer words and score common cards more quickly.

I love the new starting cards as they give you a little more direction when trying to come up with words, especially early in the game. Having a card that can truly be wild, if needed, but is more valuable when used as a certain letter is a great twist. I find it actually helps speed the game up as people can get bogged down trying to come up with word they want to spell when they have a whole bunch of wilds in their hand.

The new fame deck falls a little flat for me. The art in Paperback is so good that I was disappointed by the repetitive art for the original fame cards. But having only 12 fame cards just doesn’t seem to work very well for the gameplay at higher player counts. You can supplement the fame deck with cards from the original, or just play with the original fame deck. But this piece feels a bit underdeveloped and it seems a bit like the players are being asked to design how they want the game to work.

The typo deck is the biggest change to the scoring and mechanisms of Paperback. It plays out a little bit like a press-your-luck game. If you collect a bunch of typos in front of you, it’s essentially like having more cards in your hand. You will be able to spell longer and more valuable words. The typos generate more income for purchasing cards if you use multiples of them in a single word, although their income can’t be used on fame cards. But if you get stuck with them at the end, you can end up losing a huge number of points. Many of the games I’ve played with the typo deck had players finish with single-digit points.

My biggest concern with the typos is the game can end without you having a chance to do anything to prevent losing a ton of points. If a player ends the game by taking the last common card on a word that used four typos, they could all be sent your way and you won’t get another turn. It’s a unique element to the game, but not one I’ll be including in most of my plays.

If you look at each part of Paperback: Unabridged individually, there are some hits and some misses. But fortunately the good outweighs the bad and because of the modular design, you can just bring in the parts you like best.

The additional letter cards and new starting decks are no-brainer inclusions for me in every future play of Paperback. Everything else will probably only get thrown in occasionally for a change of pace. If you are a fan of Paperback you’ll want to pick this one up.

Hits:
• New letter cards add a bunch of neat ideas
• Updated starting deck is a huge improvement
• Even the sub-par parts of the expansion can be tinkered with to find how you like to play.

Misses:
• Typos can be fun but also make the game ending weird.
• New Fame cards shorten game potentially too much. 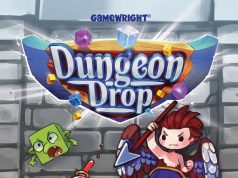 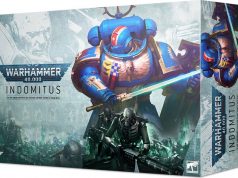