The summer rolls on and so do our Kickstarters of the Week. The week have all veteran publishers returning for some new games to add to their catalog. All have already produced some solid titles, so that gives me some confidence that these next generation of games will be worth checking out. Enjoy!

You’ve hit the museum & jumped the train! But don’t stay long. You’ve gotta be quick in this steal & deliver race game for 2-4 players.

A fast-paced, family friendly tactical card game for 2-4 ninja campers that plays in 30 mins or less.

Now in Scoville you can breed peppers in your own Lab outside of the influence of other players. Time to put your creativity to work. 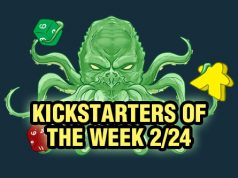 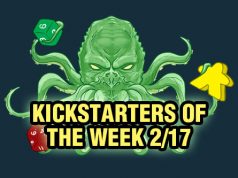 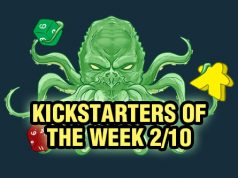 Kickstarters of the Week: 2/10