August is just about in the books with less than a week to go. It’s sad to start saying goodbye to summer so early, but on the other hand, less time outside means more time inside for some gaming. With that in mind, let’s get on to the board game campaigns for the week.

The second printing and a new expansion for the acclaimed Item Shop Board Game Bargain Quest!

War of the Cross: A 7th Sea Strategy Board Game Relaunch

A fast-paced diplomatic strategy board game set in the heroic world of 7th Sea!

Hero: Tales of the Tomes

Become a legendary Hero in this multiplayer card game. No collecting. No deck building. Just play. 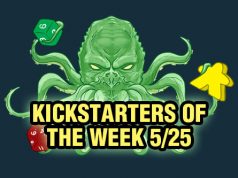 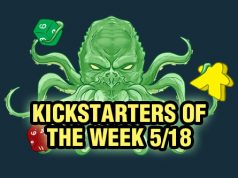 Kickstarters of the Week: 5/18 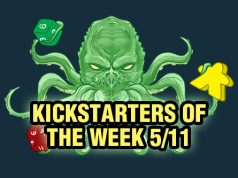 Kickstarters of the Week: 5/11