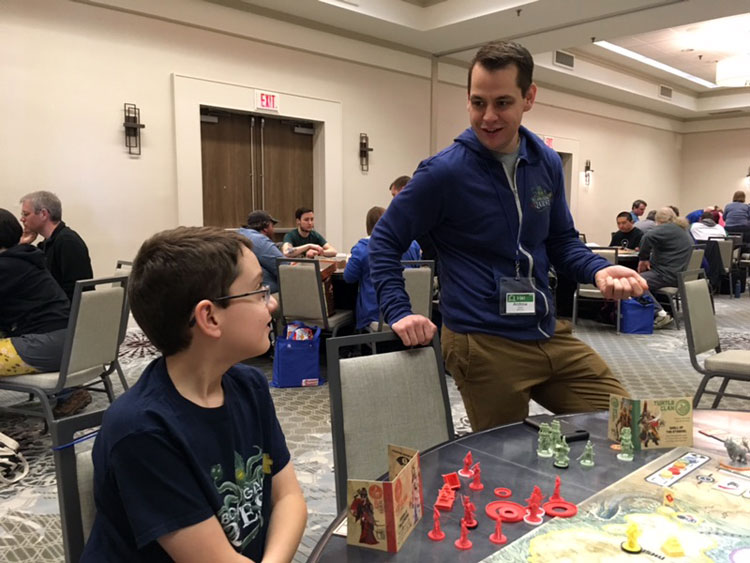 This past weekend I attended the Granite Games Summit (G2S) in Nashua, New Hampshire. Running from Friday to Sunday, G2S is a gathering of about 500 gamers from all over the New England area and beyond. Previously, I’ve only attended the larger gaming conventions—Origins and Gen Con. I wanted to share my experience of this smaller regional convention and explain why you should be attending Granite Games Summit or a similar convention near you.

The organizers of Granite Games Summit supply a game library of a few hundred titles that can be borrowed and played for free by any attendees. However, the number of games available is greatly expanded by attendees who also bring games and leave them on the library tables for the weekend to be borrowed. 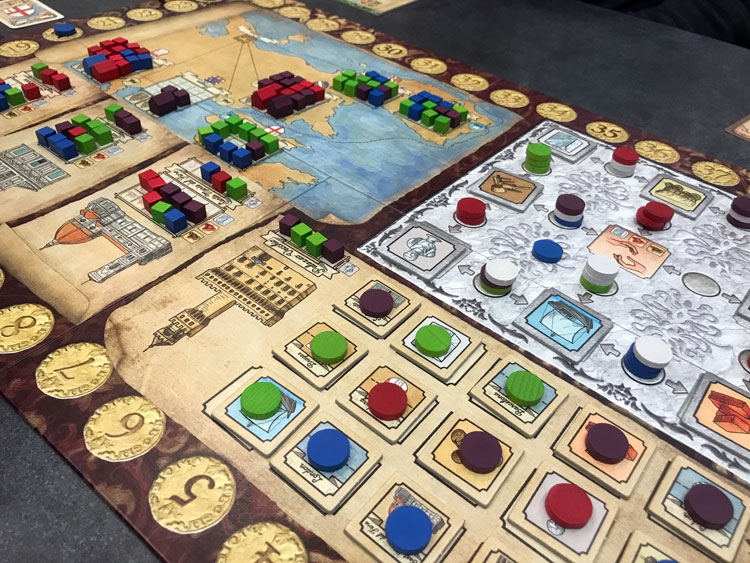 Certainly there was no way to count the number of games available, but throughout the weekend we had no problems finding a copy of any game we wanted to play. “Players Wanted” and “Teachers Wanted” signs were posted throughout the convention so you could easily see from across the room who was looking for more folks to join them. As were two large rooms with plenty of tables, there was never an issue finding a space to play.

The convention also had a handful of scheduled events throughout the weekend. There was a geeky trivia night hosted at the hotel by the fine folks from The Castle board game cafe. Double Exposure also ran a number of free tournaments each evening for games like Diamonds, Neuroshima Hex, and even Ice Cool. Saturday featured a pop-up escape room on site. 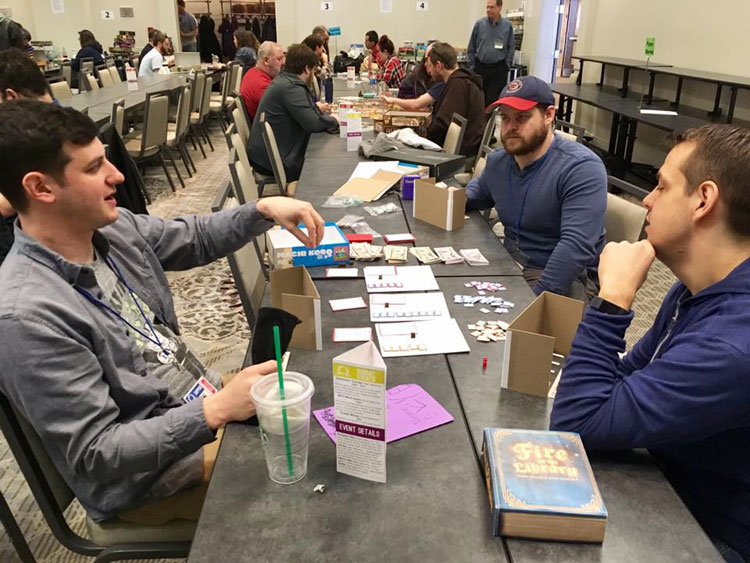 Compared to a larger convention, G2S is really all about playing games. There was a vendor on site with games for purchase if you wanted to pick something up, but that certainly wasn’t the focus. Publishers weren’t there to show off the new hotness, but if you wanted to play a hot new game, someone likely had it available.

Some of the highlights of the convention included playing an awesome game of Rising Sun with fellow BGQ writer Tahsin. I also had a small list of games to hopefully get played during the convention: Clans of Caledonia, Food Chain Magnate, Dominant Species, and Calimala. Thanks to the gracious attendees of Granite Games Summit, I was able to play through all of those and dozens of others.

If you are within a reasonable distance of New Hampshire, you should definitely be attending Granite Games Summit. For those who the distance may make the trip prohibitive, look for other smaller regional conventions in your area. It is a welcome change of pace from the hustle and bustle of Gen Con and you will certainly come away with some new gaming friends that are in your local area.