It’s a dark night in London and it’s time to go to work. You head to your clinic on London’s medically-renowned Harely Street and prepare to get down to business. Looking across the street at your competitors, you know that whoever makes the most money tonight will make partner and be set for life.That’s the premise behind Gothic Doctor, a card game set in London during the 1850s. Each player has 11 hours to treat as many patients as possible and earn the most money. Gothic Doctor is a card game for 2-5 players that will play in about 20-30 minutes.

In Gothic Doctor you will have a hand of 7 cards ranging from various cures to action cards. Each turn you will try and use your treatment cards to to treat one of the 7 available patients in the waiting room. If you have the right combination of treatments you can cure a patient and earn a cash reward for your services. After the 11th hour, whoever has the most money is the winner.

Setup is fairly simple. Each player starts with a hand of 7 cards (6 treatment cards and 1 action card). The medical library is dealt out 3 face up treatment cards and 7 patients are put into the waiting room.
The game will be played over the course of 11 rounds. Each round a player can first, play an action card (optional) and then treat 1 patient (provided they have the appropriate treatment cards). The action cards will do things you might expect such as: hinder your opponents, help yourself out, change face up cards, etc. We found some to be more powerful than others, but most all were useful.
If you have the appropriate treatment cards in your hand, you can discard those to treat a patient. If you do, you take the patient card into your score pile and it’s replaced in the waiting room. At the end of your turn, you draw up to 7 cards if you treated a patient or 9 if you didn’t (but you still have to discard back down to 7). You can either chose a face up treatment card or a blind draw from either the action deck or the treatment deck.
And that’s it. Rounds play out until the end of the 11th round. At that point whoever has the most money is the winner.

We were playing with a preview copy of the game, so I can’t comment on the game’s components. From what they’ve put together so far, I like the direction they are going. I think this will be a nice looking card game once it’s on the market.
I’m also not sure if the rules are 100% final, but I’d guess that they are pretty close. We played a number of games and each one flowed pretty well. We had a few hiccups at the start, but that was mostly our fault for misreading some rules (which can often happen with pre-release copies of a rulebook).
But, from our experiences, rounds moved quickly and players had to be strategic to keep up with each other. I’d say the hardest choices in the game are deciding what to draw. I liked that there were always 3 face up treatment cards to choose from. That helped you pre-plan your future moves as you can cards you might be missing to cure a specific patient.

However, with only 3 face up cards to choose from, sometimes you will be better off with just a blind draw. In this case, you need to decide whether you want to grab an action card with one of your draws. It’s a tough decision because sometimes that extra treatment card will make all the difference. Yet some action cards can really improve your position in the game. The decision making during draws was a fun part of the game that we really enjoyed.
Learning the rules of the game was fairly simple and it didn’t take us long to get playing. I think once the game has a properly formatted rule book you should be up in playing in a matter of minutes. I also think the theme and the game tie really well together. There are a nice variety to monsters and a large range of treatment cards.
In fact, if the game has a flaw, that’s probably it. Sometimes you just get unlucky with your draws and are stuck with a lot of treatment a cards that are useless to the current patients needing treatment. It can be frustrating to have a hand full of cards that can’t be used. But with careful selection from the medical library and some luck of the draw, this shouldn’t be too big of an issue. This should also be less of an issue with more players, as patients will constantly be moving out of the waiting room.

In Gothic Doctor you have a fun game with some easy to learn rules, quick play time and should be accessible to gamers and non-gamers alike. I’m looking forward to seeing the full game produce with its final artwork.
While Gothic Doctor isn’t a deep, strategic game experience, it does make for a fun game. What you get is a very thematic game that is perfect for a pick up and play session. Since it’s so easy to learn and the game flows fairly quickly, Gothic Doctor will be right at home to open a longer night of gaming or as a quick game when you don’t have a lot of free time.
If you are interested in checking it out, it’s currently in funding on Kickstarter and scheduled for delivery to backers in April of 2014. You have until Saturday, June 29th to become a backer so head over today. 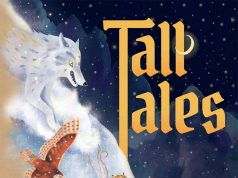 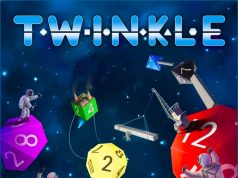