Development of all future miniatures games will be handled by Atomic Mass as well. The move to a specialty studio positions Asmodee’s miniatures titles for even greater success in the future.”

As far as what will happen to the employees of Fantasy Flights’ miniature division, only a few names were mentioned.

“Simone Elliott, who has shepherded Fantasy Flight’s relationship with Lucasfilm Licensing since 2015, will lead Atomic Mass Games during this time of expansion as Head of Studio. Will Shick assumes primary creative oversight as Head of Product Development. Joining them will be key members of the teams involved in the creation and evolution of Fantasy Flight’s current Star Wars miniatures games, Star Wars X-Wing, Star Wars Legion, and Star Wars Armada.”

Speculation online (reddit thread) suggests that Fantasy Flight Games has laid off a number of employees corresponding to this move. Although BGQ hasn’t received any corroboration on those reports. We’ll update this article if more information becomes available.

Fantasy Flight Games has been shrinking of late, with their card sleeve line going the way of dodo in favor of owner Asmodee’s Gamegenic line of sleeves. The company also shut down its interactive division earlier this year and reduced the headcount of its RPG division.

You can read the full press release here. 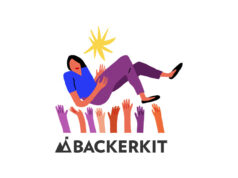