We review the new trick taking card game Cahoots for both iPhone and iPad. This universal app is a unique take on a tried and true card game genre. Players must work together with all of their opponents to score the most ppints. 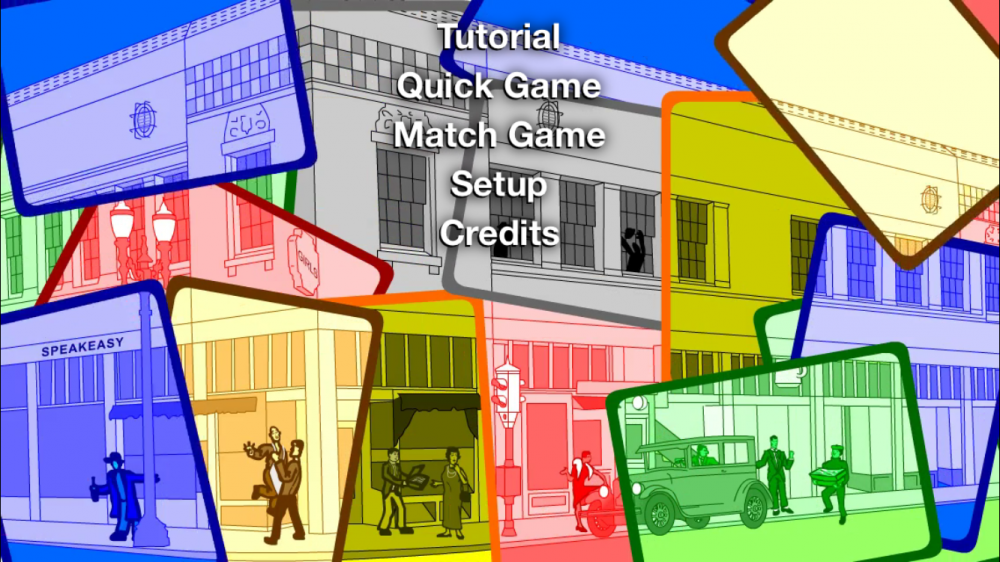 If there is a concept in card games that just about everyone is familiar with, it’s probably trick taking games. I’d wager just about everyone has played a game of Hearts or Euchre with their family members at some point. Hearts was invented back in the 1800s and is still incredibly popular today. With that kind of longevity, that goes to show that the trick taking mechanic is here to stay.

It’s with that in mind that we dive into the new iOS card game Cahoots. Designed by game designer Jay Treat, this app was developed by fellow board game addict Josh (of Board Games by Josh fame). In Cahoots, players are trying to earn points by winning hands of cards (tricks). The key is that must work with each of your opponents to be victorious. So let’s dive into the game and see what it’s like.

As mentioned earlier, in Cahoots the object is to score the most points by winning tricks each round. The cards are divided into 6 suits with cards numbered 4 through 8. Each player will have 3 suits assigned to them at the beginning of the game and each of these suits is shared with one of their opponents. So you must work together with all of your opponents to score the most points. For every trick a player wins in their assigned suits, they will earn two points (or one point if 2 suits are tied for the most).

Each round players start by choosing one card to play (one player at a time) and then a second card after the first four cards have been played. The suit with the highest total value of cards plays wins the round. Then at the end of the round, each player takes turns selecting a card to take back into their hand and a card to discard (in either order). The game ends once all the cards have been played and the player with the most points wins.

The interface in Cahoots works fairly well. Once you fire up the app, you are greeted by a menu screen with a few options. To play the game, you can either choose Tutorial, Quick Match (one game) or Match Game (play to 100 points). There are also options in the setup menu for setting the opponent’s difficulty level and game effects (sounds, animations, etc…).

Once you are in the game proper, the interface is made out to look like a game table. Your cards are on the bottom of the screen along with which colors you are assigned (and your points). Playing the game is as easy as dragging the card you want to play to the center of the screen.

Overall, the interface works well, although I’d say it’s more functional than flashy. There is music included but most likely you’ll quickly mute that as it gets stale pretty quickly. Those coming from some of Playdeks titles (Lords of Waterdeep, Agricola) will miss some of the sleekness in the interface. While there isn’t a lot you can do with a standard card game, the interface still feels a little basic. The only real thing I was missing from the interface was a guided tutorial.

The game does have a tutorial, but it’s just a few alert boxes of text explaining the rules. I usually prefer a tutorial to guide me though a few rounds of play, telling me what to play and why so I can get a feel for the game. The tutorial in Cahoots is done via alert boxes and once you close them, there is no way to get the rules back, not even in the options menu. I actually had to play the tutorial a second time to really grasp the concepts of the game (which really isn’t that hard overall).

Even though it may lack some of the bells and whistles of the bigger card/board game apps, Cahoots is still pretty fun to play. The game is clever and if you are a fan of trick taking games, I think you’ll find it pretty enjoyable. It’s definitely a fresh take on an age old game mechanic.

I like the concept of having to work with different opponents to try and score points, although sometimes I want to throttle the virtual players for not following my lead. Sometimes I’d play a suit expecting an opponent to follow to we can score points, only to have them play something way out of left field. To be fair, it could be that the card they are playing is tailored to their strategy and I’m just being a baby about it. I must admit, I’m not the best Cahoots player and still lose against any AI above easy.

Speaking of AI, this is the only mode to play the game. Unfortunately there are no pass-and-play options or online play. I am not a very big fan of pass-and-play games for anything with hidden information (too much work), but online play would have been nice.

One of the best things about Cahoots is the strategy you employ during the game. There are a lot of decisions to be made each turn in this quick playing game. When you choose a card, should you play one to try and get your suit to trump the others or do you dump a card if you think a loss is inevitable that round. Sometimes the choice feels obvious, but there have been many times I’ve thought I was being clever and dumped a high card in an off suit only to have my opponents jump on that card and win the round. That’s one of the interesting things about the way Cahoots work. Since you are working both with and against all of your opponents, you never really know what they are going to do.

Cahoots is available as an universal app, so one purchase will get it for both your iPad and iPhone. I’ve tested it on both devices and have run into zero issues. I do prefer it on the larger screen, but I had no problems navigating the game on the smaller screen. I do like how the app has score total boxes below all the cards are played. This helps to make some quick decisions during the game without needed me to count up all the cards manually. I can quickly scan the totals and know if it’s worth going for the win that round.

Cahoots unique play style and quick playing time had me going back to it over and over. I found the game play to be surprisingly addictive and a fresh take on the trick taking genre. Cahoots has me constantly thinking of the best way to work with my opponents to win the hands, and the right answer wasn’t always obvious. That being said, the app could use some more polish and I would really like to see some online play or even local pass-and-play. The barebones graphics aren’t going to be winning many people over, but the game play is highly enjoyable and worth the cost of entry.

I thought long and hard about what to rate this app, as it could defiantly use a bit more to bump it into the “must own” category. This is the first time I was wishing I had a “half” rating to give it. The game play is great and the app works as intended, but the lack of multiplayer definitely holds it back. That being said, for $1.99, it’s not a bad deal if you are a fan of trick taking games. If you are only a casual fan of the genre, you probably would have been happier paying its $.99 launch price. Still, if you are looking for something different than the usual Hearts or Euchre, then I think this one will be worth the price for its unique game play. For others, maybe keep an eye on it for a sale. 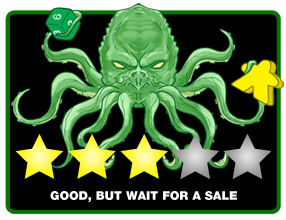 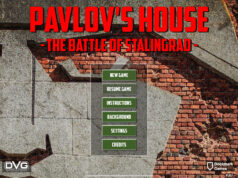